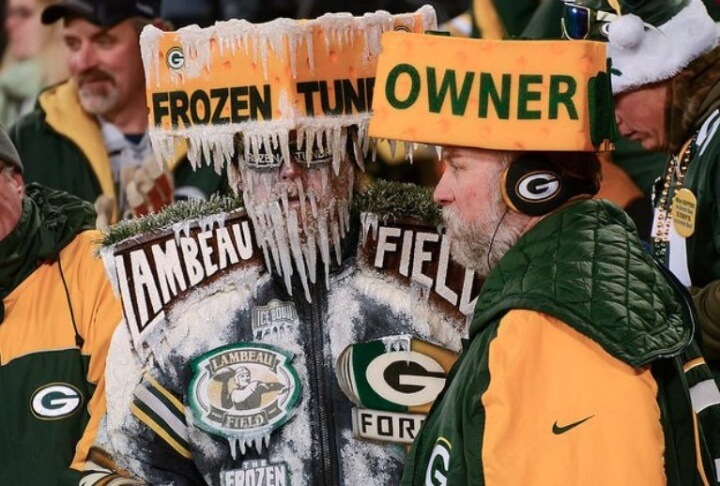 For many years, I have held two shares in America’s only publicly owned major sports team, the Green Bay Packers. There are no dividends, no special seats, no stadium perks. I cannot sell the shares. I can only pass them on to immediate family. But owning these shares does in fact make me a part-owner. And as such, I am registering my first demand: The Pack must hire Colin Kaepernick.

Kaepernick’s pathbreaking “take a knee” before the national anthem guarantees him an historic place in the civil rights hall of fame. Begun last year, it is a carefully considered,well-timed, and very public call to pay attention to ongoing police brutality toward black people in this country.

Since Kaepernick quiety began his protest as a San Francisco 49er, hundreds of athletes in various sports at all levels have joined in. Rarely in history has series of protests sparked such a riveting dialog, or been so widely misconstrued. As Kaepernick’s teammate and fellow protester, Eric Reid, wrote in a New York Times op ed: “It baffles me that our protest is still being misconstrued as disrespectful to the country, flag, and military personnel. We chose it because it’s exactly the opposite.”

Kaepernick and Reid knelt while on the roster of the San Francisco 49ers, who are having a miserable season. Reid is a cornerback and still playing. But Kaepernick, facing certain elimination by the 49ers, chose free agency. He remains one of the most talented athletes in the world, but thus far no franchise has had the courage to hire him.

From the sidelines, President Trump has cheered on discrimination against NFL players who protest, saying owners should issue directives to “get that son-of-a-bitch off the field” and fire them. Since then, multiple NFL players say they have been warned about doing any kind of demonstration during the national anthem.

Now Kaepernick has filed a legal complaint against the NFL owners for conspiring to deny him a job. Mark Geragos, one of Kaepernick’s attorneys, said in a statement: “If the NFL (as well as all professional sports leagues) is to remain a meritocracy, then principled and peaceful political protest—which the owners themselves made great theater imitating weeks ago—should not be punished and athletes should not be denied employment based on partisan political provocation by the executive branch of our government.”

The lawsuit and the controversy as a whole underscore the need for all professional sports teams to be owned by the communities in which they live. The billionaire owners treat these public treasures like personal toys and the players themselves like field hands. This has to stop.

On Sunday, Green Bay’s star quarterback Aaron Rodgers was sidelined for perhaps the rest of the season by an unnecessary, unconscionable, and unpenalized late hit by Minnesota Viking Anthony Barr. Rodgers was left with a broken collarbone and the Packers were left with a second-string quarterback, Brett Hundley, who led the team to a loss.

Whether or not Hundley plays well enough in ensuing games to justify staying on as a starter, the Packers need to pick up another quarterback.

In 2012, Kaepernick led the 49ers to the Super Bowl, losing by a single field goal. The team has since slipped in part because it lost its superb coach Jim Harbaugh (who has remained supportive of Kaepernick). But Kaepernick’s numbers last season were strong, with 18 total touchdowns against just four interceptions. He is still an excellent passer, with running abilities rarely seen among NFL quarterbacks. At 30 years of age, he’s within his physical prime while being more seasoned and savvy than most of the league’s designated starters.

Throughout the season, I’ve been hoping the Packers would hire Kaepernick as a backup. But now this possibility has become an imperative: The Packers must hire Colin Kaepernick. They need another quarterback. He is the best one available. As an owner, I have made my decision.

The protests inspired by Kaepernick should be honored, not disparaged; they exalt our glorious First Amendment by using it to confront the disease of racism that plagues our nation. In a league in which about 70 percent of players are black, it is what we should expect.

So, as an owner, I now respectfully direct the Packers’ management to do what’s best for the franchise, and the nation.

I further ask that they notify me immediately, so I can be first among the millions to buy a new Packers’ jersey with Colin Kaepernick’s name on the back.