by Nick Josefowitz and Tom Radulovich on October 31, 2016 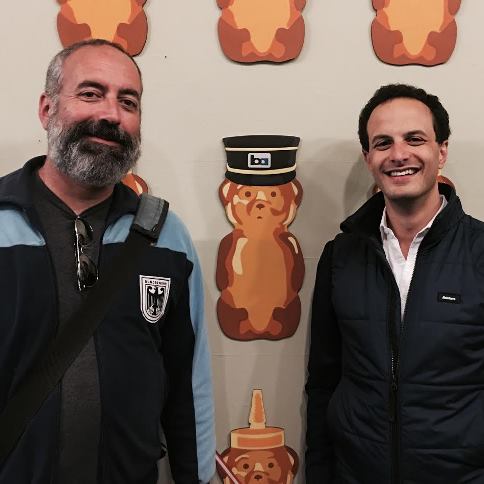 On November 8, voters in San Francisco, Alameda, and Contra Costa counties have the opportunity to reinvest in the backbone of our regional public transit network.  Measure RR, the BART infrastructure Bond at the very bottom of your ballot, will authorize $3.5 billion to pay for fundamental infrastructure upgrades that are necessary after 44 years BART operations.  This includes replacing over 90 miles of old rails, upgrading BART’s 1960s train-control system, updating electrical power systems, repairing aging tunnels, replacing unreliable elevators, and enhancing existing stations.

Measure RR is the heart of BART’s reorientation to maintaining and updating core systems. In past decades, BART focused too much energy on costly expansion projects with limited ridership.  This came at the expense of basic core maintenance. Thankfully this has changed — we now have agency leadership that prioritizes the performance and maintenance of the existing BART network before adding new extensions.

BART’s commitment to core reinvestment began years ago by securing funding to replace BART’s aging rail cars.  These new trains cars will begin entering service early next year. BART has also improved maintenance practices, nearly doubling the distance each train car travels before it experiences a breakdown.  As a result, BART is best in the nation in terms of the portion of its fleet that is available for service. Measure RR investments take the critical next step in this turnaround.

Measure RR, however, will do more than support safety and reliability – these investments will allow BART to significantly increase capacity. Power upgrades and a modern train control system will allow BART faster and more frequent service, accommodating nearly 200,000 additional daily riders. This additional capacity represents the single largest increase in public transit capacity in the history of the Bay Area — more than the current daily ridership for all of Muni Metro.

Many San Franciscans don’t have a BART station in their neighborhood, but all of San Francisco benefits from BART.  San Francisco’s economy, and the essential services that it supports, rely on BART as an efficient means of delivering commuters to San Francisco jobs.  In addition, Measure RR’s fundamental infrastructure investments are essential for Muni riders and car commuters who depend on working roadways. More congested streets and highways are what we see when BART is unreliable, or when it can’t keep pace with regional growth.

Measure RR’s investments will also expand upon BART’s existing environmental benefits. BART already has the lowest greenhouse gas emissions per passenger mile of any U.S. urban rail transit system.  Measure RR upgrades to BART’s electrical infrastructure will allow more on-site solar power at BART stations and yards, supporting BART strategy for 100% renewables energy sources by 2025.  In addition, BART capacity growth is among the most cost effective ways to take cars off the road, thereby reducing greenhouse gas emissions and improving our air quality.  We all deserve clean air and livable streets that aren’t clogged by an endless procession of cars.

BART stands at a crossroads.  Without meaningful investment, declining reliability and capacity constraints will disrupt access to jobs and services, increase roadway congestion, and undermine our sustainability goals. On November 8, it’s time to take responsibility for our transportation infrastructure, and rebuild BART from the ground up.  Please vote yes on Measure RR.