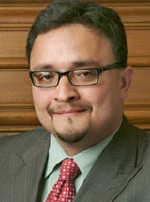 Chants of “Si se pudo” or “Yes we did” echoed across the second floor at City Hall Tuesday afternoon, after a veto-proof eight Supervisors voted to amend a law to support due process for undocumented youth.

Since July 2008, law enforcement in San Francisco has been required to report suspected undocumented youth to Immigration and Customs Enforcement upon arrest for felony charges, without going through due process. The new legislation would not report the youth until convicted. Mayor Gavin Newsom opposes the change.

“This is really for our youth, for our kids,” Supervisor David Campos, who initiated the legislation, said to a cheering crowd outside the chamber after the vote. “They deserve nothing less than full equality. Just because you’re undocumented does not mean you’re not a person according to the United States Constitution.”

Hundreds came out to the Board of Supervisors meeting to witness the vote and many were sent to overflow rooms. More than half the people in the main chamber were students from Mission and Lincoln high schools, many wearing stickers reading, “Keep families together” and “Due process for youth.”

In comments to open the topic, Campos spoke about the importance of San Francisco taking a stand. He mentioned San Francisco’s murky historic record with immigration, commenting on Chinese exclusion laws in the late 1800s.

“This local government has unfortunately taken the wrong position at times,” he said. “My hope is five, 10, 100 years on from now, people will look back and say, ‘We are proud of what the Board of Supervisors did in 2009.’”

Campos harshly criticized the San Francisco Chronicle for its coverage of the issue, and said its stories have had anti-immigration undertones.

“The San Francisco Chronicle has not always gotten it right. They’ve been on the wrong side of history before,” Campos said, adding the newspaper condoned Japanese internment.

Seventy San Francisco organizations and agencies supported and advocated for this legislation, which Supervisor Eric Mar acknowledged before the vote.

“The solution and answer is to stay organized and work with activists and legal scholars,” Mar said. “This is such a historic moment, but the fight is far from over.”

Angela Chan, staff attorney with the Asian Law Caucus, said the Supervisors’ vote was important to immigrant youth and families in San Francisco.

“[The supervisors] took a stance that could be unpopular,” Chan said. “They stood by their values rather than being afraid. I think for immigrant youth and families, it shows they have the support of the community.”

Chan added referrals to ICE will be reduced by half and with the change, five to seven fewer youth per month — those who are innocent, overcharged or documented — will be sent to the immigration enforcement agency.

Activist Jose Morales was excited about the vote of the supervisors.

“I came to witness a great win,” Morales said. “We have now accomplished our goal and we’re going to have due process. We have to keep working for justice so no one is abused.”

Just two Supervisors — Carmen Chu and Sean Elsbernd — voted no, though Supervisor Michela Alioto-Pier who opposed the legislation previously was absent from the meeting.

Chu said she had sleepless nights considering this legislation but she is uncomfortable with the city’s ability to ensure all youth complete the adjudication process under the new policy.

“No one wants to see someone who is a danger to the community be released back into the community,” Campos said. “I believe this policy was crafted in such a way that it addresses that control — making sure violent people are contained.”

Several Supervisors mentioned the Bologna family, who sued the city of San Francisco for its sanctuary policy after an illegal immigrant shot and murdered a father and his two sons in June 2008. The case was a catalyst for Newsom’s policy change.

The Board of Supervisors will vote one more time on the amendment, at its October 27 meeting, but according to Chan nobody is expected to change his or her vote.