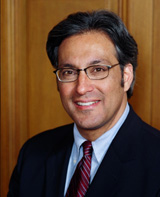 Imagine if you and your family were victims of a violent crime but had no way to escape it. Imagine lying awake at night worried about your young children’s safety while they slept. Imagine being scared to continue living in your apartment, but still paying rent for fear of losing the only chance of a roof over your head. Imagine forcing your children to play indoors on the sunniest of days, so that they won’t be dodging bullets in the yard. If your home were this unsafe, would you choose homelessness over risking your life?

Residents in San Francisco’s public housing don’t have to imagine these scenarios. Violence is a harsh reality in the city’s only housing where families can afford to live on incomes of $12,000 per year. While a general climate of violence plagues many buildings in the Western Addition, Bayview-Hunters Point and Sunnydale, not everyone has been personally victimized by violent crime. Those residents who are, however, are faced with the kind of choices that no one should be forced to make.

In a city that holds such wealth and is so rich in resources, our lowest income residents must choose between the safety of their family and joining the exodus out of the city that they call home. Those that find the idea of tearing their children from their schools and leaving the neighborhood where they grew up too painful decide instead that for their own safety, they will move their family to a relative’s couch.

At the Housing Rights Committee and other organizations that serve public housing residents, the “Sophie’s Choice” facing many of our families has become abundantly clear. We have heard far too many horror stories about families in life-threatening situations who simply have nowhere to go to escape. Below are two such stories which represent the “tip of the iceberg.”

P. lived in public housing at the Alemany development with her young daughter, Julie. In 2003, a man she was dating attacked her with a sword and choked her almost to the point of blacking out. He pounded her on the side of her head, kicked her in the mouth causing the side of her mouth to split open, and threatened to get a gun and kill P. and himself if she left him.

In October 2003, when her boyfriend threatened her again, P. called the police, obtained an Emergency Protective Order, and requested a transfer from Housing Authority (SFHA). After P. contacted the police, her boyfriend continued to show up at her home and stalk her. After she submitted her transfer request, P. was informed orally by her property manager that her transfer could not be processed while she owed rent.

At that point, P. was living on and off with her mother and her grandmother in the East Bay because it was not safe for her to continue living at Alemany. SFHA did nothing until April 2004, when they denied her transfer request because her boyfriend (who had never lived with her) was not on her lease. After an appeal of this refusal, and the filing of a housing discrimination complaint based on her status as a domestic violence survivor), SFHA eventually agreed to put P. on the transfer list in July 2004, but refused to move her because of back rent they claimed she owed.

For many months, she paid rent on a unit that was too unsafe for her to live in. She lived at relative’s homes, bouncing back and forth, and developed problems sleeping. She began to have panic attacks, thinking her abuser would find her because he knew where one of her relatives lived. Her daughter also suffered from the lack of stability – acting out in school and falling asleep in class. SFHA offered her units on two separate occasions in one of “the big four” developments that were not safe for her and her family. SFHA finally moved her to a safe alternative unit in September 2005 – a full two years after she requested the transfer.

S. is a young, single woman who lived in an unsafe SFHA unit, where she was constantly verbally and physically harassed by her young male neighbors. She notified the property manager, SFHA, and the police of her unsafe living conditions. She obtained a letter from the police detailing these unsafe conditions. She followed all SFHA instructions regarding how to request and secure an emergency transfer. Despite doing so, it took the Housing Authority over five months before it even placed S. on a priority transfer list. And then three months later (eight months after filing the request) she was informed by SFHA that her emergency transfer had never even been entered into the system.

Eight months after requesting an emergency transfer, S. came home late one night to find that her unit had been broken into and burglarized. She immediately contacted the police, who said they could not respond at that time. She also contacted SFHA’s Emergency Maintenance line and requested help in securing her unit. They told S. that they would not do so without a police report. Feeling unsafe in her burglarized unit, S. left to spend the night with a family member. When she returned the next morning, she found that her unit had been broken into again, her unit completely vandalized, and everything she owned had been taken.

S. immediately filed a police report and contacted SFHA. SFHA did nothing to secure S’s unit for the next two weeks. The police contacted SFHA several times on S’s behalf, but their calls were never returned. At one point SFHA staff did suggest that it might be best if S. just left San Francisco.

S. felt unsafe living in her unit, and so spent the next six months living with various relatives and out of the trunk of her car. Yet she continued to pay rent on her vacated unit this entire time, because SFHA led her to believe she would lose her housing subsidy if she did not continue to pay rent on her unsafe and vacated unit.

Thanks to the dedicated work of a team of attorneys, S. finally received a transfer eighteen months after her original request. She was never compensated for the loss of almost everything she owned, or for the rent that she paid on a unit that she felt was too unsafe to live in.

Public housing advocates who hear such stories again and again are working to tackle the whole iceberg. There is an obvious problem with the Housing Authority, which demands that tenants navigate the tangled mess of red tape just to receive stamp of approval on their request for an emergency transfer. And there is the second hurdle of the unbearably long wait residents with emergency transfers (“emergency” apparently has a different meaning in the language of the Housing Authority) must endure.

But even once a resident’s number finally comes up and they are actually offered a unit to transfer to, these offers rarely present real options since they are almost invariably at developments with an equal or higher level of danger for the transferring resident. Transfers themselves don’t serve much of a purpose if there is no safe housing within the SFHA’s portfolio for residents to move to.

This realization that the solution for crime victims in public housing need options beyond the resources of the SFHA has led to an exploration of what the city can do to expand the services and pool of replacement housing for these families. Supervisor Ross Mirkarimi, whose district includes a large percent of public housing units, has called a special meeting of the Board’s Public Safety Committee to examine ways in which the city can assist in ensuring that public housing residents who are victims of violent crime are able to immediately relocate.

Representatives from the Housing Authority, the Mayor’s Office of Housing and the District Attorney’s office will be on hand to discuss the roles of their agencies and their plans to improve services. While many public housing residents are fearful of publicly telling their stories, some brave residents will present testimony.

Ideas which advocates are asking the city to explore include:

(a) Require all low-income housing providers who get City funds to give priority on their wait-lists to SFHA residents who have applied for a “priority transfer.”

(b) Have such applicants automatically eligible for units in any development which receives City funding, such as John Stewart buildings.

(c) Create a clearinghouse database of available low-income housing in the City. None currently exists.

(e) Create a City-funded subsidy that funds special housing vouchers (similar to Section 8 vouchers) for victims of crime in public housing who need to relocate.

EDITOR’S NOTE: Sara Shortt is an organizer at the Housing Rights Committee of San Francisco who works with public housing tenants.