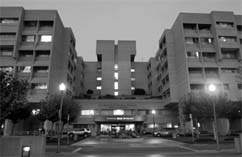 When Mayor Newsom proposed drastic health cuts to the City budget this year, the Board of Supervisors restored the vast majority – except one. Despite a flurry of last-minute amendments before the final deadline, the Board could not save 14 psychiatric emergency beds at S.F. General Hospital – which will now be replaced with a diversion unit for voluntary patients run by a local non-profit. As the Police intensify homeless sweeps, expect to see more mental patients needing treatment. And yesterday’s hearing at the Budget Committee showed that the new diversion unit, while important, does not serve the same function as the beds at S.F. General. The City must provide both – not either or – at a time when Sutter has eliminated psych beds at St. Luke’s, and the Governor has severely cut mental health services.

“It was very troubling to me that this issue was advanced without the deliberation and vetting that it deserved,” said Supervisor Ross Mirkarimi – an obvious reference to this year’s chaotic budget process where the Budget Committee scrambled to restore crumbs in the Mayor’s cuts. “It’s a combination of the Reagan Administration’s assault on mental health services along with the privatization and outsourcing of mental health services.”

Currently, San Francisco General Hospital has 80 psychiatric emergency beds for involuntary patients who are a danger to themselves and to others. The City will eliminate 14 beds, replacing them with another 14 at an acute diversionary unit run by the Progress Foundation – where the patients are voluntary and stay in a less institutionalized environment. The beds at S.F. General will not be cut until the additional beds at Progress are ready – which will probably happen in April.

“Our goal is not to decrease services,” said Public Health Director Mitch Katz, “but to do a one-for-one match.” Nearly half the psych patients at S.F. General do not need to be confined, he said, and so it makes sense to divert them to a voluntary facility where they can live more independently. “Some will be willing to stay in a community setting,” he said, “especially if they are told that if they won’t be they will be 51/50’d.”

But the Psychiatric Emergency Facilities at S.F. General – where the locked beds are located – are already on “condition red,” which means that they cannot accommodate additional people. Benito Casadas, a mental patient who spoke during public comment, said that the last time he was at S.F. General he had to wait five days to get a bed. Stacy Murphy, a nurse at the Hospital, said it’s typical for patients to wait about three days.

“The 14 additional beds at Progress Foundation are not equivalent to the ones that will close at S.F. General,” said Dr. Mark Leary, Deputy Chief of Psychiatry at S.F. General. “It’s a high-risk proposition,” he added, until the diversion work at Progress Foundation proves that they have relieved enough pressure that it’s actually feasible to start closing psychiatric beds.

And while some patients at S.F. General could technically be diverted to an acute facility like the Progress Foundation, said Leary, it’s crucial to know that these patients become non-acute after a series of exposure in a locked setting. “It’s true that at a given moment 40% don’t need to be there,” said Jennifer Carlin, a psychiatric social worker. “But the answer is not to close acute psychiatry.”

Steve Fields, Executive Director of the Progress Foundation, explained that the goal of adding 14 more beds at their facility would be to (a) treat patients before they need to be locked up, (b) relieve the pressure from S.F. General so that patients don’t get sent there, and (c) allow some patients at S.F. General to transition to their facility. “If we could divert 25-30% of the people who go to Psych Emergency Services,” he said, “we could really take the pressure off of S.F. General.”

But the solution is not to then cut emergency psychiatric beds at S.F. General – even if the Progress Foundation could receive more patients. As the police roust more homeless people out of South-of-Market and Golden Gate Park, we should expect an even higher demand for emergency mental services. And in recent years, psychiatric beds have been cut from St. Luke’s Hospital – only further intensifying the pressure.

Patrick Quinn of SEIU Local 1021, which represents workers at S.F. General and at the Progress Foundation, said both programs are needed. “What we see are 2 programs being pitted against each other,” he said, as the budget process inherently became a numbers game. “When we start having empty beds at S.F. General,” said SEIU’s Robert Haaland, “then we can start talking about cutting them.”

The 14 beds at S.F. General cost the City $1.37 million – while the additional beds at Progress Foundation would cost $1.23 million. So the monetary “savings” of diverting beds is actually negligible – to the tune of $133,000. Meanwhile, the entire City budget this year was over $6 billion – a large increase over prior years.

“I believe that the Department of Public Health has sufficient funds,” said Mirkarimi. While acknowledging that keeping both programs would cost more money, Supervisor Tom Ammiano suggested at the close of the hearing that the Board could allocate a budget supplemental to keep both programs intact. “There are many solutions that come with a price tag,” said Ammiano.

One point made at the hearing was that state money from Proposition 63 could be used to fund the beds at Progress Foundation – leaving S.F. General intact. But in state budget this year, Governor Schwarzenegger stole Prop 63 funds to replace his $55 million cuts to existing mental health programs.

The Governor’s action was illegal, because Prop 63 was mandated to be new – not replacement – funding. Statewide mental health groups are planning to sue. Until then, however, it behooves the City Health Department not to pit two crucial programs against each other.