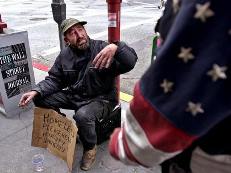 And as a start, more outreach workers are urgently needed. This is particularly true in the Tenderloin, which has nobody other than police to deal with people sprawled out on sidewalks.

Well, it was not so easy. While Farrell’s request did win a 4-1 vote (Avalos voted no), the hearing raised troubling questions about the supervisors understanding of city homeless policy.

Where Does SF Homeless Money Go?

One problem is understanding the city’s homeless budget.

On March 12, 2014, the San Francisco Chronicle reported, “San Francisco spends $165 million a year on services for homeless people, but all that money hasn’t made a dent in the homeless population in at least nine years.”

It’s wrong because absent such spending the homeless numbers would be thousands higher. The city’s spending has made a huge dent in the homeless population, as statistics from supportive housing placements confirm.

But the Chronicle’s false math reflects a longtime confusion over what city “homeless spending” means. Since the 1980’s, the media has created an impression—now shared by the public and some supervisors—that you can simply divide homeless spending ($165 million) by the homeless numbers (7000) and then give that amount of money (over $20,000 per homeless person) to get them off the streets.

But most of SF’s “homeless budget” is spent on people already housed. The city is not spending $165 million on 7000 reported homeless, but on thousands more living in supportive permanent housing.

This false math is great for convincing the public that more money isn’t the answer. And when we hear Supervisor Breed and others raise concern that homeless spending is not reaping results—and to her credit, she co-sponsored Farrell’s measure—it becomes clear how this false understanding of city homeless spending even weakens support among those sympathetic to those without homes.

“HOT Expansion is Not Enough”

Supervisor Avalos, presumably a huge backer of Farrell’s measure, opposed it because he and the Coalition on Homelessness believed the money should be spent elsewhere. Avalos wanted to know why supportive housing wasn’t part of Farrell’s bill, and why a supplemental was needed when it would take months to hire new workers.

The first point adopts the conservative view that no program should be funded if it falls short of a complete solution. And while hiring always takes time, this supplemental means outreach teams could be in the field in July, rather than December.

Jennifer Friedenbach of the COH opposed more homeless outreach because “Outreach doesn’t work unless there are exits out of homelessness.” She wants Farrell’s money (and $2million more) to instead go to renovating 200 vacant public housing units for homeless families.

But the Mayor is already targeting Prop C funds (the housing trust fund) for public housing, so diverting general fund dollars for that purpose makes little sense. The city’s reinvention of public housing is entirely separate from the Human Services and DPH homeless budgets, and is the wrong area for a supplemental

If we accept COH’s premise that “outreach without exits doesn’t work,” San Francisco should abandon give up trying to get people off the streets. After all, the city will never have enough “exits”—either vacant shelter beds or supportive housing units —for everyone who arrives in San Francisco without resources or becomes homeless while living here.

A purpose of homeless outreach is to give people alternatives to living in homeless campgrounds, or to a life spent pushing around their belongings in sidewalk-blocking, business damaging double-sized shopping carts. Many needing outreach have medical and substance problems that prevent them from obtaining help on their own; to say that we should ignore their situation until all 7000 currently homeless have an exit is not a humane policy.

Consider that outreach workers can connect people to getting on county welfare. This entitles them either to housing under Care not Cash, a shelter bed, or a full cash grant. All three get people off the streets, and show the value of outreach.

It was not addressed in Farrell’s bill, but there are serious problems with the DPH-run housing stabilization program. Roughly half of its 300 SRO rooms are funding a single landlord whose buildings are among the most cited by city inspectors for code violations.

DPH provides a guaranteed payment flow supporting these slum housing conditions, and has been slow to make changes. DPH keeps saying it doesn’t want to support slum housing, but their placements speak for itself.

Because tenants in the program pay no rent, many stay as long as six months while being “stabilized” for permanent housing. DPH should have tenants on welfare or SSI pay rent as those must do outside of the program, and shortening the “stabilization” period would make more rooms available.

DPH is asking the mayor and Supervisors to fund an additional 300 stabilization rooms in the 2014-15 budget. But considering DPH should not be using over 150 rooms of the current 300, these additional rooms do not exist in the marketplace.

Activists spent years in the 1980’s trying to stop the city’s taking permanent SRO housing off the market through temporary city housing programs, and the city is now trying to return to this failed policy. It would be far smarter to limit stabilization stays and for DPH to lease an SRO for a combination permanent/stabilization facility.

To my knowledge, there has never been a Supervisors hearing to evaluate the stabilization program and correct its deficiencies. A program that former Mayor Newsom started as a small pilot could be dramatically expanded without serious debate over its substandard living conditions and potential to actually increase homelessness.

The value of Farrell’s supplemental for homeless outreach is not a matter of debate, and is essential for the city’s homeless strategy. The Board should approve it when it comes before them on March 25.

Randy Shaw is Editor of Beyond Chron. He discusses SF homeless policies in his new book, The Activist’s Handbook: Winning Social Change in the 21st Century