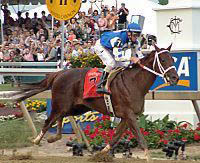 The Board of Supervisors Finance Committee opened discussion of the proposed affordable housing bond to the public yesterday at a hearing in which signs of both irreparable divide and the desire for unity were manifested in dialogue between supervisors, advisors to the mayor and public speakers.

While public testimony demonstrated overall support in favor of a housing bond, there appeared to be a key split between those supporting the bond proposed by Mayor Gavin Newsom, which was developed after weeks of closed-door discussion with his handpicked, 14-member Housing Bond Task Force, and those supporting the bond variant proposed by Board of Supervisors President Matt Gonzalez.

At the hearing on Tuesday, many expressed the concern that the mayor’s proposed bond is less likely to win the two-thirds vote needed for passage. Mission-District activist Richard Marquez, for one, urged the Finance Committee to hold out for 80% of the median income in the Daly/Gonzalez-sponsored bond.

“Strategically, it (Gonzalez’s proposal) makes sense. Politically, it brings us closer to victory,” Marquez said. If the committee opts to go with the mayor’s proposed housing bond, the measure will “lose like Smarty Jones, the predictable Triple Crown threat who got nipped in the back stretch.”

Many share the concern that the Mayor’s Office is breeding a “Smarty Jones” housing bond that seems like it should win but will ultimately fail, even if by a small margin, particularly because San Francisco tenants will not support something that may hurt more than help them.

“Tenants are an endangered species in this city,” Green Party activist Dave Wilbur said. “I don’t understand why tenants are being asked to pay for this.”

Most agreed that the top priority was settling on a housing bond that voters would actually pass in November.

James Tracy, coordinator of Right to a Roof, emphasized the importance of not losing sight of this goal. “It is absolutely unacceptable to settle for nothing,” Tracy said. “The Newsom bond isn’t perfect, but it’ll get some people off the streets.”

Supervisor Aaron Peskin, appearing eager to assume the role as mediator between the two conflicting parties, echoed Tracy’s words. “We all agree that the imperative is to get something on the ballot that passes,” he said.

Daly and Gonzalez again expressed their commitment to creating a package that will gain broad support across the spectrum. They planned on meeting with the mayor yesterday evening to come closer to a compromise on the bond.

The Finance Committee will reconvene at 11:00 a.m. on Friday to continue discussion of the housing bond.