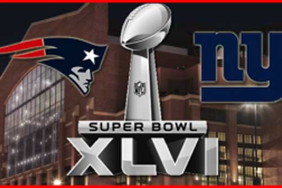 In our new e-book OUT OF MY HEAD, My Life In and Out of Football, George Visger, a member of the San Francisco 49ers’ first Super Bowl champions from 30 years ago, writes, “In America we already have an organization called Mothers Against Drunk Driving. I think we need a new one: Mothers Against Damaged Players.” The Visger book is available at http://amzn.to/znZuiL. That was a plug.

Comes now the National Football League with a PR blitz out of the school holding that the best defense is a good offense. Sunday’s Super Bowl telecast will include a 60-second NFL “public service announcement” recapping the history of its bold efforts to make football safer. An existing feel-good website, nflhealthandsafety.com, soon will be supplemented by a new one promoting rules for a safer sport.

(Nflhealthandsafety has Pittsburgh Steelers neurosurgeon and ImPACT “concussion management software” entrepreneur Dr. Joseph Maroon demonstrating that a concussed player can be assessed for return to play in a “two-minute drill” of neurological benchmarks. The site also pictures Zack Lystedt – the brain-maimed Seattle youth player who inspired state-by-state “Lystedt Laws” pushing “solutions” like ImPACT – getting one of the thrills of his life when he meets Baltimore Ravens thug Ray Lewis.)

Credit the Business Insider website with noting that the NFL last year censored a Super Bowl commercial from Toyota that tried to address the concussion issue: The abrupt U-turn “shows the NFL is worried about losing the ethical debate over whether it is right to allow youngsters to play a game that requires them to hit each other with their heads.”

Stefan Fatsis of the Slate-Deadspin NFL Roundtable really nailed it, reporting that the NFL ad was produced by Peter Berg, creator of the Texas high school football TV drama Friday Night Lights (adapted from the Buzz Bissinger book). “If mom thinks football is crazy dangerous, she’s not going to let her son play, and if enough sons don’t play, football loses popularity, and if football loses popularity – you get the picture. Mom may not be reading websites that track catastrophic football injuries, but she will be watching the Super Bowl,” Fatsis wrote.

All in all, these are heavy-duty days for my trusty barf bucket. The last edition of CBS’s 60 Minutes had correspondent Steve Kroft lionizing Roger Goodell, the NFL commissioner. Quite obviously, full access to Goodell was a booby prize to one of the league’s broadcast partners in its off-year in the Super Bowl rotation. This year the big game lands on NBC, where we can look forward to seeing whether the ace announcing team of Al Michaels, Chris Collinsworth, and sideline reporter Michele “Scoops” Tafoya can again distinguish themselves as possibly the last viewers in the country to call a concussion a concussion – as they were back in September on the Sunday night of Michael Vick’s “neck injury.”

Last week we had several New York Giants caught bragging that they had targeted Kyle Williams, the goat of the 49ers’ loss to the Giants in the conference championship game, because they were aware of his history of concussions. That was an example of a gaffe – classically defined as the misdemeanor of openly stating a truth that was supposed to remain tacit.

The question I want to ask is why we have a society in which the son of a major league sports executive, Chicago White Sox general manager Ken Williams, continues to risk lifelong brain injury, early dementia, and death-in-life. I think the answer has something to do with the glory and folly of the American sports dream machine, which refuses to discriminate on the grounds of race, creed, or color, so long as you’re willing to have your cerebral neurons stomped into seaweed. This also helps explain why our current president of the United States, also African American, has made his No. 1 sports policy priority the abolition of the Bowl Championship Series, evidently on the grounds that the descendants of slaves, along with the rest of us, don’t have enough college football games in December and January. Ah yes, “American exceptionalism.”

The most important non-football subplot of Super Bowl hype week has been the organized labor demonstrations in Indianapolis protesting Indiana Governor Mitch Daniels’ signing of union-busting “right to work” legislation.

“War on workers is the real Super Bowl in America,” Harvey Araton, a New York Times sports columnist, wrote on Twitter. Nice piece of pith. I doubt that Araton’s bosses would deem fit to print an 800-word development of this theme.

Though sixties nostalgia and its supporting demographic bulge still take up a lot of sentimental space, we may be living through even more momentous times today; as part of that package, Sunday’s spectacle warrants more than a strong sniff. I wonder what will become remembered as the American empire’s Masada? When will be our equivalent of the Edict of Milan?

One thing’s for sure: The Coliseum is alive and well, and that ain’t no flabby metaphor. It’s a phenomenon playing out in real time right in front of our eyes … with Al, Chris, and Michele as our cheerful guides.

Complete information on Beyond Chron contributor Irvin Muchnick’s ebook series is at http://concussioninc.net.