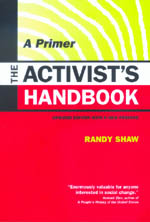 Summer is the prime reading season for those too busy with school, work, and/or kids to get into a book. A spot by a beach or pool, or on an airplane trip to such destinations, are great opportunities for long, uninterrupted reading. Why then do publishers promote the most vapid of books as “perfect” summer reading? To the contrary, summer is the perfect season to read books you have always wanted to read but never had time—and here are five suggestions:

Crooked River Burning, by Mark Winegardner— Every person I have recommended this novel to has liked it, and it deserves a wider audience. The book is a love story, a post World War II history of urban America, a primer on baseball and rock and roll, and the best book on Cleveland ever written. If you never realized the relationship between a baseball team’s success and the fate of its home city, this novel spells it out.

Don Delillo’s Underworld got tremendous praise for its use of the 1951 Giants-Dodgers playoff series as a backdrop for a serious novel-Weingardner does a far better job in using Cleveland Indian Larry Doby’s entry as the first African-American in the American league as a frame for changing racial attitudes during the post-war years.


The Big Trouble, by J. Anthony Lukas— Whenever I see a used copy of this book I buy it to give to a friend. No greater book on the true history of America has been written.

This is a 700-page book that is a classic page-turner. Unfortunately, the first 50- 75 pages give a boring, personal history of the former Idaho Governor whose murder is the backdrop for the book. You will miss nothing by skimming these pages, as the focus soon shifts to the events leading up to the “trial of the century” pitting Labor vs. Capital.

The Big Trouble is not only the best history book of late 19th and early 20th Century America, it is also a great labor book and a must read for anyone interested in knowing the inner workings of the American justice system and the Supreme Court.

My perspective on America was greatly influenced by the Big Trouble, and the book will likely have the same impact on most readers.


Richard Wright: The Life and Times, by Hazel Rowley— Biographies are in vogue these days, but few writers make their subjects truly come alive. Robert Caro is the master of the genre, and his third volume of the Lyndon Johnson biography-Master of the Senate-is an essential read for those interested in the nuts and bolts of national politics.

But Hazel Rowley’s biography of the great African-American writer Richard Wright is in many ways a far more moving book than Caro’s acclaimed biography. The chief reason is that Wright is one of the most remarkable people in American history, and Rowley’s account of his rise and decline is quite stirring.

Those who have read Wright’s Black Boy or Native Son would be stunned to learn that the brilliant writer grew up in terrible poverty and lacked virtually any formal education.
How he became a writer, and how his career was both boosted and frustrated by the Communist Party of the 1930’s, is fascinating.

Rowley challenges the conventional wisdom that Wright’s writing declined after World War ll. She shows that, to the contrary, his writing was stronger than ever, but publishers in the Cold War era did not want books that portrayed less than ideal circumstances for American blacks.

If you enjoyed Wright’s books, you will love Rowley’s biography.


Anthropology of an American Girl, by H.T. Hamann— This beautifully written, poetic novel is leaps and bounds ahead of the typical coming of age novel that crowds summer reading lists. Written as a first-person account of a young woman’s experiences in her last year of high school and through college, the book is a throwback to the days when the joy from reading came from the quality of writing as opposed to simply the plot.

It is all too rare today to see a novel targeted to a below-30 audience that avoids the usual stereotypes and seeks greater meaning from the characters relationships with family, friends and lovers. The book is in the style of a confessional, but laces poetry and brilliant descriptions throughout so it sometimes seems as if you are reading a painting.

This book is not for everyone. If you need a plot-intensive book that keeps you reading late into the night, skip this work. Hamman is offering a book you will savor-I was in no rush to complete it as I did not want it to end.

The book is set in the Hamptons and New York City, though the main character is far from wealthy. Hamman includes many jibes against the Reagan Administration, though the books politics are more targeted toward the larger question of our values and whether one’s desire to pursue art and love should be sacrificied for money and practicality.


The Activist’s Handbook—-I rarely promote my first book but if you follow San Francisco politics you will find it invaluable. The noted historian and activist Howard Zinn describes the book as “enormously valuable for anyone interested in social change,” and its account of city politics in the 1980’s and 1990’s remains instructive for today’s political scene (I earn a little over $1.00 per book so this endorsement is not about padding my own pocket).

One of the main themes of The Activist’s Handbook is the need for activists to hold their politician-allies accountable. It is easy to criticize politicians you oppose, but harder when those you worked to elect betray their commitments to you or your constituency. San Francisco activists can learn much from the examples in the book, and from the stratgeies and tactics that activists from ACT-UP to environmental groups have used to achieve social change.


All of the above books are available in paperback and can be purchased at stores or through the Internet. Feedback from those who decide to read any of these books woud be welcomed. Send comments to rshaw@beyondchron.org