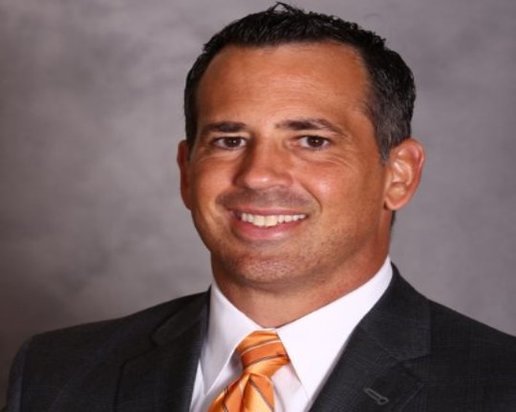 James Panetta is expected to run for his father's former seat

Congressman Sam Farr surprised many with a bombshell announcement he will not run for re-election.  His sudden retirement creates an intriguing race in 2016 for California’s 20th Congressional District, which covers parts of Santa Clara, San Benito, Santa Cruz and Monterey Counties.  There are a few big names that we may see jump into this race.

Monterey County District Attorney James Panetta has been rumored for years to be waiting for Congressman Sam Farr to retire, so that he could run for the seat.  Panetta is the son of former Defense Secretary, Director of the Central Intelligence Agency and Congressman Leon Panetta who held the seat before Congressman Farr succeeded him.

Another name to watch out for is Assemblymember Luis Alejo.  Mr. Alejo currently serves in Assembly District 30 and will be terming out in 2016.  We may see him throw his hat into the ring as he looks for his next Public Office.  Interestingly, if Senator Bill Monning decides to run for the newly open congressional seat, we may see Mr. Alejo run for Senator Monning’s current seat, Senate District 17.

Which brings us to Senator Bill Monning, Senator Monning certainly has roots in the district as he represented the old Assembly District 27 (parts of Monterey, Santa Clara & Santa Cruz Counties) while in the California State Assembly and he currently resides in the City of Carmel.  However, since you cannot concurrently run for 2 seats at once in California, he would have to give up his bid for re-elect in Senate District 17, a race he seems locked to win.  Therefore, it seems unlikely he would jump into the race for Congressional District 20.

Assemblymember Mark Stone is another name to look out for.  The Assemblymember currently represents Assembly District 29, which encompasses much of the Northern Central Coast and prior to the that he served as a County Supervisor for Santa Cruz County.  But just like Senator Monning, Mr. Stone is expected to seek and win re-election.

Jason Burnett is the current Mayor of Carmel and we may see him seek the Congressional Seat.  Prior to his election as Mayor of Carmel, Burnett was the Managing Partner at Clean Fund, a company that works to find financing for renewable energy and energy efficiency projects.

Finally, we should not forget about former Assemblywoman Anna Caballero.  Caballero is expected by many to jump into the race for the open seat for Assembly District 30 when Luis Alejo terms out next year.  However, it is possible with the newly opened congressional seat, that she may look to Congress instead.  Caballero is the Secretary of the California Business, Consumer Services and Housing Agency, a role she has been serving in since Governor Brown appointed her in 2011.

Congressional seats don’t open up very often, so one thing is certain: the competition will be fierce.

This first appeared in The Left Hook