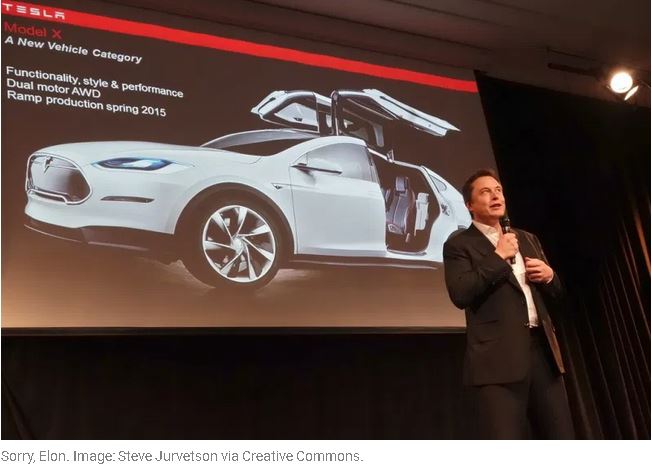 And a major shift to public transit and active modes is the only realistic answer.

The U.S. can’t simply electrify its way out of the transportation-related carbon disaster — and thinking that it can might actually delay what really works: shifting people away from private vehicle ownership, and towards mass and active transportation, a new study finds.

In order to maintain our national car addiction and stay within a national transportation-related emissions “budget” that scientists agree is necessary to maintain the planet at temperatures our ecosystems can survive, the United States would need to replace a whopping 90 percent of gas-powered cars on the roads with zero-emissions electric vehicles by 2050, researchers at the University of Toronto found.

Right now, just 1.5 percent of new vehicle sales in the U.S. are electric cars, and roughly 99.7 percent of cars on the road today are powered by fossil fuels.

That conclusion provides a crucial reality check to the many politicians who have made vehicle electrification the near-exclusive focus of their climate-forward transportation policies. Democratic presidential nominee Joe Biden’s energy plan puts a heavy emphasis on zero emission car adoption, though he does promise to devote an unspecified sum to sparking the “the second great railroad revolution” as well. President Trump has also publicly expressed support for electric cars, though he’s attempted to end tax credit programs for Americans to buy them. He’s also proposed cuts to rail programs like Amtrak, and successfully shifted major sources of public transportation funding to building and maintaining highways.

Why EVs can’t get dirty to go ‘green’

Even if the next administration somehow succeeds in incentivizing massive and unprecedented, EV adoption, it may not be enough. That’s because the Toronto modelers also found that achieving the magic number of 90 percent electric cars could prove to be impossible — and for more than one reason.

Most important, rapidly electrifying the vehicle fleet would increase the United States’ grid-powered energy consumption by 41 percent by midcentury — a massive surge in demand that would require us to build so many new power plants and so much new charging infrastructure that we’d be forced to burn an unknown — but scientists believe, an unconscionably large — amount of fossil fuel in the manufacturing process just to get the grid to meet the challenge of going “green.”

Getting enough of the raw materials required to manufacture massive electric car batteries could prove equally self-defeating. As Streetsblog has reported, harvesting large amounts of crucial cobalt, lithium and nickel requires environmentally onerous — and for vulnerable low-income workers, highly dangerous — extraction processes that are already devastating regions of the Democratic Republic of Congo, Chile, Indonesia and more. Denuding these regions of their natural resources quickly enough to electrify every car in America — especially the huge cars that Americans prefer, which would require large batteries — would be deeply unsustainable, if not impossible.

The Toronto researchers warned that when drivers would be likely to charge their new electric cars could cause major problems, too. The U.S. grid is currently set up to handle high energy demand during the afternoons and early evenings when most Americans are likely to be awake — a demand curve that could be upended if the majority of U.S. households started plugging in their Teslas before they went to bed. Re-engineering our energy management systems to handle a major disruption like that would carry extensive costs.

Add all that together with the political untenability and likely necessity of massive cash-for-clunkers program to get Americans to give up their gas powered cars — not to mention the uncertain political future of government subsidies to accelerate the development of even more efficient and affordable EV technology or clean up the dirtier segments of the electrical grid — and betting the house on an electrified future increasingly looks like a bad wager. And counting on other nations like China to make up for America’s climate shortcomings isn’t wise either.

The study was careful to note that EVs are not a lost cause, and are, of course, “likely to reduce emissions in the United States when compared with conventional gasoline vehicles.” But the researchers cautioned of the dangers of policies that over-focus on electric cars, especially if they come at the expense of investments in proven strategies for which we have the technology in place today to significantly curb emissions.

“EVs really do reduce emissions, but they don’t get us out of having to do the things we already know we need to do,” Heather L.MacLean, one of the researchers on the study, told Phys.org. “We need to rethink our behaviors, the design of our cities, and even aspects of our culture.”