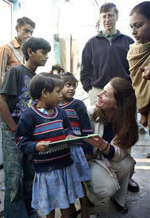 A new study—buried by the media—has found the United States second only to Switzerland in the disparity between the net worth of its top 10% and everyone else. The report follows a recent study that found that America’s wealthiest top 1% earned the highest share of the national income since the 1920’s. Only Switzerland exceeded America in its extent of skewed wealth distribution.

It was not that long ago that Americans would look at countries in South America or Asia and decry the vast disparities in wealth between the rich and everyone else. These nations were seen as politically controlled by a wealthy elite, who enriched themselves at the expense of the poor and middle-class. Based on the study, America now fits this category.

A recently issued report by the World Institute for Development Economics Research of the United Nations University found that America is second only to the banking center of Switzerland in the percentage of wealth owned by its top 10%. And the gap is narrow, with Switzerland’s top 10% wealthiest owning 71.3% of the country’s assets, while in America the figure is 69.8%.

The study’s findings were published deep in the Business Section of the December 6 New York Times. It is not likely to be a topic on the cable news shows, which are instead focusing on the search of a man missing in a snowstorm, Jessica Simpson’s breakdown at the Kennedy Center and other issues with no conceivable impact on public policy.

The recent report comes on the heels of study by a UC Berkeley and French researcher that found that America’s top 1% is now earning the highest share of the nation’s income since the 1920’s. This study received nowhere near the coverage given to Britney Spears’ lingerie purchase, to mention only one of the many issues recently dominating headline news.

Interestingly, for all of the recent media attention on rising income inequality in China and India, these nations have nowhere near the wealth disparity of America. The World Institute report found that millions of people in China and India are leaving poverty for the middle-class, a scenario that is perhaps occurring less than ever before in our own country.

Recall that one of President Bush’s and the Republican Congress’ top priorities this year was the repeal of the estate tax, an act that would have made America’s income and wealth disparity even worse.

This new study may not get much media attention, but it should provide sufficient ammunition to prevent an estate tax repeal anytime soon.