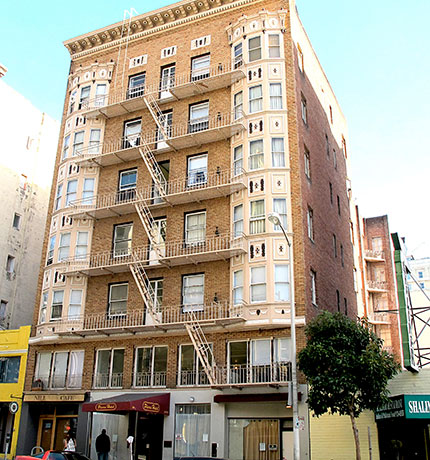 People are angry over homelessness. Videos of fighting tent dwellers, shootings in encampments and open air drug supermarkets are increasingly associated with the unhoused.

Long overdue solutions to the crisis—such as huge new funding for affordable housing and expanding Section 8 vouchers so that most eligible households get help rather than the current 25%—are on the horizon. For the first time since homelessness began in the 1980’s, a president is pushing the federal government for meaningful action.

It’s a strange time for destructive and false attacks to be waged against Housing First, the most proven strategy to end homelessness.

Housing First prioritizes providing permanent housing to people experiencing homelessness. It sees housing as the foundational requirement for escaping homelessness and does not require those housed to meet prerequisites—like abstinence from alcohol or drugs— inapplicable to other renters.

It’s not easy getting and holding a job while living in a shelter, without a stable address. Or maintaining family or other personal relationships without a private room. Housing First does not prevent abstinence programs, but it does not make such policies the dominant housing model.

Proponents of Housing First, and I helped launch San Francisco’s program in the late 1990’s under Mayor Willie Brown, see homelessness as primarily an affordability problem. The inability of people to afford market rent drives homelessness. For example, when I began working in San Francisco in 1980 the General Assistance grant enabled recipients to afford an SRO hotel room; this was no longer true by decade’s end.

That’s why in 1988 the Tenderloin Housing Clinic pioneered a Modified Payment Program (MPP) that got landlords to agree to slash SRO rents in exchange for virtually guaranteed rent payments. A lot of the people we housed in those early days used their housing as a springboard to jobs, which is what Housing First promotes.

Housing First, which recognizes that people in shelters are still homeless and that permanent housing is a must, represented a major break from city policies that prioritized funding shelters. New York City and other cities spent hundreds of millions of dollars erecting a massive temporary shelter system while shortchanging  the permanent housing that ends homelessness.

Despite its remarkable track record of success, Housing First now finds itself under false attacks from the left, right and points in-between. Some claim that Housing First does not adequately address substance abuse and mental health issues. Arguing that “housing alone is not enough,” critics of Housing First see little point housing people with drug problems. Other critics, including Judge Carter in the Los Angeles federal homeless lawsuit,  see shelters as a quicker  “solution” to the homeless crisis than the permanent housing provided by Housing First.

But shelters are no solution. They are an expensive and temporary stopgap. Providing a high level of social and medical services to people in shelters who then have no alternative but to return to the street is a failed strategy for reducing homelessness.

President Nixon’s ending of public housing and President Reagan’s slashing of HUD spending in his 1981 budget drove rising homelessness. So why do so many instead blame drug addiction rather than the inability to afford rent for rising homelessness?

In The Activist’s Handbook. I explained how drug use skyrocketed in the 1960’s without an increase in homelessness. What did change in the 1980’s was a slashing of federal housing subsidies for the poor—just as they were most needed to meet the late 1970’s wave of urban gentrification.

Although the reduction in rental housing assistance has not been restored to this day, opponents of such funding found in drug addiction a convenient excuse for homelessness. Suddenly, homelessness was due to individual failure, not the government’s elimination of federal housing subsidies. Blaming drug addiction for rising homelessness fit perfectly with those denying causation from the Nixon/Reagan budget cuts.

Housing First does not assert that “housing alone is enough.” I don’t know of any housing in San Francisco or other cities that transfers the unhoused into housing without accompanying on-site services.

Do some Housing First buildings need a higher level of services to address a population suffering from substance abuse?  Groups operating Housing First properties would be the first to agree. But that’s an argument to increase funding for Housing First, not shift money to shelters.

The federal government has underfunds drug rehab. Should we attack the drug rehab model due to inadequate funding? Of course not.

Despite today’s unhoused population including far more people with mental health and substance abuse problems than three decades ago, retention rates for Housing First buildings remain high. The Tenderloin Housing Clinic’s over twenty master leased hotels (I head the organization) consistently has  an annual retention rate of over 90%. In 2020, the total was the highest at over 94%.  These statistics undermine claims that large segments of those in Housing First buildings are too drugged-out to stabilize in permanent housing.

Drug Dealing/Usage Among the Unhoused

To be clear,  there has always been a visible minority of the unhoused who seek to live under the stars while selling or using drugs. People selling drugs out of sidewalk tents should be arrested.  That dealers stave off arrest by claiming they are homeless is not the fault of Housing First. I understand the public anger over this problem, as there is open drug dealing out of a tent next door to my office on the 100 block of Hyde. Despite our complaints the police and city outreach teams have allowed the dealer to continue their illegal drug sales for months.

This inaction is an indictment of San Francisco’s failure to deal with the drug and overdose crisis, not of Housing First.

Biden’s American Jobs Plan offers the biggest increase in funding to combat homelessness since the crisis began. Cities finally will get a chance to fully implement Housing First. I am very confident that once funds are implemented—which will not start until 2022—widespread homelessness will sharply decrease.

We are on the verge of an historic breakthrough in the battle against homelessness. Expanding Housing First and other affordable housing programs is the recipe for success.

Randy Shaw will be speaking about solutions to the homeless crisis at a Library Laureates Virtual Saloon with Carol Galante on Thursday, June 3rd at 5pm. Join us by registering here.