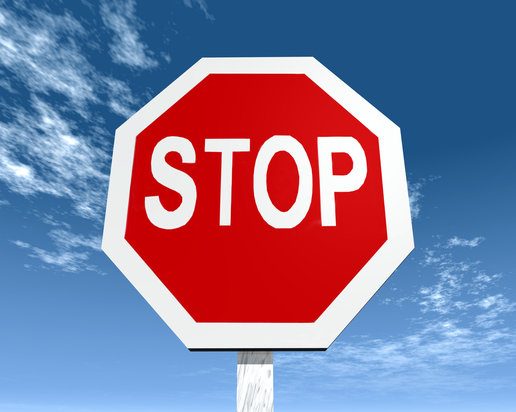 More and more of us are moving off the roads. Yet we’re still spending billions to expand roads and build new highways every year, even as other needs — from expanding public transportation to critical bridge repairs — go unmet. Across the country there are countless proposed highway projects that are not just expensive — they’re outright boondoggles. We need your help to stop them.

Twelve proposed highway projects across the country – slated to cost at least $24 billion – exemplify the need for a fresh approach to transportation spending. These projects, some originally proposed decades ago, are either intended to address problems that do not exist or have serious negative impacts on surrounding communities that undercut their value. They are but a sampling of many questionable highway projects nationwide that could cost taxpayers tens of billions of dollars to build, and many more billions over the course of upcoming decades to maintain.

State governments continue to spend billions on highway expansion projects that fail to solve congestion
•In Texas, for example, a $2.8 billion project widened Houston’s Katy Freeway to 26 lanes, making it the widest freeway in the world. But commutes got longer after its 2012 opening: By 2014 morning commuters were spending 30 percent more time in their cars, and afternoon commuters 55 percent more time.
•A $1 billion widening of I-405 in Los Angeles that disrupted commutes for five years – including two complete shutdowns of a 10-mile stretch of one of the nation’s busiest highways – had no demonstrable success in reducing congestion. Just five months after the widened road reopened in 2014, the rush-hour trip took longer than it had while construction was still ongoing.

Highway expansion saddles future generations with expensive maintenance needs, at a time when America’s existing highways are already crumbling
•Between 2009 and 2011, states spent $20.4 billion annually for expansion or construction projects totaling 1 percent of the country’s road miles, according to Smart Growth America and Taxpayers for Common Sense. During the same period, they spent just $16.5 billion on repair and preservation of existing highways, which are the other 99 percent of American roads.
•According to the Federal Highway Administration, the United States added more lane-miles of roads between 2005 and 2013 – a period in which per-capita driving declined – than in the two decades between 1984 and 2004.
•Federal, state and local governments spent roughly as much money on highway expansion projects in 2010 as they did a decade earlier, despite lower per-capita driving.

Americans’ long-term travel needs are changing
•In 2014, transit ridership in the U.S. hit its highest point since 1956. And recent years have seen the emergence of new forms of mobility such as carsharing, bikesharing and ridesharing whose influence is just beginning to be felt.
•According to an Urban Land Institute study in 2015, more than half of Americans – and nearly two-thirds of Millennials, the country’s largest generation – want to live “in a place where they do not need to use a car very often.” Young Americans drove 23 percent fewer miles on average in 2009 than they did in 2001.

We’ve targeted some of America’s biggest highway boondoggles, and are working to stop them from moving forward. Just as importantly, we plan to use these examples as a way to spark a serious conversation about making smarter transportation choices, and giving us more options to get around.

Questionable projects poised to absorb billions of scarce transportation dollars include:
•I-95 widening, Connecticut, $11.2 billion – Widening the highway across the entire state of Connecticut would do little to solve congestion along one of the nation’s most high-intensity travel corridors.

•State Highway 45 Southwest, Texas, $109 million – Building a new, four-mile, four-lane toll road would increase traffic on one of the most congested highways in Austin, and increase water pollution in an environmentally sensitive area critical for recharging an aquifer that provides drinking water to 2 million Texans.

•I-70 East widening, Colorado, $58 million – While replacing a crumbling viaduct that needs to be addressed, Colorado proposes wasting millions of dollars widening the road and increasing pollution in the surrounding community.

•I-77 Express Lanes, North Carolina, $647 million – A project that state criteria say does not merit funding is moving forward because a private company is willing to contribute; taxpayers will still be on the hook for hundreds of millions of dollars.

•Puget Sound Gateway, Washington, $2.8 billion to $3.1 billion – The state is proposing to spend billions of dollars on a highway to relieve congestion in an area where traffic has not grown for more than a decade, and where other pressing needs for transportation funding exist.

•U.S. 20 widening, Iowa, $286 million – Hundreds of millions of dollars that could pay for much-needed repairs to existing roads are being diverted to widen a road that does not need expansion to handle future traffic.

•Paseo del Volcan extension, New Mexico, $96 million – A major landholder is hoping to get taxpayer funding to build a road that would open thousands of acres of desert to sprawling development.

•Portsmouth bypass, Ohio, $429 million – Despite roads across Ohio being in dire need of repair, the state Department of Transportation is embarking upon its most expensive project ever: building a new road to bypass a 20,000-person city where driving is decreasing.

•Mon-Fayette Expressway extension, Pennsylvania, $1.7 billion – A new toll road long criticized because it would damage communities is moving forward in an area where residents are calling instead for repairs to existing roads and investment in transit improvements.

It’s time to put an end to boondoggles like these, so we are working with concerned citizens, community groups, policy makers and elected officials to send these wasteful highway projects back to the drawing board.

Our lives, our communities, and how we get around are constantly changing. It’s well past time for our transportation spending priorities to reflect these changes, rather than the outdated assumptions that so many of them are based upon. We deserve to have a safe, reliable transportation system that offers real options for however people might want to get around. Stopping these highway boondoggles is an important first step for getting us there.