Step Up Time for California’s Billionaires 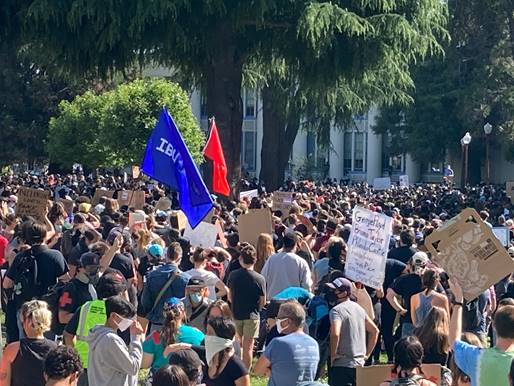 With the Movement for Black Lives raising the call to defund the police and redirect funding to programs more likely to enhance public safety like public education, housing, and mental health services, we should consider how these municipal issues play out against the backdrop of the pandemic-induced state budget crisis.

As California’s economy sails farther south than anyone except our oldest residents have ever sailed, it’s worth paying attention to a few ideas our elected officials haven’t considered, at least publicly, regarding what to do about the enormous hole in state revenues.

After some serious stock market wobbling while the pandemic took hold of the main street economy’s throat, Wall Street straightened out.  As unemployment surged to Great Depression levels, and the working class headed to the unemployment lines, billionaires have been doing quite well, including the wealthiest Californians.

Just how well have America’s 615 billionaires made out during the pandemic?  According to Robert Reich on May 2, “America’s billionaires grew their wealth by $282,000,000,000 in just 23 days during the lockdown.”  Eighteen days later he could report that the billionaires had expanded their looting, er, profits to $308 billion while 40 million Americans found themselves out of work.

Let’s anticipate an argument.  Do California billionaires already pay more than billionaires in other states in state income taxes?  Yes they do.  But whatever modest inconvenience this may cause them has been more than covered by massive reductions at the peak of the federal tax codes over the past fifty years, topped off by the sociopathic reductions passed by the Republican Congress in 2017.

It took years—and Propositions 30 (2012) and 55 (2016), putting in place small increases at the top of the California income tax code—for California to climb out of the Great Recession of 2008-2010. In the meantime there was pain, misery, lost opportunities and unnecessary deaths.  Due to the wisdom of our state’s voters we entered the Pandemic Depression in better shape than most other states, with budget surpluses and rainy day funds.

But due to the far greater contraction of the economy now, our state budget deficit is much worse. So let’s consider an alternative to program cuts and years of misery this time around:  a wealth tax.

Just the top ten California billionaires possess over $300 billion.  It is likely that the entire set of 165 owns a trillion in assets.  Be creative.  What’s an appropriate tax?  One percent of this is $10 billion.

We needn’t limit the project to billionaires.  There are 15,000 Californians who are merely fabulously wealthy one percenters. They could net us another $10 billion without pain.  I am an optimist, so I am imagining California voters will pass the Schools and Communities First ballot measure this November, which even now should bring in $5 billion ($12 billion in a good year) by finally reforming large commercial property tax codes. The House of Representatives’ bailout plan will bring another chunk of change.  And there it is:  the state budget is fixed, or close.

Defunding police and rethinking the role of police in our society is critical to the health of our entire society, first and foremost to the African American community.  But the money available in police budgets is inadequate to the changes in priorities we need to properly fund a healthy, prosperous and more equal community.  For that we need to turn to state and federal budgets, and to the vast fortunes in the hands of the superrich that have accumulated at the expense of the rest of us.

Oddly, no one in Sacramento has been talking about any of these options except expressing the hope for federal assistance.  Why the silence?  We elect politicians to make laws and budgets that help California become a better place, including, when necessary, imposing appropriate taxes.  What’s appropriate in a pandemic, in a Great Depression, and to reverse the legacy of white supremacy? If legislators are unwilling to pose this question themselves, we need to pose it for them.

Fred Glass is the author of From Mission to Microchip:  A History of the California Labor Movement (UC Press, 2016) and member of East Bay DSA.