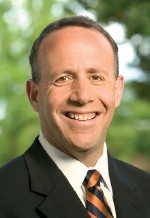 State Senate President Darrell Steinberg has announced that the Senate Rules Committee will not hold a hearing on CPUC Commissioner Rachelle Chong before the end of the year – effectively killing her confirmation. For low-income residents and consumers, this is wonderful news. Chong used her position at the CPUC to sponsor an AT&T-backed proposal to de-regulate the state’s Universal Lifeline program – which would have meant thousands of Californians losing basic telephone service. The Central City SRO Collaborative spent months turning out tenants against this proposal (with invaluable help from TURN), and Chong paid a heavy price for it by losing her job. An Astroturf campaign by Verizon and AT&T wasn’t enough to save her, and the message it sends to the CPUC is – “Don’t mess with Lifeline!”

SRO tenants never thought they would venture in the world of CPUC appointments, but the campaign to save Universal Lifeline inevitably took them there. For a flat monthly rate of $6.11, low-income people can get a basic “no-frills” phone line that helps them keep in touch with doctor’s appointments, job interviews and loved ones – or to handle emergency situations. The Central City SRO Collaborative has signed up tenants onto Lifeline for years – so when TURN told us it was in jeopardy, we jumped into action.

The California Public Utilities Commission (CPUC) is one of the most powerful state agencies, but its Commissioners keep a low profile. And when there isn’t much public attention, companies that the Commission regulate and stand to gain billions run the show. Rachelle Chong has functioned as the CPUC’s unofficial telecommunications “expert” – and is close to telecom giants Verizon and AT&T. When AT&T wanted to de-regulate Lifeline, Chong was the Commissioner they asked to submit their proposal.

For the Central City SRO Collaborative, testifying at the CPUC was a new experience. We would bring Lifeline customers out to their hearings to speak against the proposal, and at every meeting the Commissioners would postpone the vote. It began to look like a common delay tactic we see in many corrupt government bodies – keep putting off the decisions until the poor people get tired of always having to come back. Problem is, we just kept turning out every time.

The CPUC finally realized in July that we weren’t going anywhere – so Chong temporarily “shelved” her proposal to re-write it. Of course, she was hoping the issue would quiet down until after her confirmation sails through. After all, most people don’t know who is on the CPUC – so who’s going to stop her from getting re-confirmed in Sacramento? With AT&T and Verizon lobbying heavily on her behalf, she could take up the proposal later.

The Governor appoints CPUC Commissioners, but the State Senate must confirm them. Chong had provoked us by attempting to de-regulate Lifeline, and it turns out that she had angered other grassroots organizations as well. We may have blocked her proposal to de-regulate Lifeline temporarily, but our leverage depended on blocking Chong’s confirmation.

TURN did an excellent job assembling a grassroots coalition to lobby the State Senate Rules Committee. It was the first time that all three major consumer rights groups in the state (TURN, UCAN and Consumer Federation of California) worked together to oppose a CPUC Commissioner. Seventeen groups (including our organization) that represent low-income communities and people of color sent letters against Chong’s confirmation. We were joined by 3 faith-based organizations, 3 environmental justice groups, five small business organizations and three labor unions (including the Communication Workers.)

Chong had her own set of trade associations and non-profits write letters to the Senate Rules Committee on her behalf. What did virtually all of them have in common? They took generous donations from AT&T. When the Los Angeles Times interviewed one of these non-profits, the director admitted he endorsed Chong upon the advice of AT&T executives – who had given the group money. It was an Astrotruf campaign.

We expected the Rules Committee to hold a hearing this week – and were prepared to bring a busload of Lifeline customers to testify. Then, we heard the hearing would be postponed until next week. Yesterday, Darrell Steinberg’s office announced there would be no confirmation hearing for Chong. “We felt it was important to have a commissioner with a little more enthusiasm for consumer protection,” said a spokesperson.

“This is exactly the way the confirmation process is supposed to work,” said Sam Kang, managing attorney of the Greenlining Institute, which had been part of our coalition. “Rather than rubber stamp the Governor’s choice the Committee investigated and reached its own conclusions. The evidence was overwhelming that Ms. Chong’s decisions have had a disastrous impact on low-income communities and people of color.”

Without a confirmation hearing, Chong will be off the CPUC by the end of the year. It’s true – of course – that Governor Schwarzenegger will now get to appoint someone else, and we don’t know who that will be. But the Senate Rules Committee would have to confirm that person, and we are grateful that Darrell Steinberg stood up for consumers.

Regardless of who replaces Chong, the message for the CPUC is clear. If you mess with a program that helps thousands of low-income residents have basic phone access that the rest of you take for granted, we will take you out. Remember that you serve the people!