How Statistics on Crime, Housing Can Mislead 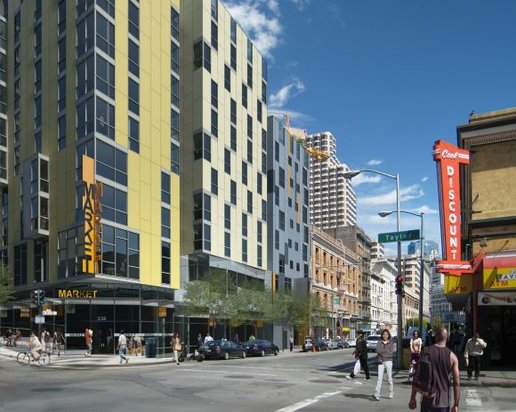 Jonah Owen Lamb’s March 16 SF Examiner story (“SF Police Report Drop in Crime But Numbers Are Inconsistent”) highlights an increasing problem: urban policies wrongly driven by misleading statistics. We see this in the testing obsession dominating public schools, in the allocation of resources based on “calls for service,” and in the fierce debate about new housing development. With many baseball and basketball fans relying on Sabermetrics and analytics, statistics are often falsely  seen as “objective” measures of urban policies.

Police statistics, which are a critical management tool, have been widely challenged.

Fans of The Wire will recall its critique of police reliance on CompStat by showing how the mere labeling of crimes made a huge difference; CompStat sacrificed real police work for pointless arrests to make a captain’s numbers look good.

In San Francisco, a wave of car break-ins in SOMA have raised the felony numbers in that area and built demand for increased policing. But extra police are unlikely to impact car break-ins, whereas having a more visible police presence in the Tenderloin deters public drug dealing and increases residents’ safety.

Why You Can’t Trust Calls for Service

I recently learned that San Francisco’s allocation of homeless outreach services was based on “calls for service.” That makes sense, right? After all, the neighborhoods making the most complaints about a problem must be those most impacted and are entitled to more services.

But what if you are in a neighborhood where a problem is so visible and common that people don’t make “calls for service” because they assume authorities already know? I imagine that someone who appears disoriented prompts lots of calls for service if they are on Union or Irving Street, but on Market Street would not cause even a single call.

Ask people on Market Street why they do not call in complaints and they will look at you as if you are a fool. They feel “everyone” knows about the problems on Market  so that calling the city for help is futile.

As a result, this “call for service” model allocates disproportionate resources to areas less in need. It also favors those whose greater education and skills make them more comfortable calling in complaints to public agencies.

I’m told anecdotally—and have no stats to back this—that the influx of more affluent Mission residents has led to more service calls about longstanding problems in that neighborhood. The problem hasn’t gotten worse, but the population group impacted has changed—and now makes more service calls to the city.

Today, San Francisco’s chief policy debate involving statistics is over the impact of new housing construction. Does it reduce prices by increasing supply, or simply increase the percentage of affluent San Franciscans?

According to a widely cited story by Joseph Smooke (“5 Facts: San Francisco’s Housing Crisis is NOT Because of Supply”), statistics show we don’t have a production problem because, in addition to other numbers, “From 1950 to 2013, SF has built two new units for every new resident!”

That certainly seems convincing until you ask about using a comparison starting in 1950. Why 1950? The year has no special place in San Francisco history. I assume 1950 was used because data was available and the numbers “proved” Smooke’s argument. But there have been so many dramatic changes in San Francisco’s housing landscape since 1950 that no housing numbers using that year as a starting point have contemporary relevance.

Why not simply look at the role of new construction in the past decade?

San Francisco had a de facto market rate housing moratorium from 2007-2011. During that time rents on vacant apartments skyrocketed. If this de facto moratorium had continued to today (it was caused by financing restrictions, not a lack of demand), this lack of new housing would have done nothing to make San Francisco more affordable.

To the contrary, the resulting acute lack of supply for a city adding 100,000 workers in the past four years would have raised rents even higher.

As vacant one bedroom apartments rent for $3500, Ellis evictions continue and the state and federal government ignore the housing crisis, it’s understandable that some would lash out at new housing as the enemy of San Francisco’s economically diverse future. But at the risk of being falsely accused of not fully understanding the gravity of the city’s affordability crisis, let’s keep in mind some facts rarely mentioned in media sticker shock stories.

These huge rent increase numbers only apply to non-rent controlled housing. There are tens of thousands of longterm tenants paying far less than current market. A similar if slightly lesser number will be paying below market rents twenty years from now.

A lot more San Francisco tenants are paying less than $2000 for a one-bedroom than are paying $3500. And that lower total applies to every housing type.

All hope for an economically diverse San Francisco is not lost. It requires a more strategic use of scarce public dollars and of developers’ inclusionary housing obligations.

This is where the discussion needs to focus, not on what various statistics say about building new housing.