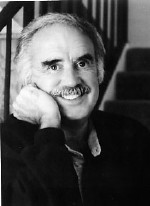 With the state legislature on the brink of caving to Republicans on the budget (even though only 36% of voters want a “cuts-only” solution), California politics has been unbelievably depressing. But a trip down to Burlingame this weekend gave me hope for the state’s future. The California Democratic Party had its quarterly Executive Board meeting there, and the first one since John Burton was elected Chair. The Party has a new focus on organizing that I never saw under Chairman Art Torres, and officials are giving grassroots activists the tools to push an agenda outside of elections. It’s not like the Party’s new initiatives like “Learn to Win 2010” are revolutionary – groups like MoveOn, the Courage Campaign and Wellstone Action have been doing similar work for years – but it was a breath of fresh air to witness the California Democratic Party take this on. With Obama having shown that organizing can be done on a national scale, now is the challenge to transform state politics.

I have argued for years that state government is far less accountable than local – and even national – government. The national media covers what happens in Washington, and the public generally cares about the President and Congress. It’s easy to pack a hearing room at City Hall, and activists are on a first-name basis with local elected officials. But when or how do we hear about Sacramento? Politicos believe that California is just too big to run a statewide grassroots effort, so campaigns and lobbying are left to the powerful.

Last year, Californians made more get-out-the-vote phone calls for Obama than any other state combined. But progressives have let our deep blue state fall off a cliff – as a lethal combination of right-wing straitjackets (Prop 13, Prop 218 and the two-thirds budget rule) have ruined our fiscal health. At a panel this weekend, State Senator Loni Hancock candidly admitted that California is ungovernable. “Our state government is re-arranging chairs on the Titanic,” she said, “with a Mad Captain hell-bent on hitting the iceberg.”

At the Democratic Convention in April, delegates picked former State Senate President John Burton as Party Chair – after 14 years of Art Torres. The California state legislature never had a more passionate advocate for the poor than John Burton, and in he has issued harsh statements on the budget process in his new role as Party Chair.

More importantly, however, Burton and the State Party have tried to mobilize rank-and-file Democrats in the past few moths around this issue. Almost every day, I get an e-mail from the State Party – urging me to call the Governor’s Office. When Art Torres was Chair, I would only get e-mails around election time – to give money or walk precincts.

But it’s not just because Burton is the new Chair. The State Party has been listening to the growing rank of progressive delegates, and has a renewed effort to actively engage the grassroots so we can change the state’s political dynamic. “I am your megaphone,” said Communications Director Kate Folmar, “to push your voices, our values and our issues.” As Folmar spoke, Party workers handed out a “Call to Action” sheet to everyone in the audience. Every sheet had the name and number of ten high propensity registered Democrats in “red districts.” Our homework for the weekend? Call these people, and ask them to contact their Republican legislator about passing a sane state budget.

Attendees also got a well organized pamphlet on how the California Democratic Party can help grassroots activists organize their districts. Basic information on candidate recruitment and support, media training information, liability insurance for Democratic clubs, and issue research – along with the contact info of staff members for each task.

As the state’s demographics trend Democratic, the Party is committed to providing resources, training and assistance to activists who live in “red” districts. In August, the Party will start conducting weekend-long campaign training workshops (Learn to Win 2010) in 14 parts of the state. Rather than places like San Francisco or Los Angeles, they will be in Fresno, Irvine, San Diego, San Bernardino and other communities that have a Republican in Congress or the state legislature.

It’s not like any of these ideas are new. Wellstone Action has done “Camp Wellstone” across the country for years, and the Courage Campaign is running “Camp Courage” to build a statewide grassroots network to repeal Proposition 8. But in the 12 years I’ve been involved in California Democratic politics, I have never seen the State Party do anything like this. “The California Democratic Party is in the marketplace of activism,” said delegate Shawn Bagley – who is running for a position in the DNC – “but it wasn’t competitive. Now, it’s taking steps to become competitive with these other groups.”

Moreoever, Barack Obama is proving this can be done on a national scale – and the trick is now to apply it in state politics. Mary Jane Stevenson, California director for Organizing for America, spoke at the E-Board Luncheon on Saturday to describe the work they are doing. Calling OFA “the President’s field team,” Stevenson explained that their current priority is to be a “constant drumbeat” to Congress for health care reform – building a grassroots infrastructure “block by block.” OFA is planning rallies and phonebanks, and will target legislators who need to hear from their constituents in support of the plan.

Democratic Party activists are energized to transform California politics, and I left the E-Board excited about what John Burton is doing to the State Party. But there was some disagreement this weekend about how to go about abolishing the “two-thirds” budget rule in Sacramento. Everyone agreed it was the culprit of our budget crisis, and running a serious grassroots campaign to get the state voters to make changes is essential. The question is whether to push a “simple majority” requirement for the budget and taxes – or to take the more politically feasible step of just changing it for the budget.

Burton argued that “we could still do a lot” with a majority requirement to pass a state budget – even if the legislature would still need a two-thirds vote to raise taxes. But State Assemblyman Alberto Torrico – who has championed an oil severance tax – argued that we must do both, because the Republican minority would still refuse to raise any taxes whatsoever. The legislature could still raise fees (like the Vehicle License Fee), but a budget that still requires a two-thirds majority for taxes would be more restrained.

EDITOR’S NOTE: Paul Hogarth attended his first California Democratic Convention in April 1997, and has been active in State Party politics ever since.