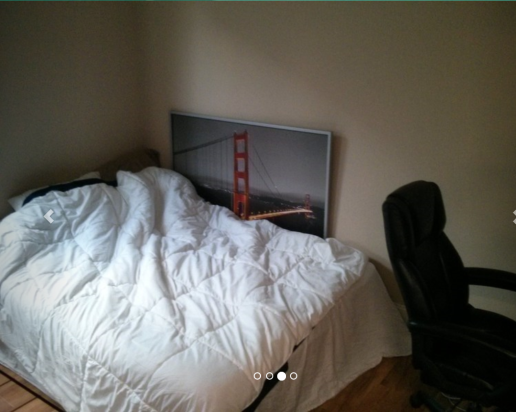 On November 12, 1014, 6 former tenants of the Park Hotel, 1040 Folsom Street, San Francisco, CA filed a lawsuit in San Francisco Superior Court for wrongful eviction against the owner Nasir Patel and lessee Danny Haber, who have refused to re-rent to them after they were displaced from the hotel by a fire on May 5, 2011.

Under the San Francisco Rent Control Ordinance, the owner and lessee were required to offer the former tenants their units back within thirty days of completion of repairs after the fire. Instead, on June 1, 2014, the owner leased the entire property to The Negev, a “tech co-op”/shared housing company headed by Haber and former Google engineer Alon Gutman, who then rented out all the rooms to tech workers and others.

They were required under the Rent Ordinance to re-rent to the former tenants at the same rent as before their displacement (most between $600-$800 per month plus cost of living increases). Instead, tech workers are paying $1250- $1500 per month per room.

Before the fire displaced the tenants, the Patel obtained an interest-free loan from the Mayor’s Office of Housing and Community Development to renovate the hotel, and agreed to keep 10 units affordable to persons making 40% of the Area Median Income for 15 years (until 2023). Under the terms of the loan agreement, 10 units should be rented to low-income persons at a rent of $510 per month. On October 28, the City has issued a Notice of Default on the loan due to the owner and lessee’s failure to rent units pursuant to the terms of the loan agreement.

After the Tenderloin Housing Clinic (publisher of Beyond Chron) wrote the Patels and Haber informing them of their failure to offer units back to the former tenants, instead of offering the units back to the tenants as required by law, Haber went to the tenant with cash buy-out offers of $500 and ask them to sign a release of claims. Later, when the tenants who did not sign releases wanted to see their former units, the units were already rented, and some of the units were divided into smaller units.

“This is a gross example of people profiting off the booming tech economy at the expense of low-income housing,” said Steve Collier, Tenderloin Housing Clinic, attorney for the tenants.