A Special Report: The Tenderloin Betrayed 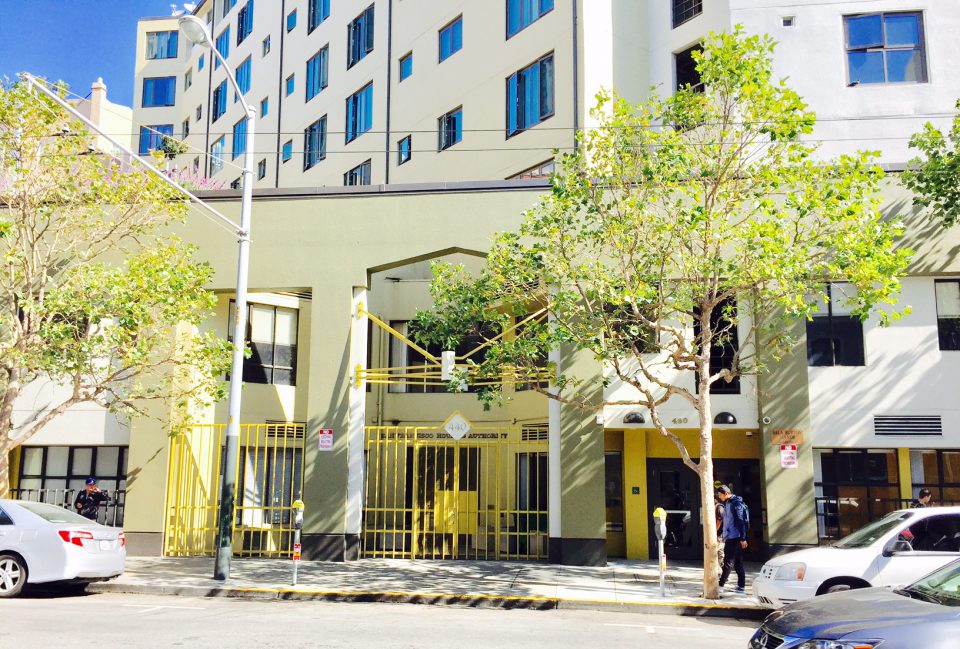 Until the community and Supervisor Jane Kim mobilized to stop it, a 24 hour homeless service center would have opened in longtime office space in the Tenderloin without a single stakeholder—or even Supervisor Kim—being told about it in advance. Kim was moving forward on a continuance motion when the mayor’s office, caught unaware by DHSS Director Jeff Kositsky’s lack of community outreach, decided to back Kim’s motion to continue the item on today’s Board agenda. (Ed Note: The item was continued until the Board returns in September)

The issue is not whether the city needs more homeless services. It clearly does. Rather, it’s about how decisions are made where they should go and what they should be.

In this case, city officials  did not feel even adjacent Tenderloin residents, businesses and property owners were entitled to learn of the city’s sudden change in plans for the 440 Turk site. After nearly a year of being told the space would be for city offices, a plan was hatched without community input to transform the space into a 24 hour homeless service center.

Can you imagine Jeff Kositsky of the Department of Homelessness and Supportive Housing trying to open a 24 hour homeless center without public input in Bernal Heights?  He wouldn’t dare. City officials would not treat any other San Francisco community with the contempt exhibited toward the Tenderloin.

The full story of what is going on with DHSS and 440 Turk raises serious questions about how the city is approaching homelessness. For example, why are homeless dollars being spent on offices rather than services? What happens to the city’s support for a Housing First policy as  it spends millions and millions of dollars expanding the city’s shelter system?

Further, what happened to the city’s alleged commitment to each supervisor district accepting a “fair share” of homeless services; a commitment Mayor Lee and Kositsky publicly backed in a meeting with homeless program advocates? It’s remarkable that the city moved to add another major homeless facility in the Tenderloin while D5 continues to have none—with none in the works.

We also need to understand how expanding shelters in economically distressed neighborhoods addresses the mayor’s economic agenda. Mayor Lee launched his “Invest in Neighborhoods” program on May 30, 2012 in Little Saigon, less than two blocks from the proposed 24 hour service center.

Now instead of bringing office workers to 440 Turk that would spend money in Little Saigon, the city would shift them to the already prosperous South of Market. That’s the opposite of the city investing in neighborhoods like the Tenderloin where these dollars would make a difference.

It’s remarkable and very sad that the only reason anyone knows about Kositsky’s 24 hour homeless service plans for 440 Turk is that Joshua Sabatini wrote about it in last Friday’s SF Examiner.

D6 Supervisor Jane Kim knew nothing about it.

The city did not tell the seniors living above the planned facility. Those living in supportive housing across the street were also ignored.

The Tenderloin Housing Clinic, which I head and that has an office next store to 440 Turk and two offices across the street, was kept in the dark.  UNITE HERE Local 2, Hastings Law School, and the Tenderloin/North of Market CBD, which is funded by area property owners, were also ignored.

All these groups urged that a public community engagement process proceed any new plans for 440 Turk.

Also ignored by Kositsky was the Turk and Larkin Deli next door to the proposed 24 hour center. The owner of over 35 years asked me “how can the city open this without talking to anybody?”

Indeed. Many neighborhood stakeholders offered the same answer: this is how it things happen when it comes to the Tenderloin.

Actually, as I explain in my book, The Tenderloin: Sex, Crime and Resistance in the Heart of San Francisco, that’s not how things have happened in the Tenderloin since Ed Lee became mayor. The neighborhood has finally gotten the level of public services and economic assistance that other communities have long taken for granted.

But Jeff Kositsky was operating under his own set of rules.

On May 17, 2017, I attended a press conference with Mayor Lee to announce the opening of the Winton Hotel . It was moderated by Jeff Kositsky. During that time, Jeff said nothing to me about 440 Turk.

I learned later that day that Kositsky had earlier decided that DHSS should offer some services at the 440 site in addition to administrative offices. According to my source, Mayor Lee had basically instructed Jeff to check if the community was cool with it.

He never contacted me. Or anyone else in the Tenderloin. Until last Friday, Tenderloin folks all assumed his original plans for 440 Turk were going forward.

After the SF Examiner story broke I saw a June 19, 2017 letter Kositsky wrote to the Board saying that DHSS now wished to use 440 Turk for “client services.”  No details beyond that were provided. Nobody in the community got that letter or was informed that DHSS was totally changing its plans for the site.

Kositsky bypassed the community because he felt under the gun because he was making a last-minute change to longtime plans for his department to move to 440 Turk.  The SF Housing Authority was counting on the money from the sale. DHSS felt it had to go through with the deal so Kositsky came up with a new plan for the site—keeping the plans out of the knowledge of potential critics.

Should Kositsky’s costly leasing deal for SOMA ever be approved, you can forget about voters  passing a sales tax hike in November 2018 to fund homeless services. Good luck explaining to voters why the city is paying $1.25 million annually to rent space when they already are in contract to buy 440 Turk for the same purpose.

Kositsky is also using $10.3 million in bond funding from the 2016 voter-approved Public Health and Safety bond. Voters were told these funds would be used to “improve and expand services delivered at homeless service sites in San Francisco.”

But 440 Turk was not a “homeless service site” when that bond measure passed. It’s unclear how that money can legally be used at that location.  And if the city overcomes a legal challenge, it will still leave voters distrusting how a future ballot measure will allocate homeless funds.

Voters will also ask why the city needs a sales tax hike when it can afford $1.25 million each year to house city workers that already have offices.

Bad for the Tenderloin

The Tenderloin has a shortage of office space. That’s why TNDC, which owns the senior housing above 440 Turk, tried to buy the office space in June 2014. But the SFHA got $2 million more from the city above TNDC’s offer, which was fine as the Tenderloin was still getting an office use.

Kids leaving the Tenderloin Community School on route to the Turk/Hyde mini-park can either walk by a methadone center with rampant drug dealing  nearby, or, if Kositsky gets his way, pass by a 24 hour homeless service center across the street.

Everyone loves to talk about how much they support Tenderloin kids, but forcing them to walk through that gauntlet to get to one of only four play areas in the Tenderloin says quite the opposite.

It says to me that folks pushing 440 Turk’s conversion to a homeless service center don’t give a damn about Tenderloin kids.

A developer asked me why he has to meet with the community about his projects while a city director can ignore the community entirely in siting a 24 hour homeless service center.  It’s a great question.

With the mayor’s office pulling back Kositsky’s plan, the Tenderloin has a month to let city officials know about their ideas for 440 Turk. It seems clear that the discussion needs to be broadened to include all Tenderloin stakeholders. It also needs to include representatives from the Office of Economic and Workforce Development, whose constructive role in the Tenderloin reflects their on the ground work with local businesses and nonprofits.

If DHSS refuses to move into 440 Turk, other sites in or around the Tenderloin  are available.

San Francisco must remain smart and cost effective in expanding its homeless services. Kositsky’s plans were neither. Had he sought Tenderloin community input, this entire fiasco would have been avoided.

This is fundamentally about the empowerment of a long, disenfranchised community. I’ve spent nearly forty years seeking to empower Tenderloin residents and business owners. By completely ignoring their input, Kositsky sent them a message that the city’s top homeless agency official doesn’t care what the low-income people of the Tenderloin think.

That is the ultimate betrayal.

Randy Shaw is Editor of Beyond Chron. He is the Director of the Tenderloin Housing Clinic, the city’s largest permanent housing provider for homeless single adults.