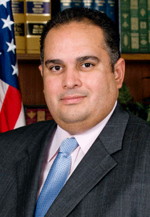 After an afternoon of headache-induced number-crunching I hoped I’d have better news to report today, but it appears Speaker Perez and Sacramento Democrats are still prioritizing the reelection of safe incumbents over achieving a two-thirds super majority in the California Assembly.

Democrats currently enjoy a majority in both the Assembly and the State Senate, but would have to pick up at least two more seats in each chamber to achieve the super-majority needed to pass revenue increases over the objections of an obstructionist Republican minority.

Yet campaign finance reports reveal that Speaker Perez, Sacramento Democratic lawmakers and state and county Democratic campaign committees have spent nearly half a million dollars more defending two safe democratic seats this election cycle than they have in defending a Los Angeles coastal district against a possible Tea Party takeover.

In the 10th Assembly District (Marin, D+35) Sacramento Democrats donated $925K to Mike Allen, an incumbent Assembly member who moved into the open district when his existing district was carved up and reapportioned. Mr. Allen’s opponent is Marc Levine, a fellow Democrat.

In the South Bay, Torrance School Board member Al Muratsuchi became the Democratic candidate for AD66 after Betsy Butler left the district. Election experts consider the race highly competitive for Republicans, giving them the best opportunity in two decades to pick up a seat in that area.

Before the June primary, few Sacramento Democrats, including both John Perez and Betsy Butler had made any financial contributions to Muratsuchi, forcing the candidate to loan his campaign $45,000 to defend the new South Bay Assembly seat against two Tea Party candidates, Nathan Mintz, who ran and lost a close race against Butler in 2010, and Craig Huey, who ran an unsuccessful $500,000 self-financed congressional campaign against Janice Hahn last year.

After the June primary however, Sacramento finally began investing in Muratsuchi’s campaign, donating $967K to help defeat opponent Craig Huey. Clearly, a huge improvement, but is it enough? The most recent campaign finance reports show Muratsuchi and Huey have are neck and neck in the amount of cash they both have on hand.

Eric Bauman, Vice-Chair of the California Democratic Party, says the AD66 race is the party’s “number one” priority. And if you compare these three races in isolation, that statement is correct.

The bigger problem, however, is Perez and Sacramento Democrats aren’t making a two-thirds majority their “number one” priority at all. Not when they’re spending $500K more on two absolutely safe Democratic seats than they are to defend a competitive swing-district seat that could fall under Republican control.