Speak Spanish? Getting Equal Hospital Care in Contra Costa County No Sure Thing 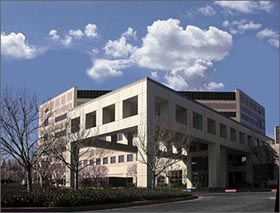 Last February, members of Contra Costa ACORN held a Valentine’s Day rally at John Muir Medical Center in Walnut Creek to protest the hospital’s lack of translation services for patients who do not speak English. About 50 members and their families turned out for the event, and members have since expanded this into an ongoing campaign for better Health Care in Contra Costa County.

Listed below are the results from calls and visits made by ACORN members to John Muir and Mt. Diablo medical centers to follow up on their initial action. At their first meeting with representatives from the John Muir/Mt. Diablo health system, representatives from ACORN pressed the hospital for better health-care services with special emphasis on translation services for patients who do not speak English. Previous research into this issue revealed that translation service for Spanish-speaking patients in Contra Costa hospitals was available less than 50% of the time. (The complete study, “Speaking the Language of Care: Language Barriers to Hospital Access in America’s Cities” is available at:
http://www.acorn.org/fileadmin/Additional_Accomplishments/National_report.pdf)

Representatives for the hospital acknowledged this problem, and said they were committed to improving translation services. However, no clear timeline for these improvements was given, and further contact with Gary Boyd, Senior Vice President for Clinical and Support Services for the hospital system, has produced only vague references to when these improvements might take affect. Meanwhile, translation for patients who need it remains lacking in most cases, as the follow-up research conducted at John Muir and Mt. Diablo hospitals reveals.

ACORN members made a series of follow-up phone calls, as well as one anonymous visit, to the two hospitals between March 29th and April 16th. Of the phone calls, Spanish service was available in only 5 out of the 15 calls made (less than 40%), including calls to emergency rooms. It’s worth noting here that translation service for those who do not speak English is not a matter of courtesy, but rather a legal obligation under title VI of the Civil Rights Act of 1964. When an ACORN member visited John Muir Medical Center on April 16th, she was referred to a telephone translation service. While this may technically meet the legal requirements for translation services, it falls well below the standard of service given to patients who speak English. And while such a service is understandable for uncommon languages, Spanish is the second-most spoken language in Contra Costa County, not to mention California, and there should be better structure within the hospital to accommodate patients who speak Spanish.

ACORN’s campaign for better medical services is ongoing, and consists of a mixture of lobbying local officials, meeting with hospital representatives, and direct community action to draw attention to the problems involved. The John Muir/Mt. Diablo health system has not significantly improved its services for people who do not speak English. We find this disappointing, as we believed our first meeting with hospital representatives was conducted in good faith toward the goal of improving services for this crucial part of our community. And while we understand that John Muir/Mt. Diablo has some structure in place to improve their translation services, they have provided few specifics for how and when this will actually be achieved. Until a more solid commitment is made, ACORN members consider this issue unresolved, and will continue to pressure the hospital system for better services.