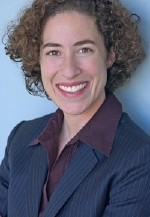 The most competitive and expensive race in San Francisco just got a little less crowded, after PUC general manager Laura Spanjian dropped out of the District 8 Supervisor race yesterday. Spanjian is moving to Houston, Texas – where she’s taking a job as Sustainability Director for Annise Parker, the first openly gay Mayor of a major American city. It’s also a good personal move for the Bay Area native (who has never resided outside of California), as her longtime partner lives in Houston and also works for the city there. But for local political junkies, the big question now is what Spanjian’s departure means for the race to succeed Bevan Dufty – and which of the three remaining candidates now stands to benefit the most.

There are two schools of thought, and to a certain extent it depends on your political persuasion. Progressives argue that it makes Rafael Mandelman the candidate to beat, while some moderates say that Rebecca Prozan will benefit the most. Mandelman now has the progressive vote to himself, while Prozan and Scott Wiener duke it out for more moderate voters. But it also makes Prozan the lone woman candidate, and with Spanjian out she is the only candidate running as an “independent” of the two political machines.

If I were Rafael Mandelman, I’d be on the phone with consultant Jim Stearns right away. Stearns – who ran the campaigns of progressive Supervisors Aaron Peskin, David Chiu and David Campos – was retained by Laura Spanjian, and if Mandelman hires him now it would be a coup. Based on what he told the Bay Guardian yesterday, Stearns says it’s “clearly a win” for Rafael – and others say Spanjian’s exit now makes Mandelman the new front-runner.

It certainly makes the calculus of who will get the Democratic Party’s stamp of approval more predictable. Wiener, Spanjian and Mandelman are all members of the local County Central Committee (DCCC), were running for re-election in June and angling to get the endorsement in August. Mandelman was always the progressive favorite, but Spanjian’s close ties with progressive DCCC members would have complicated his efforts to get the nod. Now, what happens on June 8th will play a major role in determining the race.

If progressives keep control of the DCCC, Mandelman will get the endorsement – and his front-runner status will be unquestioned. If enough moderates take over, Wiener is likely to get the nod – which will complicate things. But even then, Wiener would still have to compete with Prozan for moderate votes in the district. Today at 5:00 p.m. is the filing deadline to run for DCCC. I’ll be at City Hall to see which candidates are on the ballot.

On the other hand, Rebecca Prozan has positioned herself as “independent” of the two political machines in City politics – which Spanjian was also trying to do. Wiener and Mandelman currently have the institutional support, which helps build up a campaign at the start but also creates baggage – and could allow a third candidate to squeak through. As long as there were two candidates attempting that game, odds of success were a long shot. Now, Prozan will have that field to herself – if she can keep straddling the fence.

Supervisor Bevan Dufty is neutral in the race, saying that he likes many of the people running. Observers doubt that will change, because he’s now running for Mayor. But despite not making an endorsement, he’s only given money to two of the candidates – and one of them was Spanjian. The other, Rebecca Prozan, used to work as his aide.

But Prozan’s success depends largely on how much District 8 voters use Ranked Choice Voting. It’s easy to see Prozan and Wiener split the “moderate” vote with Mandelman squeaking ahead, but enough voters casting a second-choice vote for the same candidate could upend the conventional wisdom. To date, San Franciscans are still getting used to RCV – and two years ago there was little evidence of “strategic” voting that could alter the outcome. It should also be noted this will be the first time District 8 will use it in a meaningful way.

All told, Mandelman benefits the most from Spanjian’s exit – but it may end up being a blessing in disguise for Prozan.

UPDATE: The Bay Guardian reports this morning that State Senator Mark Leno, who had stayed neutral until now because he was loyal to both Spanjian and Scott Wiener, has now endorsed Wiener for District 8. Should be interesting …