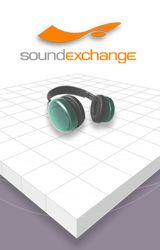 Several days ago, I spoke with good friend Neeta Ragoowansi from her office in Manhattan. Neeta is a fabulous singer, musician, and a former entertainment attorney for the Kennedy Center. Her work with the Afro-pop group Big Village, jazz saxaphonist Ron Holloway, her role as Wanda Forever in Black Hole Bhudda, and in my own Drummstick band, has made her one my all time favorites. These days she is still using her powers for good, working as the Membership Director of SoundExchange, a nonprofit agency based in Washington, D.C. and authorized by the U.S. Copyright Office to collect royalties from digital broadcasters and pay them directly to performing artists. Founded in 2000 and initially part of the Recording Industry Association of America, SoundExchange made its first payments in 2001 and, after a slow beginning, has begun to double its annual collections. In 2005 it expects to collect and allocate $35 million.

In December 2004, the New York Times’ Ben Sisario profiled this innovative organization, revealing that the amount paid by SoundExchange, the sole collector and distributor of these royalties, is a fraction of what is made in royalties by composers and publishers from traditional radio, but it has grown significantly in recent years with the rise and expansion of the satellite radio services XM and Sirius. The main difference with the new royalties, though, is that they are paid not to composers and publishers but to the performers, the singers and musicians in a song, and the copyright holder of the recording, which in most cases is a record label.

The biggest obstacle the agency faces, apparently, is getting the word out to artists and registering them for payment. These royalties for new and unfamiliar formats are a category of payment that performing artists in the United States have never had before, a performance right.

“This is a brand-new right,” according to John Simson, the executive director of SoundExchange. “A lot of artists are unaware of it, and we’re working against 80 years of a music industry without a performance right.” In Europe for example, and other places around the world, performing artists are paid a royalty for radio play, but because the United States has not paid the fee in the past, it has generally not been reciprocated by other countries.

In a practice well known to musicians and record companies but obscure to the public at large, traditional radio, or “terrestrial radio,” as it is now known in the music industry, pays a royalty only to a song’s publishers and composers, not to its performers or the owners of the recording itself. “When a typical Beatles song gets played on traditional radio,” says Simson. “John and Paul get paid royalties, but not George or Ringo.” Musicians and record labels have long complained of this arrangement. In the 1990’s, two federal laws established a royalty for performers for Web and satellite radio and digital music services like Muzak, DMX and Music Choice. The Digital Performance Right in Sound Recordings Act of 1995 and the Digital Millennium Copyright Act of 1998 established for the first time that the performers of a song and the copyright holder of the recording would be paid a special royalty separate from those paid to songwriters and publishers. The rate for this royalty, set by the librarian of Congress, is 7 cents per song per 100 listeners, for most digital services. In the abbreviated nine-month accounting period of 2004, SoundExchange (which does not pay the composer or the publisher of a song; those royalties are paid by other agencies) distributed $17.5 million collected from satellite and Web broadcasters. That number is still tiny compared with the royalties paid from traditional radio – about $350 million a year, according to industry estimates – but it is growing fast. The two leading satellite radio systems, XM and Sirius, which began broadcasting in 2001 and 2002, respectively, added a substantial number of listeners this year. XM says it has more than two and a half million subscribers, and recently Sirius announced that it had passed one million subscribers.

One example of how well SoundExchange works, comes from the singer and songwriter Suzanne Vega who three years ago, received an initial $41 payment from SoundExchange. It was so small she did not notice it in the accounting from her manager. The next year the payment was bigger, and bigger still the year after that. “Now it’s up to $800,” said Vega. “I wasn’t even aware of it until recently.” The money Vega received were royalties earned from satellite and Internet radio, a growing source of income that many artists and record labels are just beginning to notice.

Barry M. Massarsky, a music industry economist and a consultant for SoundExchange, predicted that total revenue from satellite radio alone would increase by 6 to 10 times over the next five years. “Based on our research from August 2004, forecasts for satellite radio revenues alone eclipse $2 billion by 2008 and $3 billion by 2010.”

“Current revenue estimates for satellite radio are about $300 million for 2004”, according to Massarsky. Most of the money comes from subscription fees. But because of the novelty and unfamiliarity of the performance royalty, SoundExchange has had a difficult time getting artists to sign up for the service, and in many cases it is searching for performers to pay. The agency has a list of more than 30,000 artists to track down who are owed payments ranging from $50 to $5,000.

Some of those artists, like D’Angelo, Nine Inch Nails and Men at Work, are well known and have just not filled out the necessary paperwork. But the whereabouts of many performers, particularly the ones no longer involved in the music business, are unknown. Among those being sought by SoundExchange are members of the 60’s garage-rock bands the Beau Brummels and the Blues Magoos, the girl group the Shangri-Las, the young Italian singer Laura Pausini and the heirs of Dinah Washington and Mantovani.

“There are recordings where it’s unclear who is the featured performer,” Simson revealed.. “Like with rap, a song might be billed as Lil Jon featuring Usher featuring someone else. There might be two or three featured artists on the recording. Do we send all the money to one artist or divide it in three? Our preference is to have an artist tell us, but in many cases we don’t know.” The new income stream from SoundExchange has taken many performers and record labels by pleasant surprise. “It’s like manna from heaven,” said Bruce Iglauer, the president and founder of Alligator Records, an independent blues label in Chicago. Iglauer said the label’s November 2004 payment from SoundExchange, was between $5,000 and $10,000. “That’s not a huge amount of money, but that’ll pay the studio bill for a record.” The artists who stand to gain the most from a performance right are performers of pop classics and oldies standards who never received radio royalties before but, since hits from decades past stay in rotation, could collect significant amounts of money. Because there were so many artists yet to be found SoundExchange voted to extend a deadline until December 31, 2005, for artists to apply for royalties collected between 1996, to 2000.

The efforts of Simson, Ragoowansi and others on behalf of these performers are both laudable and timely. In this ever growing electronic age of mp3 downloads, webcasts, streaming audio, the murky history of the recording industry and the struggling independent labels, SoundExchange is a welcome ally to performers and artists all over the world. You can visit SoundExchange at http://www.soundexchange.com. You never know, they just may have some royalties for you.