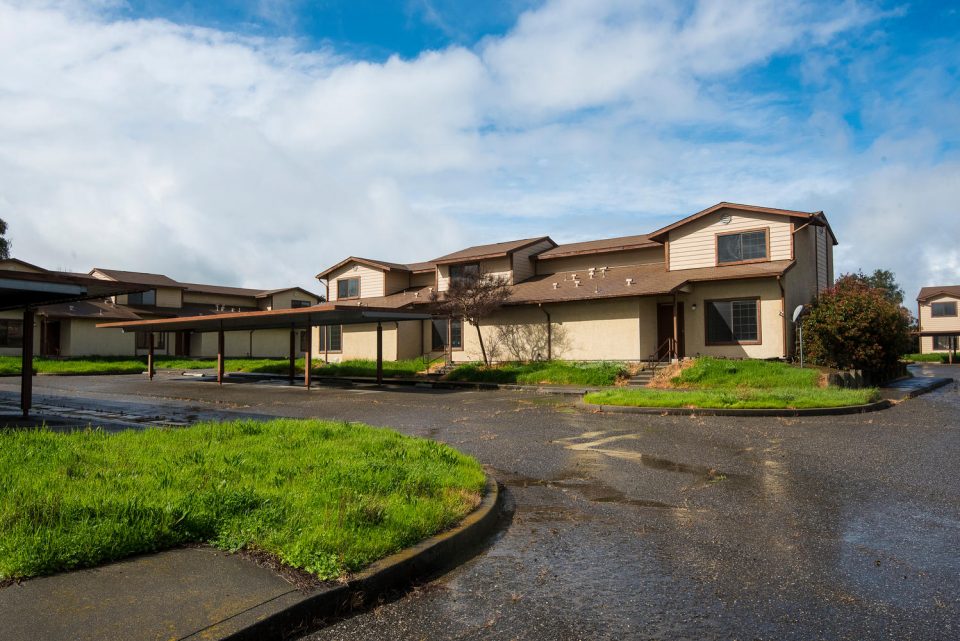 “We have residents sleeping in their cars or in tents by railroad tracks, or those simply sheltering where they can,” said Rachel Ford, chair of the Solano Interfaith Collaborative on Poverty. “As a community, we should be doing everything we can to get them into permanent housing. Our region has an opportunity with Georgetown.”

Veterans advocates criticized the Board and members of the Fairfield City Council for continuing to oppose the project, despite the fact that 48 of the nearly 300 units would be set aside as affordable housing for veterans.

“I am a veteran who experienced homelessness. I know how life changing having a reliable safe roof over your head can be for a person who really needs it, particularly in the veterans’ community,” said J.R. Wilson, president of the Delta Veterans Group. “Unlike many of those who say they are opposed to this project, I personally have been out to the Georgetown site and have seen the remodeled units that represent what these homes would look like once renovated. They’re not only livable, but beautiful. For those who are homeless, or are at the risk of homelessness, these homes are much more than just a nice place to live. These homes can give them stability and a community that help them get back on their feet and thriving again.”

Georgetown will bring nearly 300 units of 100 percent affordable two-, three- and four-bedroom homes to Solano County, with 90 percent of the units available for low-income individuals and families and the remaining 10 percent for very-low-income residents. With a Community Workforce Agreement in place, the rehabilitation of Georgetown will also utilize a skilled and trained local workforce and provide good wages and benefits for those working on the project.

After serving as military housing for 20 years, these homes have been vacant for more than a decade because the property owner, Hunt, needs cooperation from Travis Air Force Base to reconnect water and sewer lines that run under the Base before the units can be refurbished. The actual utility service would come from California Water Service (Cal Water) and the City of Vallejo. Hunt has agreed to pay for water and sewer service and update the units at no cost to taxpayers, the city, County or TAFB.

Like other parts of California, Solano County is in desperate need of affordable housing. The county has a housing shortfall of more than 9,516 homes, and renters need to earn more than $ $64,800 annually – 2.4 times –the state minimum wage – to afford the County’s median rent.

“This project is such a no-brainer. It’s 300 units of housing, 48 for veterans, and we don’t even have to build anything,” said Gillian Pressman, director of development for YIMBY Action. “Here we have an opportunity, in less than a year, to allow these units to be move-in ready and to have families move in, and veterans move in. And we have to take it. The cruel thing is not to allow this housing at all. There’s an opportunity for the community to really do something that’s important and necessary.”

Since 2014, the City of Fairfield has permitted only 140 of the 1,183 low- and very-low-income units required ⎯ a drop in the bucket compared with what the City needs.

More information about the Georgetown Project is available at HousingForHundreds.Com

You can read communication with the City of Fairfield about the project here.