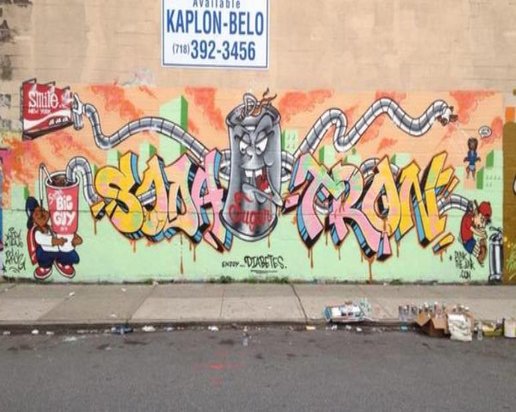 “Magically, when they would turn twelve, we’d suddenly attack them like a bunch of wolves.”

I was reminded of that quote from a former top marketing executive at Coca-Cola when I saw the recent news about soda companies pledging to reduce calories. Last year, the Alliance for a Healthier Generation (AHG) announced a partnership with McDonald’s to “leverage their market share and cultural relevance to help inform and influence the way families eat outside the home.” This year, AHG made a similar agreement with Coca-Cola, Pepsi, and Dr. Pepper.

When the McDonald’s agreement was announced, I shared my concerns that it would undermine parents working to reduce the amount of fast food marketing aimed at kids. Since then, McDonald’s has rolled out even more marketing in the form of a new Happy Meal mascot character and a new social media campaign for Ronald McDonald.

The soda companies are also using their agreement with AHG to amp up their marketing to children under the guise of  help:

This is the same kind of energy balance language soda companies have used before to blame the victims they hooked on products engineered to be addictive.  It also feeds on the developmental vulnerabilities of youth by emphasizing the importance of how they look.

“Because at the end of the day, finding balance keeps you looking and feeling good. And that means achieving more of what really matters—better selfies,” the Mixify campaign revoltingly explains.

With Mixify, Big Soda seems to have taken notes from Big Alcohol’s abuse of the “drink responsibly” message as a marketing tool. As industry watchdog Alcohol Justice wrote in a May 2012 report:

As we learned from Joe Camel, the kind of help parents need from companies selling harmful products is for them to stop marketing to our kids. Instead, parents are left to fend off celebrities using their fame to shill soda.

There’s pop star Taylor Swift in a new Diet Coke campaign aimed at making us forget about that pesky new research showing artificial sweeteners may raise our risk for diabetes.  Athlete LeBron James follows the Hypocrite Diet by eschewing sugar and carbs while marketing soda and fast food to children.

As that former Coke executive put it, “The game is rigged by the power of the soft drink industry and how much money they put against all the competition in that space.”

This infographic from the Center for Digital Democracy shows how the game is rigged even more for African-American children.  Latino children also face this “double dose” with both mainstream and targeted marketing.

People are seeing through Big Soda’s latest “slick move to gain better favor with consumers.” Public health expert Kelly Brownell commented, “These companies are under fire, and promises without substance will not help.”

What will help? A soda tax on sugar sweetened beverages. Soda companies know this too and are spending unprecedented amounts to defeat these measures in California. POLITICO reporter Helena Bottemiller Evich says, “The industry is all in, pouring at least $2 million into the fight already, to hold its perfect record.”

I urge Berkeley and San Francisco voters to show their support for parents working hard to raise healthy kids and vote yes on the soda tax measures in November.  It will send a strong message to the soda wolves and will have ramifications far beyond Northern California.

As Larry Tramutola, political consultant for the Yes on D soda tax measure in Berkeley told POLITICO’s Evich, “This isn’t a local campaign. This is a national campaign. If we pass ours, other cities will have it on the ballot.”

This piece originally appeared in US Healthy Kids. Casey Hinds works to make a healthier food environment for children and instill a love of physical activity. Read more at ushealthykids.org and follow her on Twitter @caseyhinds.