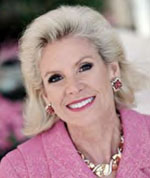 Last weekend marked the 39th anniversary of car-free space on JFK Dr. in Golden Gate Park on Sundays. Despite rainy skies, the event was celebrated by park users from around the city, who also used the opportunity to build support for extending the popular car-free space to Saturdays too. This Healthy Saturdays legislation, which is a proposal for a six-month trial on Saturdays just like the popular Sunday attraction, will be voted on this Friday, April 14th by the Board of Supervisors’ Land Use committee, then it is expected to head to the full Board on April 25th.

Sundays in the Park attract more than a million visitors each year, with the car-free space being the top attraction in the Park. Supporters of Healthy Saturdays – who include the Sierra Club, Green Party, Walk SF, SF Bicycle Coalition, Senior Action Network, SF Tomorrow, the Youth Commission and more – want to extend this popular experience to both weekend days.

“The park should be a park at least two days a week,” says Leah Shahum, of the SF Bicycle Coalition (SFBC). “On Sundays, thousands of people enjoy the park for what it was intended to be – a sylvan retreat from city life. It’s a place where kids can learn to skate and bike, where families can spend time together outdoors, where people can hang out in public space without the fear of fast-moving traffic.”

People who work on Sundays or attend church or have other obligations do not have the chance to experience the joys of car-free space in Golden Gate Park, so rare elsewhere in the city. Expanding the experience to Saturday will allow more people to have the opportunity for safe, free recreation in the city’s most popular park. Given our increasingly sedentary lifestyles and accompanying health problems, city leaders have the responsibility to offer more opportunities for affordable and accessible physical activity.

So why is the proposal becoming controversial? Who could oppose more safe play space for residents and visitors in San Francisco?

The most fierce protests are coming from the de Young Museum, whose leaders are claiming that the trial Healthy Saturdays program would “severely compromise access to the Museum particularly for seniors, families, persons with disabilities, and anyone who cannot afford the cost of the parking garage.” This is from a letter sent April 7, 2006 by the de Young Director John Buchanan, Jr. and Board of Trustees President Dede Wilsey to the de Young’s 20,000 members.

The letter fails to mention that the new 800-car garage, (built with public bond money and located directly under their museum), is still fully accessible from both sides of the Park. There is disabled parking, of course, in the garage. As well as a 15-minute grace period to drop people off. No change there.

And the letter fails to mention that there will still be front-door access to the Museum. Anyone can drive right into the Concourse area from MLK Drive on the south side of the Park to drop off visitors at the front door. The only change is that, during the Healthy Saturday trial as on Sundays for the past 39 years, drivers will enter the Concourse area from MLK Dr. not JFK Dr., not a great hardship. And the letter fails to mention that hundreds of free parking spaces remain in the Park within walking distance of the de Young.

The de Young seems to have conveniently forgotten its 2000 commitment to support this same car-free stretch of JFK on Saturdays once the parking garage was built. Dede Wilsey and then-de Young Director Harry Parker wrote in their pro-Saturday closure argument in favor of Proposition G that the measure (which called for exactly the same car-free space as being proposed by Healthy Saturdays): It “enacts Saturday closure after the opening of the Music Concourse underground parking facility.”

“The de Young has reneged on its commitment and is now unfairly moving the goal posts,” says Cheryl Brinkman, Cole Valley resident and Walk SF member. “It is frustrating, after all of the support that the citizens and the city – financially and emotionally – have offered the de Young, the museum has violated the public trust and is not acting as a good Park neighbor.”

Another troubling aspect of the de Young’s anti-Healthy Saturdays letter seems to have backfired because it blatantly tried to play the race card. In the letter, the Museum’s director called out two ethnically themed exhibits “Chicano Visions” and the “African- American folk art quilts,” and claimed the passage of Healthy Saturdays could “result in the loss of these exhibitions entirely.” Recipients wonder why these two exhibits, specifically, were called out for the potential chopping block…

When questioned, the de Young’s Sr. Media Relations Officer, Barbara Traisman, backed off the letter’s threat, stating that the Museum was committed to these exhibits and cannot imagine a circumstance in which they would be cut.

Supporters of Healthy Saturdays are encouraged to come out to the public hearing Friday at 1pm at City Hall, and to call every Supervisor and the Mayor. For more information on Healthy Saturdays and how you can get involved, see http://www.sfbike.org/ggp