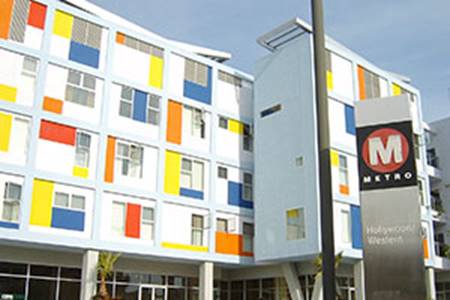 “‘This is a moment of our growing up,’ Los Angeles Mayor Eric Garcetti said after the vote. ‘I understand the fear where people are like: ‘No, just keep [housing] out and maybe my traffic won’t get worse.’ Well, we’ve tried that for three decades and it’s failed. This is a new beginning.’”  LA Times, Nov.7, 2019

History was made last Thursday in Southern California. And it gave a huge boost to California’s SB50, which must pass by January 30, 2020.

The long obscure Southern California Association of Governments (SCAG) voted 43-19 to shift much of its 1.3 million state-mandated housing allocation from inland to coastal cities. This targets housing to cities creating the most jobs and away from the Inland Empire, whose residents commute one to two hours for jobs in Los Angeles.

The state mandate is called the Housing Element and Regional Housing Needs Allocation, or RHNA. It has long required California cities, towns and counties to plan for their housing needs but has not been taken seriously—-until last week.

Much credit goes to Paavo Monkkonen, Associate Professor of Urban Planning and Public Policy at the UCLA Luskin School of Public Affairs, and Leonora Camner of Abundant Housing LA for exposing the region’s deeply flawed RHNA allocation formula (which allowed Beverly Hills to build only 3 units over eight years instead of  3100 under the new plan). Their revelations brought demands for reform from the YIMBY group People forHousing Orange County and other pro-housing activists and groups.

In June, only one member of the Los Angeles City Council attended the SCAG meeting. Last week, eleven council members did. Los Angeles Mayor Eric Garcetti also attended as did Culver City Mayor Meghan Sahli-Wells. Sahli-Wells sent a powerful message to other cities by backing a plan that will double her city’s housing production goals to 3300 homes.

That’s what housing leadership is about. After Sahli-Wells walked the talk it made it harder for other mayors to oppose higher housing allocations.

Liam Dillon’s LA Times story on the vote explains what occurred. I’m writing about how the vote highlights the need for SB 50. SCAG targets will not and cannot be met without  SB 50, for three main reasons.

I’m not joking when I say I don’t envy any city council member in a small SoCal coastal community that has traditionally opposed growth and now has to deal with this. Either they try to defy state law or get absolutely hammered — probably for years — by their constituents—Nov 7 tweet by @dillionliam

Does anybody believe that left to its own devices Beverly Hills will rezone enough land to build 3100 homes by the 2029 SCAG deadline? Local politicians in that city and others face re-election defeats and  recalls for even proposing such zoning changes.

SB 50 gives local politicians an out. They can blame SB50 for rezoning city land, leaving them off the hook. Berkeley, San Francisco and cities throughout the South Bay will never approve six story buildings on transit corridors absent SB 50’s mandate (Bay Area housing targets are set by ABAG).

Local governments need the state’s help to comply with the new SAGA housing allocation requirements. Help they did not get in the past. In the eight years leading up to the 2014 regional targets fewer than half of the 1.5 million new homes the law said were needed were built. And considering the 1.5 million target was far too low to begin with, this failure helps explains why the state’s housing crisis got so much worse.

Cities are guaranteed to fall short of their housing production goals again in 2029 without state assistance. SB 50 provides what cities need.

Does anyone miss the irony here?

Local politicians just imposed regional housing demands that gave Beverly Hills and other cities no say.  And they did so because they recognized that allowing “local control” to dominate housing policy has prevented California from building enough housing to meet jobs and population growth.

SCAG’s decision to shift housing to where jobs are follows the logic of  SB 50. California cities must build greater density on transit corridors because it increases the likelihood that workers in these homes can take transit to jobs. Homes on transit corridors will increase greenhouse gas emission-causing car commutes a lot less than Inland Empire housing built one to two hours from these jobs.

A new study, Finding and Staying Home: Women of Color in California’s Housing Crisis, commissioned by CA YIMBY and authored by Ange-Marie Hancock Alfaro, Dean’s Professor and Chair of the Department of Gender & Sexuality Studies at the University of Southern California and founder of  the Research Institute for the Study of Intersectionality and Social Transformation, found that women of color face particular burdens from long commutes. Forcing people to find affordable housing great distances from their jobs is bad for the environment and bad for racial equity.

After SCAG, claims that SB 50 must be stopped because it undermines “local control” have lost all credibility.

SCAG  sent a powerful message about what mayors, councilmembers and other elected officials believe are their region’s housing needs. Only SB50 will ensure these needs are met.

Let’s be clear about this. Had SCAG felt it was fine for Beverly Hills to continue building three units every eight years it would have voted to continue that allocation.

It did not. Instead, by an overwhelming 43-19 vote it essentially doubled overall housing allocations.

Opponents of SB 50 have no strategy to meet SCAG’s housing goals. None at all. As Mayor Garcetti said, California has tried the no-growth strategy of SB 50 opponents for three decades; it has failed. It has plunged California into the nation’s worst affordability crisis, worsened climate change, and priced out working and middle-class families from cities whose culture and economies they  built.

Based on my talks with builders, if SB50 did nothing more than allow six stories on transit corridors it would mean 40-50 units on smaller 5000 square foot sites and a lot more units on larger sites. That’s exactly what is needed to meet SCAG housing goals.

All SB 50 projects over twenty units have mandatory inclusionary affordability—which Los Angeles still does not have locally. Repeated claims by opponents that SB 50 ignores affordability are just lies.

Randy Shaw is Editor of Beyond Chron. He discusses causes and solutions for California’s housing crisis in Generation Priced Out: Who Gets to Live in the New Urban America.