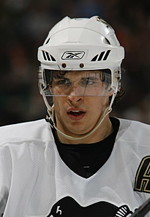 As someone who has made whatever bones he has made by writing about the demimonde of pro wrestling, I can assure you that predictions of the tipping point of the sports concussion crisis are fraught. The double murder-suicide of Chris Benoit, one of the most sensational crime stories of 2007, barely moved the needle because he was “just” a wrestler. This year’s National Football League gruesomeness surrounding, among others, Michael Vick, Kris Dielman, Troy Polamalu, and Colt McCoy hasn’t turned the trick, either, because … well, I don’t quite know why. Just because money trumps sanity when it comes to late-empire America’s headlong plunge into mass mental-health suicide.

Another major North American sport, hockey, now faces its perfect storm with the second and, for all we know permanent, sidelining of its greatest and most athletically artistic star – Sidney Crosby, his generation’s answer to Wayne Gretzky. Had Gretzky, in the 1980s, been disabled long-term or for good by concussions, then the National Hockey League either would be vastly smaller-time today or would not exist at all. It is impossible to calculate the tens or even hundreds of millions of dollars in ticket sales, rights fees, and merchandise revenue that the loss of Crosby might mean for the contemporary NHL.

During the continentally televised Winter Classic game on January 1, 2011, the Pittsburgh Penguins’ Crosby was concussed by a shoulder to the helmet from an opposing Washington Capitals player. Quickly cleared to return to play, Crosby got slammed into the glass four days later in a game against the Tampa Bay Lightning, which knocked him out of action for more than 10 months. Crosby came back last month but lasted only eight games before having to pull himself again due to lightheadedness, dizziness, and other chronic abnormalities associated with a concussion offshoot known as vestibular disorder.

The medical team that checked out Crosby after January 1 and determined he was good to go on January 5? None other than the Penguins’ official sports medicine provider: the University of Pittsburgh Medical Center.

It’s way past time for the top guns of the American sports media to be pointing out, loudly and clearly, that if Crosby, Polamalu, et al. have “concussion-like symptoms,” then the esteemed institution which has helped diagnose and treat them, and OK their resumed combat, has “suspicion-like symptoms.” Suspicion for allowing both broad and narrow medical advice and public statements to be steeped in the commercial interests of the $10-billion-a-year NFL and its collision-based cousin, the NHL.

Suspicion for specific acts of commission and omission by its Dr. Joseph Maroon (the team neurosurgeon for the Pittsburgh Steelers and the medical director of World Wrestling Entertainment). Suspicion for aggressive, misleading, and taxpayer-funded marketing of a for-profit “concussion management solution,” ImPACT, that is, in fact, merely chaperoning another generation of young American males, in particular, toward further avoidable death and disability.

UPMC is one of the largest employers and most free-spending lobbyists in Western Pennsylvania, and its dominant penumbra over health care glowers from the center of its own state clear to Youngstown, Ohio. UPMC is secretive, avaricious, and corrupt.

There – was that so hard to say in polite company?

The New York Times, which has done a lot of reporting on the concussion issue, much of it seminal and very good, certainly won’t associate the C word with UPMC. In June, responding to my criticism of his diminishingly effective coverage, which culminated in his leaving the concussion beat altogether, the Times’ Alan Schwarz asserted to me that Dr. Maroon’s involvement in the hype of the Riddell “Revolution” helmet – the focus of federal investigations – was a non-issue, “for reasons of which you are totally unaware.”

Often local news media are sharper than the national goliaths on local angles even when those angles threaten entrenched interests. But not in the case of UPMC. Nearly four years ago, when the center announced toughened ethics rules, the Pittsburgh Post-Gazette and others jumped on the story of how patients no longer faced the danger of having the products of big pharmaceutical companies foisted on them by doctors who had been bribed with dining, entertainment, and gimcracks and kickshaws. Yet no one bothered to tell readers that UPMC did not even produce a public document of its new policy, or that the policy didn’t prevent clinicians from having equity, both disclosed and undisclosed, in unregulated supplement companies.

(Earlier this year Pittsburgh Business Times health care reporter Kris Mamula sought me out for a telephone interview. He stood me up at the appointed time, and neither cyber hide nor terrestrial hair has been seen from him since.)

As footballers of all ages, and at all levels of informed consent, continue to get maimed and killed for our uninterrupted panem et circenses, the problem with high-minded commentary is that it is all too high-minded. Sure, we don’t know what the concussion tipping point will be. But I, for one, have a vision of what it could be: for example, a three-time champion quarterback murdering his supermodel wife on the 50-yard line at halftime of the Super Bowl – and taking out the intermission song-and-dance act along with her.

Of course, just to ruminate in such a fashion is deemed in extremely poor taste. By contrast, one presumes, the natural ebb and flow of today’s violent sports spectacles combine the visual splendor of Rembrandt, the wit of Molière, and the compositional brilliance of Shostakovich.

For more information on UPMC: Concussion Scandal Ground Zero and the next Concussion Inc. ebook title, retired San Francisco 49er George Visger’s OUT OF MY HEAD: My Life In and Out of Football, go to http://concussioninc.net.