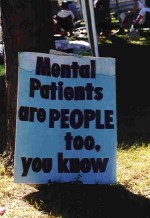 You’d think that if anyone could get along, it would be a bunch of shrinks. Apparently not. At least not when you’re dealing with the American Psychiatric Association and its revision of its Diagnostic and Statistical Manual of Mental Disorders, or DSM, the bible of its profession.

The tome, which is used by psychiatrists worldwide, contains a listing of all the conditions or behaviors that the shrinks feel are problematic for humans, as well as ways to treat them. The effort to update the book, designated DSM-V, is being described as a “civil war.” It is contentious, to say the least. And well it should be. A lot is at stake.

One of the leading critics of the revision process, Allen Frances, a former editor of the DSM, published his critique in Psychiatric Times. He believes that the shrinks should tread lightly in making changes in conditions and illnesses.

Frances writes that “a seemingly small change can sometimes result in a different definition of caseness that may have a dramatic and totally unexpected impact on the reported rates of a disorder. Thus are false “epidemics” created. For example, although many other factors were certainly involved, the sudden increase in the diagnosis of autistic, attention-deficit/hyperactivity, and bipolar disorders may in part reflect changes made in the DSM-IV definitions.”

Then, too, there is the “skillful pressure likely to be applied by the pharmaceutical industry,” Frances says, “after these new definitions are published. “To promote sales, the companies may sponsor “education” campaigns focusing on the diagnostic changes that most enhance the rate of diagnosis for those disorders that will lead to the increased writing of prescriptions.”

In a country where 20 million grade school kids and 50 million adults are already hooked on all sorts of heavy duty, and often dangerous and toxic psychiatric drugs to control their behavior or moods, it’s insanity to encourage the creation of more conditions that can be diagnosed and medicated — at a huge profit.

Forget the war on recreational drugs. Let’s declare war on psychiatric drugs. The new pusher on the block is not the guy lurking around the school yard. He’s the school shrink.

There’s another problem with the DSM: its propensity to declare our every proclivity a mental illness. What is a mental disorder and what is human behavior that merely deviates from the norm?

A person who talks to the dead for money is a spiritualist, but a homeless man who communicates with the un-alive is mentally ill.

It wasn’t that long ago that lobotomies were commonplace, women who wouldn’t obey their husbands were “schizophrenic,” and gay men were administered electric shocks to their genitals to “cure” them. Transgenders, according to the DSM, still suffer from “gender identity disorder.”

I’m not denying that there are people who need some sort of treatment. But that treatment should be well conceived and humane and should not merely involve pushing pills on vulnerable kids and adults.