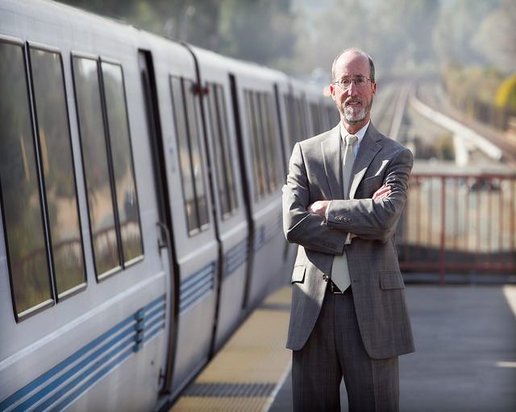 Labor previously spent heavily to defeat Glazer in an East Bay Assembly primary, and invested millions backing Bonilla. But labor and Democratic Party officials may have read the wrong message into Bonilla’s defeat.

Both blamed the low 23% turnout for the outcome. As Bonilla spokesperson Josh Pulliam put it, “In a presidential year, Susan Bonilla wins by 9 points, she doesn’t lose by 9 points.”

The problem with this line of thinking, however, is that presidential election cycles come only once every four years. Bonilla or another Democrat could challenge Glazer next November, and that may well occur  (Ed note: An earlier version mistakenly said that Bonilla would have to give up her Assembly seat to run, but  term limits end her Assembly tenure in 2016).

The low voter turnout was obviously critical, but the real message of Glaser’s victory was the impact of the “top two” primary system.  This system now routinely hurts  labor, and progressive Democrats, and the California Democratic Party should promote a state ballot measure in 2016 to overturn it.

Authored by Republican State Senator Abel Maldonado and backed by Governor Arnold Schwarzenegger, the top two election system was approved in June 2010 when voters passed Prop 14. Instead of Democrats and Republicans running in separate primaries, it included all candidates on the same ballot. The top two finishers regardless of party would then run against each other in the general election

CalBuzz foresaw the likely impact of the top two rules in a May 2013 piece assessing the defeats of two incumbent Assembly incumbents in 2012:

We also know that we’ll see lots more of this kind of thing in the future – in both Democratic and Republican races – as the top-two primary system encourages moderate candidates with guts and gumption to take on left- and right-wingers in hopes of getting into a run-off election where independent and other-party voters can provide the margin of victory.

What makes these two Assembly races particularly intriguing is the fact that both Republican and Democratic strategists were crucial in electing moderate-to-liberal Democrats who were perceived as less beholden to labor unions and thus more palatable to business interests. (Emphasis added)

It wasn’t low voter turnout that elected Glazer to the State Senate, it was the Republican-created Prop 14. Absent the top two system, Bonilla would have handily won the Democratic primary defeated her Republican opponent on Tuesday.

Since the top two system was passed in a low turnout election, it would seem vulnerable to being overturned in the large presidential turnout of November 2016. I recognize that corporate and wealthy interests would spend heavily to defeat a new initiative, and that California labor and the state Democratic Party may prefer investing in legislative and congressional races that cycle.

But given all the money labor has spent in two elections against Glazer, 2016 seems like the perfect time to overturn top two primaries. California will have a huge Democratic turnout and what better goal for labor than to change an electoral system designed to reduce unions’ political clout.

Since Prop 14’s victory, California labor got legislation passed preventing initiatives from appearing on low-turnout June ballots. It now makes sense to go back to the voters in November 2016 to get Prop 14 reversed.