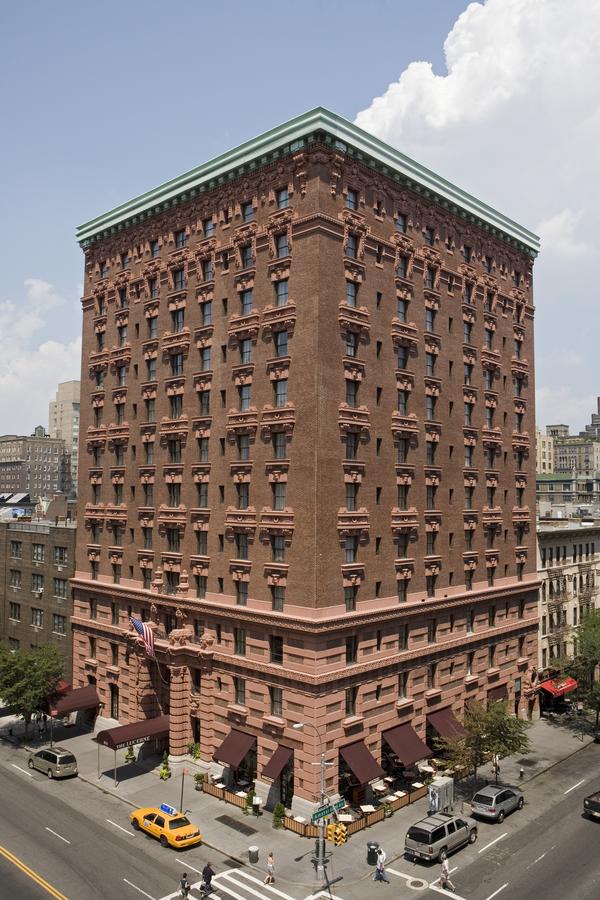 Cities Must Open All Neighborhoods to Low-Income People

Last week, politically powerful and affluent Upper West Side “liberals” caused New York City to stop using a neighborhood hotel for the unhoused. Many of the over 300 men staying at the hotel were shifted to a facility in Midtown. This triggered the sudden displacement of unhoused disabled residents living there.

All of this happened with the approval of Bill de Blasio, New York City’s “progressive” mayor.

As an angry State Senator Liz Krueger described, “We are deeply disturbed that the Mayor is caving to political pressure to move homeless New Yorkers out of temporary pandemic shelter at the Lucerne Hotel in a way that will displace one hundred fifty adult families sheltered at the Harmonia, none of whom deserve to get caught up in this politicized process.”

In order to placate an upscale white neighborhood, NYC ripped apart the lives of homeless disabled tenants. The relocation follows progressive attacks on President Trump’s racist and elitist plan to prevent affordable housing from opening in affluent white neighborhoods. Yet Trump’s agenda is being implemented in the bluest of cities.

Unfortunately,  most blue cities maintain racial and economic segregation. I wrote a book, Generation Priced Out: Who Gets to Live in the New Urban America, describing how over a dozen “progressive” cities have such policies.

I also describe how these policies can be reversed. But neither the pandemic, rising number of unhoused,  or the increased focus on racial justice fostered by the Movement for Black Lives has led “progressive” cities to open affluent white neighborhoods to low-income people.

There are hard-won exceptions. I write in my book about the successful campaign to get affordable senior housing built in New York City’s upscale Nolita neighborhood. But local councilmember Margaret Chin almost lost re-election for backing the seniors and alienating “progressive” Greenwich Village constituents. Chin’s support for low-income seniors was framed by opponents as “not listening” to the neighborhood. Habitat NYC also found its stellar reputation under attack for being co-developers of the project.

Housing for the unhoused is also being vigorously opposed in Los Angeles’s “progressive” Venice neighborhood. And San Francisco’s heavily gentrified neighborhoods use zoning and political clout to keep low-income people from living there.

Affluent “progressive” neighborhoods in New York City, Los Angeles, San Francisco, Berkeley, Oakland, Seattle, Denver, Austin and other cities along with much of the entire state of Connecticut all promote economic and racial segregation.

But New York City’s double displacement of the unhoused last week is still alarming. I don’t know how many opponents of the homeless had Black Lives Matter signs in their windows. But given the politics of the Upper West Side I would think there’s strong support for the BLM movement.

So long as nobody tries to bring low-income people of color into their neighborhood.

Black and Brown residents comprise a majority of NYC’s homeless population. Both racial groups have been disproportionately impacted by COVID-19.

And when it came down to a city program that helped these populations but also impacted Upper West Side lives, Black Lives no longer mattered.

To be clear, many progressives opposed the city’s action. On Sunday September 13 the Open Hearts Initiative held a march and rally to protest the displacement. They were joined by over 100 activists and Upper West Side city councilmember Helen Rosenthal.  The push to reverse the displacement of Lucerne residents has caused Mayor de Blasio to hold off more move outs; yet the fact that such massive displacement ever occurred shows the power of the “progressive” politician-affluent white homeowner alliance.

A Mockery of Community Organizing

According to an attorney brought in by opponents, the city’s actions were “a testament to community organizing. Families, seniors, small business owners, longtime residents and newcomers united. They were shocked and horrified to see what was happening in broad daylight in their neighborhood, and they wanted to do something about it.”

“Community organizing” is a term associated with grassroots activism by underserved and disenfranchised communities. Communities of color are often engaged in such activism.

What happened on NYC’s Upper Westside is not “community organizing.” It’s rich people using their political clout to keep low-income Black and Brown people out of their neighborhood.

Allowing neighborhoods to be off limits to the poor is not only racist and immoral, but it is a failed strategy for ending homelessness. Cities simply do not have space to house all the unhoused by keeping as much as half the city off-limits.

The Upper West Side’s success at keeping the unhoused away only made it harder for New York City to reduce homelessness. It increases pressure on other local officials representing affluent neighborhoods to also resist housing the unhoused. And this triumph of exclusion tells politicians nationally that they should not even consider moving low-income people to affluent white neighborhoods in the first place.

A good test case of this is about to occur in San Francisco.

Last week, a final court ruling upheld a November 2018 ballot measure (Prop C) that will bring $250-300 million annually  to fund efforts to end homelessness ($492 million has already been collected). San Francisco has long targeted homeless services to a handful of neighborhoods. Will this practice continue under Prop C? If so, the city will not be able to serve the increased numbers necessary for Prop C  to sharply reduce homelessness

Cities target services to already overstretched communities to avoid risking what happened on New York City’s Upper West Side. Many believe that trying to add services to heavily gentrified communities isn’t worth the fight, and actually slows down the use of funds.

Yet that reasoning is exactly why blue cities have long maintained racial and economic segregation. All cities must take their “housing for all” pledge seriously. And if “progressive” San Francisco cannot open all neighborhoods to low-income people,  it is hard to be optimistic that other cities will do so.