Shanghai As You Have Never Seen It Before 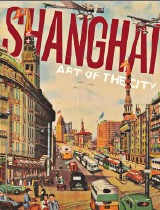 Shanghai is an internationally renowned city that I knew little about it before seeing Shanghai, the landmark exhibit opening today at San Francisco’s Asian Art Museum. The show was quite an eye opener. Prior to the Communist revolution in 1949, Shanghai was China’s Paris or New York City, an exciting urban center filled with quality cinema, art, and culture. Some would even describe Shanghai of the 1930’s and 40’s as decadent, and its opulence contributed to the class resentments that helped fuel Mao’s revolutionary campaign. The exhibit covers Shanghai from 1850 to the present, and borrows works from multiple Shanghai museums. I brought 13-year old Rebecca Tang with me on the media tour, in order to assess whether young people would also enjoy the exhibit. We both found the “High Times 1912-1949” section to be the highlight, and concluded that the exhibit will leave viewers hungering to learn more.

Shanghai is San Francisco’s sister city, and hosts the World Expo this year. The Asian Art Museum has gotten a head start on this international event by opening a unique exhibit that traces Shanghai culture from its 19th century days as a global trade center for tea and opium, through its emergence as an international urban jewel during the 1930’s and 1940’s, and to the present, all the while noting how many Chinese were not benefiting from the city’s economic growth.

My favorite part of the show was the pre-revolutionary period in which Shanghai popular culture flourished. The art and popular images resemble those found in American or European magazines of the era, and Shanghai’s cinema in the 1930’s reminded me of our own film noirs.

The show includes a sampling of these films as part of its section on “Popular Media and Representation of Women.” In the 1935 film, “The New Woman,” the lead female character is shown as a teacher and independent woman who then goes out on a date to a ritzy club with a rich suitor. The club features an act whereby a young girl is thrown down and then whipped by a man, a scene that horrifies the new woman but leaves here date cheering.

Appalled by his response, the new woman jumps out of their cab on the way home and climbs in to a passing rickshaw. As the film proceeds, the new woman needs funds badly, and a date with a wealthy suitor is arranged. It turns out to be the same man who cheered the woman’s whipping, and when he tries to get fresh with the new woman she uses wrestling holds to flip him over and subdue him.

Quite a feminist message for the 1930’s, especially for China. Curator Dany Chan told me that The New Woman and the other films worth seeing where clips are shown, “Crossroads” and “Street Angel” are available on DVD.

Those coming to the show expecting to see Chinese woman dressed in either exotic or Mao-style garb will be surprised at how western and modern Shanghai women were portrayed in popular images and advertising. There are great pictures of street scenes showing a bustling, entertainment dominated landscape.

Rebecca Tang, my 13- year old colleague, felt that she learned a tremendous amount from the exhibit and that others of her age group would do so as well. Tang noted that while she is Chinese-American, Shanghai history is not much taught in 6th grade world history classes, to the extent that most of her classmates did not even know Shanghai is in China.

Tang was surprised at how modern Shanghai appeared even in 1850, and how much Chinese designers and cultural figures were clearly impacted by their exposure to Western traders. She also noted how the post-1949 art, clothing and furniture appeared “a little gloomy,” as this was the period where Shanghai’s elite had already moved on to Hong Kong to replicate their foreign home city.

Although the exhibit lasts until September 5, high schools and middle schools should avoid the rush and arrange for class visits now.

There is much more to Shanghai than can be described in a review, such as the 3000 bricks from destroyed 1920’s buildings in the city that arrived by plane after being individually wrapped. A 1958 painting of “Shanghai Number One Department Store” is a special highlight, which ideally would be made into a poster for sale.

Many face tight budgets these days, and the $5 premium for the show brings admission to $17.00 for adults. But youth 13-17 are only $7, SFUSD students with id are free, and the first Sunday of the month is only $5 for adults and free for children and youth.

And to gain a portal into an entirely new world, this is quite a bargain.

Randy Shaw is Editor of Beyond Chron. Thanks to Rebecca Tang for her assistance on this article.