SFUSD & Revolution Foods: Relationship Must Flourish, No Matter the Cost 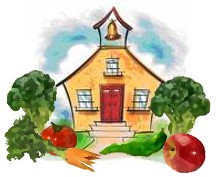 San Francisco Unified School District has made leaps and bounds in the reformation of its school meal program. The switch to healthy school meal vendor Revolution Foods is a costly endeavor, but in the end is an investment in students, an insurance policy for their health, development, and ability to learn. The more money spent providing students with nutritious food and practical hands on nutrition education, the fewer stories we will likely hear that sound like mine. Until four years ago, I was obese. I have no ties to SFUSD, but I grew up in California and am a product of the California public school system. At the age of 18, when I was getting ready to move to San Francisco, I weighed 250 lbs, at 5 feet 7 ½ inches.

I first began losing weight nearly a year after moving to San Francisco. The loss was gradual and healthy. I made small changes to my daily eating routine, all of which were challenging for me, yet not so drastic that I couldn’t stick with them. The first was to stop drinking Coca-Cola, which was a hard habit to kick. The second was to cut my portion sizes in half.

I accompanied these changes with an increase in physical activity by walking to my destinations or walking along bus routes to keep ahead of the next one. This additional activity and eating adjustments kick started the weight loss.

Looking back at my relationship with food is startling. I wonder when it all began to spiral out of control? When I weighed in at that astounding 250lbs, I had just legally become an adult. I had graduated from the public school system with what the government said is the skill set I would need to enter society as a fully functioning adult. But I was an adult who clearly had no idea how to keep herself healthy; at this point in time it feels like I was failed by the system.

Schools should be active on their end by teaching nutritional science, as well as not promoting unhealthy eating habits, such as my former daily bag of chips, slice of pizza, and 24 ounces of soda.

In elementary school there were no options; you ate the food that they served in the cafeteria or you ate what you brought from home. Boy, did I love the food they served at school. Sloppy Joes, pizza, hamburgers, hot dogs, tater tots, you name it, the cafeteria called to me. This is what I was taught in elementary school was a nutritious meal; who could possibly blame me for wanting to continue the lifestyle?

In middle school, you could choose to eat lunch that you brought from home, bought in the cafeteria, buy the name brand pizza from the canteen, or shop at the vending machines for a cup of noodles, chips, candy, and soda. It was in middle school that I began really eating poorly. I gained a good amount of weight between 6th and 7th grade. I couldn’t tell you how much, I never weighed myself back then.

I know, though, it had something to do with the change in diet. Middle school is when I began the bags of chips and multiple sodas a day routine. I had money to buy food from the cafeteria, but never had the interest. The pizza from the school operated canteen, or chips and soda from the school-operated vending machines, always seemed more inviting.

Without my parents there to say no, I was left to my own decision-making process. Is there anyone out there who thinks a child left to make their own eating decisions is likely to not choose the food that is heavily marketed to them, and appeals to their taste buds?

In high school it didn’t change; my options simply grew more plentiful. Now I had the student store, in addition to the canteen, vending machines, and cafeteria. I am absolutely positive that there were options for me to eat healthier. But I was already hooked on this lifestyle; how could anyone expect me to fight against all the factors steering me in the direction of unhealthy eating decisions? In my mind, chips and soda was an appropriate meal.

I was a very active teenager, involved in all kinds of extracurricular activities ranging from associated student body to water polo to all the musical programs offered. From middle school till graduation of high school, I spent a solid ten to thirteen hours, five days a week at school.

I briefly joined a club in high school that met every other Friday during lunchtime. It was a club for girls that offered a safe environment to ask questions on anything, be it our concerns with physical development, social situations, or dating advice. They also gave seminars on topics such as eating and exercising. The lunch they provided was pizza, the same pizza I could purchase at the canteen outside. The irony of a group centered on giving advice on healthy life decisions feeding its members pizza while preaching healthy living is just too much. Actions speak louder than words.

Years later, I have a good relationship with food. I understand that food is what I need to run on for the day. I eat when I am hungry, I don’t eat in excess, I eat mostly fresh vegetables and fruits. I can feel the difference in my mental and physical state between the days when I eat exceptionally healthy and drink lots of water, versus the days where I slip a bit.

It is now that I feel mentally clear, ready to absorb information and learn. I understand how imperative it is for human beings to eat well. It is of absolute importance during all stages of life, but of the highest importance while the brain is in its earliest years of development. We know that the brain develops in part by using the nutrients that are taken from the food we put into our bodies. It’s as simple as this: if we do not provide the proper nutrients to our brains, then our brains do not function properly.

Nutrition is still a young science; we learn facts every day, which help in fighting issues such as obesity, heart disease, and cancer. There has been a tremendous effort across the nation to bring nutrition education and healthier lunches to the public schools. It is an effort that must be supported by everyone.

We know the positive outcomes of consuming nutritional food. Now we must fight for it, no matter the cost. The nourished mind is the foundation for the ability to learn, focus, participate, and excel. Spending money on the school meal program is attacking an issue at its root. When schools look into new teaching techniques and technological equipment to raise G.P.A’s and standardized test scores they should think twice and look at how they can increase the efficiency of their students, not the processing power of their equipment.

I want people to know my story because what I faced was not easy. More importantly, it was entirely preventable. While it is a seemingly understandable concept, it takes a lot of mental strength not to succumb to the unhealthy temptations out there, particularly for adults who must alter the way they have been eating for years. For the children who are still in school, it is the perfect time to use the school meal period as a classroom for life.

The SFUSD lunch program has come a long way. While I have not been involved in the battle, I am thankful for the people who fought the good fight. At times it must have seemed impossible, but the seemingly impossible has been achieved. It will take the support of everyone who cares for it to ensure it remains.

The school district must know that we support their decision to work with Revolution Foods, and we want them to maintain the relationship, even if it means driving their nutrition department budget deficit higher. Having the proper nutritional foods to feed children’s minds is a vital step to improving every other aspect of their education.

The cafeteria cannot be thought of only as a fueling station for the body, but also as a classroom. A classroom where we teach the kids to live healthy by eating the food that provides them the nutrients, vitamins and minerals, which promote brain health. While it may not be clear the total cost of working with Revolution Foods, there should be no doubt in a single mind that it will be worth it.

Natalie Bishop is a wide-eyed young dreamer whose goal is to get into food politics, to advocate for more edible school yards, cooking classes, and nutrition courses in public schools.