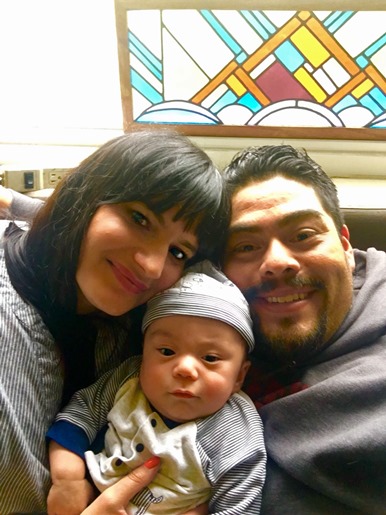 Since San Francisco’s housing crisis began in 1978, the city has never aggressively moved to both build housing and stop no-fault evictions.

But it can do so now.

The city’s biggest failure has been not building anywhere near enough housing. As I wrote last week, the passage of HOME SF represents a dramatic shift in public support for new housing. I expect this pro-housing momentum to continue.

San Francisco has been more aggressive in restricting no-fault evictions, but this has come almost entirely from voters. It has always been difficult to get meaningful anti-eviction legislation through the Board of Supervisors.

The most significant measures—which would have effectively stopped most Ellis Act evictions in the city—were pushed through the Board by Mayor Willie Brown. Unfortunately, the courts rejected these laws, paving the way for the ongoing displacement of vulnerable seniors under the Ellis Act (Brown’s measure required Planning Commission approval to covert a rental unit into a TIC).

Now in the wake of reports that most owner move-in notices are fraudulent, the Board is considering legislation to address this problem. Given that San Francisco is powerless to stop the ravages of the Ellis Act, it would be inexcusable for the Supervisors to not enact the toughest possible restrictions on owner-move in evictions.

The key dispute among supervisors concerns a provision that would allow qualified nonprofit organizations to enforce owner move in evictions. This would arise after the owner has failed to move in as stated in the notice and the displaced tenant has  been paid to waive the owner’s legal obligation to occupy the unit.

Here’s the problem. Many if not most owner move in notices do not result in owners actually moving in to the vacated unit because the displaced tenant has waived the owner’s legal obligation to occupy the unit in exchange for money.

Example: An owner issues a move-in notice. He negotiates a buyout with the tenant. In exchange for what is increasingly even six figure sums, the tenant leaves. On the way out the tenant agrees to waive the owner’s obligation to move in, as they got their money, are moving and don’t care what happens to their former unit.  The owner then triples or quadruples rent on the newly vacant unit.

That rent hike violates current law, which imposes vacancy control after an owner move in eviction. But who will enforce this violation? And who would even have an incentive to tell the new tenant they are paying an illegally high rent?

Not the former tenant, as they waived their right.

Not many current tenants. They agreed to pay the market rent and may not want to get into a legal or Rent Board fight their landlord.

Not the City Attorney, who has a lot of other priorities and lacks the resources to take on all of these cases.

That’s why tenant advocates want qualifying nonprofit organizations to have the right to enforce the rent law against owner’s illegally profiting from owner move in eviction notices. The City Attorney can have first crack at filing suit, but if they do not act the wrongful conduct will be addressed by the nonprofit group.

If passed, a nonprofit learning of an illegal, post-OMI rent hike would try to contact the new tenant in writing to see if they wish to act. If they do act, problem solved. If they do not, the nonprofit would sue the owner to obtain return of the illegally-charged rent. (Disclosure: The Tenderloin Housing Clinic, which I head, would qualify to file suits. This provision was first proposed by the San Francisco Tenants Union and other tenant groups).

The only reason Supervisors would oppose nonprofit enforcement against fraudulent owner move-in evictions is if they do not want such evictions prevented. There is simply no other valid explanation.

I’ve heard one legitimate argument that goes to the effectiveness of the nonprofit standing provision while actually bolstering the need for its enactment. It is suggested that after passage, landlords will circumvent the owner move in eviction process and just make a deal with the tenant on a buyout.

A buyout absent an OMI notice would not prompt a lawsuit. It would still allow owners to raise rents an unlimited amount after the tenant vacates.

But a buyout is different when the owner is not holding an OMI eviction up to the tenant’s head. Many tenants are happy to get a down payment for a house in exchange for giving up their tenancy. That’s different from feeling you are being involuntarily displaced due to and OMI eviction notice.

Perfect Not Enemy of Good

I have been trying to stop owner move-in evictions since the 1980’s.

In those days owner occupied buildings of four units are less were exempt from the rent control law. An owner could move in to such a building, six months later evict all of the longterm tenants, and then presto double the value of their property in less than a year.

Voter passage of Prop I in November 1994 ended the four unit owner occupied exemption. This then ushered in the new era of targeting seniors with fraudulent “relative “evictions.” Tenant advocates had some tightening of the OMI law on a November ballot in multiple elections from the late 1990’s into the 2000’s; the late Ted Gullicksen would never relent in trying to close the OMI loophole.

I bring up this history because whenever we conceived a new ballot measure we were always aware that it would not 100% solve the problem. If any single measure could have we would not have needed to keep getting voter approval for new ones.

So let’s not use owners’ ability to circumvent OMI enforcement provision through buyouts as a reason to oppose this provision.

While fraudulent OMI evictions are a problem, many tenants are displaced through legal OMI’s. We could stop a lot of this lawful displacement if we built more housing in neighborhoods where OMI evictions occur, such as Noe Valley, Bernal Heights, the Castro and North Beach.

Most buyers prefer not to evict. But if OMI eviction offers a far better economic deal than other options, many will choose that course.

That’s why building housing in OMI-heavy neighborhoods and enacting the nonprofit enforcement provision are critical. Together, they mean that San Francisco will be fulfilling its mandate to do whatever it can to stop fraudulent OMI evictions and reduce legal ones.