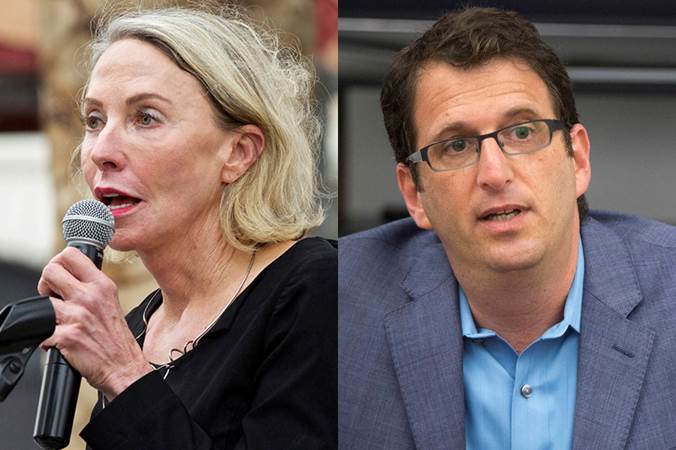 Until last week, San Francisco’s District 5 Supervisor’s race between appointed incumbent Vallie Brown and Dean Preston was on a predictable course. Preston was running as the progressive champion portraying Brown as the candidate of “big developers.” Brown was citing her record of district accomplishments and long D5 history going back to her days as an aide to progressive supervisor Ross Mirkarimi.

But the framing of this race as “progressive” challenger vs. “moderate” incumbent was shaken last week by two big endorsements.

First, SEIU 1021, which has endorsed San Francisco’s version of the “progressive” candidate in every election I can remember, backed Vallie Brown as their sole D5 endorsement. Brown has largely swept the labor endorsements, which undermines claims that the supervisor is an opponent of working people.

That SEIU 1021 and the very progressive National Union of Healthcare Workers (NUHW) are both backing Brown is telling. San Francisco is full of “progressives” who claim to support unions but who then attack labor-backed candidates as “corporate Democrats.”

What justifies these progressives in claiming that they, and not labor unions themselves,  are better advocates for working people? Nothing. Such arrogance toward the labor movement is not “progressive.”

Second, the San Francisco Democratic Party, headed by progressive icon David Campos (who voted No Endorsement), also gave Brown their sole endorsement. Among those backing Brown were D1 Supervisor Sandra Lee Fewer. Fewer had duo endorsed but when forced to pick one, went with Brown.

On Facebook, a staff member with the SF Tenants Union described some Brown backers on the SFDCCC as “weak-kneed” progressives and “hypocrites.” She didn’t identify which members she was referring to but Fewer has been solidly in the SFTU camp since taking office—-and she went with Brown. I got an email from the Preston campaign the morning of the endorsement meeting vote that included Fewer among his prominent endorsers—so the campaign up to then saw her as a principled progressive.

Even worse for Preston is that the SF Democrats refused to give him a second choice nod. That would have still enabled him to say in campaign literature that he was endorsed by the Democratic Party. The Democrats also made no second choice endorsement in the DA’s race, solely recommending Suzy Loftus.

How do these two endorsements, which join Brown’s backing by progressive hero John Burton, back Preston’s claims that Brown is fueled by “dark money” and is not a “progressive.”?

I think they undermine such charges.

Brown’s duo progressive endorsements last week reflects how this race is going in an unexpected direction.

As recently as June, I was among those who felt Preston was the favorite for three reasons.

Second, Preston had far more name recognition having run for the D5 seat in 2016. He also had built a  campaign organization filled with loyal volunteers that could hit the ground running for this shortened campaign season. In contrast, Brown had to build a campaign team from scratch and her name has never appeared on a ballot.

Third, Preston seemed to be catching a broader mood among affluent Democratic voters (who dominate the Haight-Ashbury) favoring a sharp break from traditional politics (Preston is running as a Democratic Socialist). I still think that mood is there among D5’s upscale homeowners but other factors have emerged.

First, Brown has far deeper roots in D5 and in the entire city than Preston. She made a lot of personal connections serving as an aide. Aides are often the people who carry out the specific actions for constituents backed by the supervisor; it appears many D5 voters still appreciate what Vallie has done for them over the years.

Second, November 2019 may not be the best election cycle to be running as a straight white male against a woman whose demographics resemble Elizabeth Warren’s. The two left candidates from New York City whose campaigns Preston seems to want to emulate were women of color (Alexandria Ocasio-Cortez and Tiffany Cabán).  The latter was a queer woman of color.

I mention Warren because I think D5 voters who want Democrats to run a woman presidential nominee are likely to also want a woman supervisor. A straight white male has not served D5 since district elections returned in 2000.

Finally, Preston’s recent email highlights a key message of his campaign: “we know we need an independent voice at City Hall. We know we need new leadership to shake up the status quo.” But if elected Dean would be the ninth “progressive” supervisor on the eleven member Board. The Board’s current progressive majority is the status quo. What is the progressive majority not doing that Preston feels his election requires to get done?

I’m not sure that the message of shaking up the status quo will be as effective as it was  when Preston ran in 2016.

Too Close to Call

These factors may have turned this race from likely Preston to slightly favoring Brown/ too close to call. You can’t really predict this race now because we of a very unclear likely voter turnout.

We know that older, white homeowners will vote in high numbers this November. Those homeowners primarily motivated by opposition to new housing will back Preston. Those primarily concerned about nuts and bolts neighborhood concerns will likely favor Brown.

Will younger renters vote? What about African-American residents of public housing?  There’s no way to know given this unusual election cycle.

I don’t see Breed’s uncontested mayor’s race  getting infrequent voters to cast ballots. Nor is  the DA’s race likely to drive such turnout. The affordable housing bond could make a difference if resources are invested in turning out public housing tenants and other infrequent local election voters. The Juul campaign might also increase turnout but not materially in D5.

Will Vallie Brown’s SF Democratic Party endorsement matter much in a nonpartisan election year? If this race were in November 2020, I would make Brown the heavy favorite because a Democratic Party endorsement in an election cycle with Donald Trump on the ballot is huge. But in November 2019 there will not be any Republicans on the San Francisco ballot.

I’ll write more on this race as it continues.

Randy Shaw is Editor of Beyond Chron. He discusses how the Haight-Ashbury gentrified in Generation Priced Out: Who Gets to Live in the New Urban America.