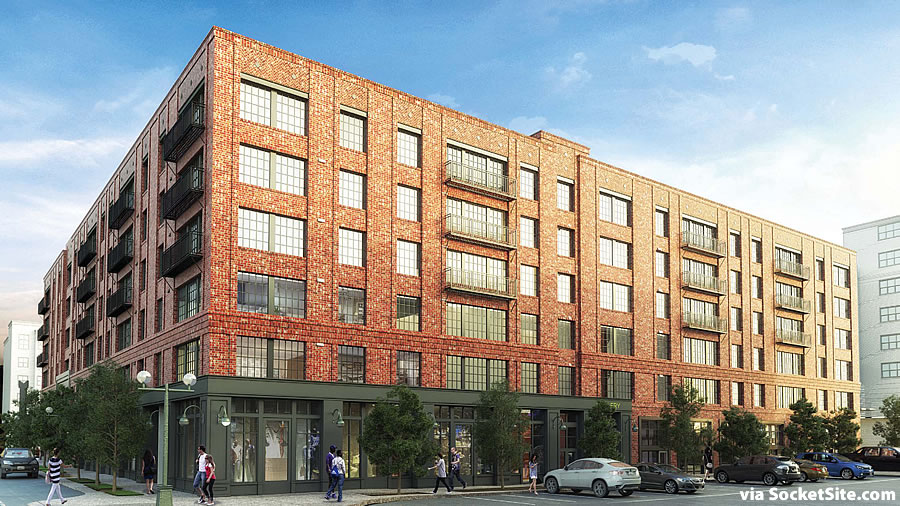 The "Beast on Bryant" underscores confusion over what "pro-housing" means

Voters in the upcoming San Francisco Supervisor elections face a hard task differentiating between candidates on the issues.  Instead of candidates promoting their positions on future key legislation, the races are about slogans. Candidates are vowing to “stand up to Mayor Lee,” “Take Back City Hall,” or ensure the “City is not for sale” without letting voters know how their vote on a future measure will differ from their rivals.

It wasn’t always this way.

For over two decades of supervisor elections a candidate’s stance on specific tenant issues became the critical dividing line. For a long time that issue was vacancy control.  When the state barred it, the litmus teast became supporting strengthening owner move in and other eviction restrictions.

But  San Francisco has passed most of the rent control improvements the courts will allow. And  the top exception— a huge loophole for operating and maintenance passthroughs—has not become an issue in any  race.

While political insiders can cite issue differences between candidates, I’ve found a lot of non-insiders unable to name a single specific piece of legislation that separates the leading candidates.  “Progressive” political clubs are endorsing one set of candidates and “moderate” clubs another, but many voters are not up to speed on the various clubs and have little clue what places candidates in each category.

For an election that some believe will greatly impact San Francisco’s future, voters have a surprising lack of knowledge  about where candidates differ on policies.

The endorsement process is not offering as much guidance as usual.

For example, I recently saw a Facebook posting from Kimberly Alvarenga’s campaign touting her endorsement from UNITE HERE Local 2 in the D11 race. I thought that was a big win for Alvarenga, and I thought that the union was staying out of that race.  But soon after I saw a Facebook posting from Ahsha Safai announcing how proud he was to have Local 2’s support—the savvy union had endorsed both top candidates.

Alvarenga is endorsed by the SF Tenants Union, and SEIU 1021 consultant Tim Redmond has accused Safai of being aligned with the real estate industry. Yet last week Safai won the sole endorsement of San Francisco’s largest and most active tenant membership organization, the Community Tenants Association. CTA has been at the forefront of every tenant legislative or initiative campaign over the past decade,

In the days when rent control on vacant apartments was the defining issue, where Alvarenga and Safai stood on that issue made it easy for pro-tenant voters to make a choice. In the absence of pending legislation that can differentiate the candidates, the choice becomes less clear.

Another example of endorsements failing to help voters is in District 5. Although Dean Preston is widely considered the most progressive candidate, a San Francisco Democratic Party with a progressive majority endorsed London Breed. Last Thursday’s night debate between the candidates brought out many differences, but the vast majority of attendees were already committed to one of the candidates. It appears most voters will rely on campaign literature images rather than the candidate’s votes on future legislation in making their choice.

D5 joins D9 as the two districts where Mayor Lee has his lowest popularity. Preston has tried to tie Breed to Lee, with Breed announcing at the debate that “I am not here to work for the mayor; the mayor’s not my friend. We don’t go play golf together or hang out.”

I have confirmed that London Breed does not even play golf.

There is much disagreement on the answer. In fact, what constitutes being “pro housing” has become so confusing that voters may understandably feel the term has lost meaning.

Was supporting the “Beast on Bryant” development pro-housing? That’s not how some Mission activists see it despite the Board’s 11-0 vote. They will soon be suing the city to overturn the project approval.

Is supporting a 25% inclusionary requirement “pro-housing” because it  requires more on-site affordable units? Or is it “anti-housing” because some see the 25% as too steep for projects to be built?

People argue both sides of these questions, and that allows politicians to claim they are “pro-housing” regardless of which position they take on a housing plan or development.

That’s a big problem. It helps explain why California continues not to fund affordable housing (politicians can claim they support housing without providing funding).

It also explains why some progressives claim Mayor Lee  has a bad record on housing despite his saving public housing, which effectively stops the displacement of thousands of African-Americans; leading the campaigns to pass a $1.3 billion Housing Trust Fund in 2011 and a $310 million housing bond in 2014; allocating millions on a small sites program that has bought buildings and saved dozens of longterm tenants from Ellis evictions, and increasing funding for Ellis eviction legal defense by 500%.

But despite these accomplishment,  Lee’s support for market rate housing means for progressives he’s really not “pro-housing” after all.

No wonder so many voters have a hard time deciding which are the most “pro-housing” candidates in November. Even housing advocates can’t decide.

District elections also likely plays a role in diminishing the importance of a candidate’s stand on issues.

That’s why the winning supervisor candidates in so many races is the candidate who has personally talked to the most voters (which was true for the original election of Campos, Cohen, Wiener and Kim among others).