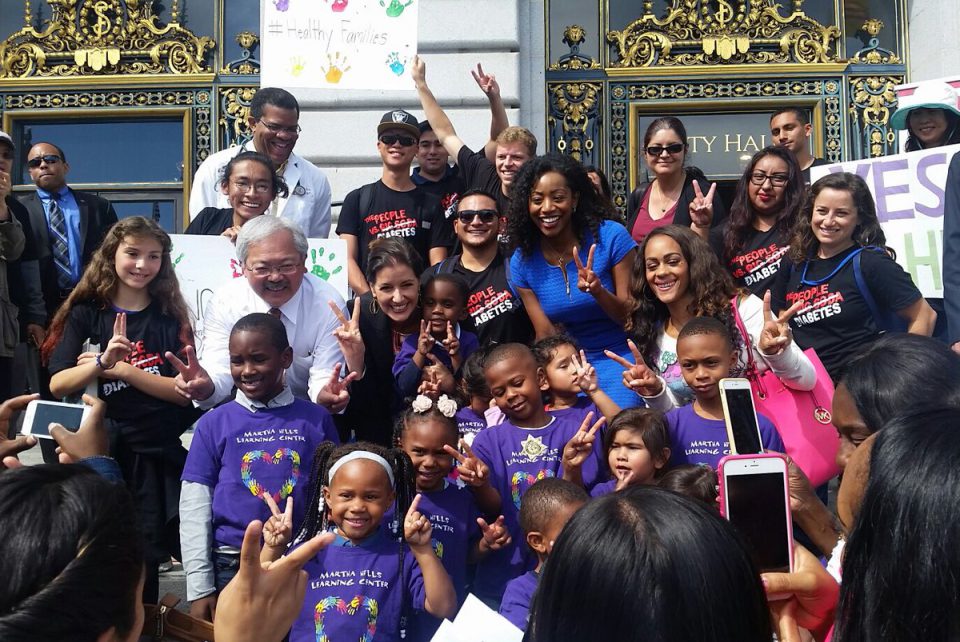 What can be said in response to Trump’s victory?

I thought no national election could be worse than 1980. That’s when Reagan’s expected presidential victory was coupled with the GOP unexpectedly taking the Senate.

Everyone knew when that Election Day began that it would end with Reagan’s election. In contrast,  I don’t even think people in Donald Trump’s camp thought he would win.

There will be plenty of time to analyze what happened last night. As someone who got the national election entirely wrong, I have three thoughts for now.

First, I misread America. I underestimated how Democratic Party identification with ethnic and racial diversity created an unyielding bloc of resistance from white voters, many of them non-college educated women (and male misogyny was certainly part of it as well).

I also misread the nation’s view of Obama. His 58% approval numbers concealed that he was never white America’s guy and many want his legacy not continued, but erased. I would like to go back and see his state by state approval ratings and see how they matched up with battleground states.

Third, America has been in denial about its racism since the first slaves landed on our shores. And it appears that the election of an African-American President brought many whites to seek a return to what they perceive as the “good old days.”

This election was not about working-class whites angry at NAFTA’s 1994 passage. This was about whites refusing to accept the “inevitability” of non-whites becoming an American majority.

I’ve already read claims that Trump’s win was not really about race because he won voters who backed Obama in 2012.  But this ignores a critical distinction: Mitt Romney did not make building a wall with Mexico and banning Muslims the centerpiece of his 2012 campaign. He did not try to tap the wellspring of racism that got many of those whites to shift to Trump in 2016.

Now on to San Francisco and nearby races. Keep in mind that there are thousands more ballots to count and races at all close cannot yet be called.

In the marquee State Senate match up, Jane Kim trails Scott Wiener by about 14,000 votes (San Francisco and San Mateo counted). That gap can be made up over the next week so this race is too close to call.

Victor Hwang won easily, after running arguably the most grassroots judicial race the city has ever seen.

The initiatives went as I expected. All of the four attacks on mayoral power (D,H, L and M) appear to have lost. Prop R, Wiener’s neighborhood crime measure that usurped the power of district captains, lost as did the realtors’ odious Props P and U.

Prop Q is ahead, but enough ballots remain to be counted that a loss is still possible. Given the money spent and the campaign message that Prop Q would stop camping, that Prop Q is so close is a good sign.

Less good, however, was voters silliness in backing Prop J’s funding of homelessness and transit while rejecting by a similar 66% margin the sales tax hike to pay for it. Was it really that unclear that both have to pass for the good things to happen?

Prop V won easily, another crushing defeat for Big Soda. Oakland and Albany also had soda taxes that prevailed, joining Berkeley. Thanks to Michael Blumberg for giving the pro-side the resources to win against the unlimited treasury of the sugar industry.

Props W and X appear to have won, as has immigrant voting, Prop N. It looks like Prop Q will win but there are enough votes outstanding for it to still lose.

So what have we learned from so many failed ballot measures in San Francisco?

One thing we learned is that groups and supervisors shouldn’t put measures on the ballot whose substance they don’t care about.

For example, nonprofit housing groups were so afraid they couldn’t beat Props P and U—which never found traction—that they placed the destructive Prop M  on the ballot as a “poison pill.”

The result? A lot of money had to be raised to protect the mayor from losing control of housing and economic development policy. Hundreds of city employees faced the loss of their jobs, and small business assistance faced the wrecking ball.

The nonprofits put almost nothing into Prop M because it was only a backup strategy for their campaign against P and U. They didn’t seem to care what was in the measure.

When you hear about big money coming into the SF elections, in Prop M’s case it was progressives who provoked it.

As for not caring about ballot measures, I didn’t see Norman Yee run any campaign for his Prop L. So why was it on the ballot? The same could be said for Prop D, which also had no campaign behind it.

The other message of this election is likely to be described as a shift of the Board to “moderate” control. This story line will be driven by Ahsha Safai’s likely replacing John Avalos in D11.

As I wrote in predicting Safai’s victory, a progressive was “guaranteed to win” in D11. Safai will be progressive on tenant issues and will be the “hands on” supervisor D11 needs.  With the addition of Safai, the subtraction of Kim or Wiener, and questions about where London Breed will stand on issues post-election all make the alleged shift to a 6-5 group of “moderates” a very misleading analysis.

Richmond won rent control with over 60% of the vote. Oakland strengthened its rent control protections and rent control is winning in Mountain View. For Alameda, San Mateo and Burlingame its try again; it’s hard to win rent control on the first try.

I’ll have more on Thursday. As Becket said in The Unamable, we must go on.