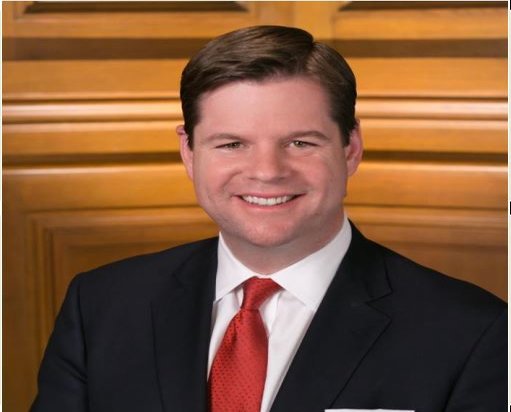 Last week, the San Francisco Board of Supervisors voted 6-5 to deny a .75% budget increase to nonprofit contractors. The .75% would have boosted the meager 1.5% the Board granted nonprofits in the current budget, which fails to meet the groups’ increased costs.

Now on March 11 a Supervisors’ committee headed by Mark Farrell—who opposed the increase and consistently opposes nonprofit increases—holds a hearing on efforts to improve the city’s supportive housing.  What is unlikely to be discussed is how Farrell and other city officials claim to be big proponents of supportive housing yet fail to provide the necessary resources.

San Francisco wants to expand and maintain supportive housing on the cheap. And as the example of public housing shows, the government’s ongoing failure to allow supportive housing contractors to keep up with rising costs is a recipe for problems.

A Fifty Shades of Grey Relationship

City political leaders know that the cost of operating businesses in San Francisco goes up more than 1.5% per year. That’s why the Mayor and Supervisors guarantee higher annual escalation clauses for the city’s for-profit  contractors.

But when it comes to supportive housing contractors and other nonprofits, their actual cost increases are ignored. “Do more with less” they are told. As if that line makes any sense in San Francisco’s booming economy.

“Do more with less” does not enable supportive housing providers to attract quality staff or to pay rising health care, insurance, rents, computer costs etc. Yet while the city’s supportive housing supply increases, the budgets of those providing ongoing services do not keep up.

Nonprofits even get less than their stated budgets because if a supportive housing provider does not incur costs, they lose the funds. Yet the Health Department provided no expanded services after getting a $1.5 million supplemental a year ago, and nobody has asked for the money to be redirected to other programs addressing homelessness.

And that “nobody” includes Supervisor Farrell, whose push for the supplemental was at odds with his insistence last week that the .75% increase for nonprofits via a supplemental appropriation was “bad process.” A process Farrell promoted a year ago for his pet cause is now “bad” when used to boost nonprofits.

I once had hopes for Farrell as a force for funding increased supportive housing, but soon learned that his desire to be seen as caring about the poor does not extend to actually using his power to make positive changes. He’s carved himself a spot as the media’s “go to” Supervisor on homelessness, despite never having worked in the area and knowing very little about it (a conclusion I base on past discussions with him).

The media loves promoting Farrell as a Pacific Heights investment guy who cares about homelessness. But his votes against cost of doing business increases for supportive housing providers have done nothing to help.

In fact, Farrell’s failure to hold the Health Department accountable for the millions he got them for a still failed homeless outreach program has made the problems on city streets even worse. If progressives David Campos or John Avalos had pushed for a supplemental and then did nothing while the money was not spent, Matier & Ross would be all over it.

While Farrell grills nonprofit supportive housing providers this week, he should instead be holding a special hearing to get that $1. 5 million back from the Health Department that they did not spend.

Farrell’s new colleague, Supervisor Julie Christensen, has demonstrated her own supportive housing funding hypocrisy. Christensen said she opposed the .75% nonprofit budget increase because there were a “lot of people with no money in my district” and that the measure was putting her in an uncomfortable position of having decide between their needs and those of nonprofits.

But there was no competing measure before the Board to fund the people in Christensen’s district who “have no money.” Christensen’s deciding “no” vote did not put a single penny in the hands of a poor person in Chinatown, North Beach or anywhere else.

In fact,  Christenson has done nothing since taking office that would help “those with no money” in her district. But you can be sure that she, like Farrell, is a big fan of “supportive housing.”

Many nonprofits and supportive housing groups have a Fifty Shades of Grey relationship with the Board of Supervisors. They sign contracts agreeing to quietly accept budget pain yet still yearn to be photographed with these Supervisors and invite them to their events.

Battling homelessness now reminds me of the Hunger Project folks who thought wearing a button saying we could end hunger “Now” could substitute for social and economic policies addressing the problem.

For example, Project Homeless Connect is sponsoring a March 11 Town Hall—featuring Farrell, of course—because they believe assembling random people in Nourse Auditorium will “begin a dialogue and brainstorm ideas about new methods to aid San Francisco’s most vulnerable.” The event is co-sponsored with Gregory Gopman, described in the Eventbrite announcement as an “entrepreneur and homelessness solutions advocate.”

No, this is not a satire. I’m glad that Gopman, who got fame by bashing homeless people, now advocates for solutions. And some experienced people in the field are included in the event.

But these events are designed to make people feel they are doing something. It’s no different than wearing buttons vowing to end hunger.

We’ve had enough meetings, conferences, and policy reports over the past three decades to know that the chief “solutions” to homelessness require more money. We also know that elected officials nationally and in California  have refused to boost  funding for affordable housing, supportive services, and income support, even though these are the chief tools to reduce the homeless population.

When times are tough, as they were from 2007-2012, nonprofit budgets take a hit. And when times recover, like now, city officials act as if the many years of frozen budgets never happened. Cuts made in bad times are not restored. The city acts as if no costs increased for five years and that a raise of 1.5%, for example, is sufficient.

For example, my organization used to have a capital budget to make SRO upgrades. That was eliminated and not replaced. None of the supportive housing providers who started or expanded with Care Not Cash in 2005 have been made whole after years of cuts or frozen budgets.

Mayor Lee is the biggest supportive housing advocate in City Hall, but he is not involved in decisions on budget line items.. Those details are left to budget directors’ whose own attitudes toward spending are more conservative.

Budget directors, not the mayor or city commissions who rubber stamp these budgets, end up deciding supportive housing funding for “the mayor’s budget.” This leaves it up to the Supervisors to get the additional money supportive housing groups and other nonprofits need.

But as we saw in the meager nonprofit increase passed in July 2014 and in the vote last week, San Francisco expects supportive housing providers to get by without sufficient resources. And when problems inevitably develop, the media will blame a nonprofit for a broken elevator or for not helping a difficult tenant who can’t get the services they need instead of highlighting City Hall’s failure to provide the necessary resources.

We can only hope that the upcoming mayor’s budget finally changes this dynamic.

Randy Shaw is Editor of Beyond Chron. He discusses SF homeless policies since 1982 in The Activist’s Handbook: Winning Social Change in the 21st Century