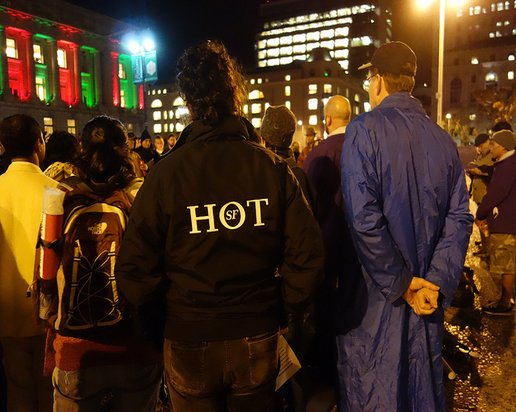 The San Francisco Health Department announced this week that it was cutting back on services provided by its Homeless Outreach Team through the end of November. The action comes despite the Board of Supervisors sharply increasing homeless outreach funding to meet the increasing number of homeless persons in city neighborhoods.

The action also follows increased complaints across the city about too many people sprawled out on sidewalks in need of assistance. This has nothing to do with homeless people allegedly being driven from Mid-Market to other neighborhoods, and everything to do with rising homeless numbers in major cities across the nation.

Last spring, Supervisor Mark Farrell took leadership in sponsoring a $1.3 million budget supplemental to address this increased need for homeless outreach. To the credit of the Board of Supervisors and Mayor, city officials stepped up to proactively address the growing need for outreach services.

Yet now we learn for the very first time that the Health Department (DPH) planned to suspend key homeless outreach activities from Sept 1-November 30 2014. This was not disclosed during the Supervisors hearing on the supplemental. In fact, when Supervisor Avalos questioned the need for a supplemental rather than waiting for the normal budget process, I joined DPH in expressing the urgency in getting this money out on the street.

I criticized Supervisor Avalos at the time for not appreciating the urgency of the problem. But his skepticism about DPH’s ability to get the new outreach teams going proved accurate. Now it appears that, contrary to what DPH told the Supervisors and the public, it also sees no urgency for translating its budget supplemental into increased homeless outreach.

CW Nevius recently described an increased need for homeless outreach in Duboce Triangle. Yet DPH is now reducing these vital services. And they are doing so after telling the mayor, Supervisor Farrell, the Board of Supervisors, and the public that a supplemental appropriation was essential due to the urgency of the need for more outreach.

From September 1st through November 30th, SFHOT will:

We will have one vehicle available for each shift. Thus calls for transportation of clients on weekdays will experience longer wait times. Please consider utilizing taxi vouchers or other resources to transfer clients who need only routine care.

New staff could have been hired while CATS phased out. The memo does not identify the level of cost savings associated with the reduced services but you can be sure DPH will not be refunding the $1.5 million budget supplemental it fought so hard to get.

DPH never told the Supervisors last spring that it  intended to put the CATS contract out to bid, and would connect the selection of a new contractor to a slashing of outreach services. If such information had been disclosed, it is doubtful the supplemental money for outreach services would have been allocated.

The public seems entirely unaware of the mess DPH has made with its housing stabilization program, which is often the end product of its street outreach.

As I detailed on May 14, DPH officials from Director Barbara Garcia on down knowingly placed homeless people in some of the worst maintained SRO’s in San Francisco. The City Attorney filed suit on May 12, 2014 against the family operating these hotels, whose rooms DPH continued to use despite being shown photographs and housing code citations demonstrating a pattern of violations.

Any nonprofit group engaged in subsidizing rundown units over a multi-year period would have had their contracts revoked long ago. But DPH is given free reign to use hundreds of SRO units however it seems fit.

It only stopped using the long complained of hotels when the City Attorney’s lawsuit gave them no choice.

Last October Mayor Lee gave the city a “C” grade on homelessness. I agreed with his assessment, as the city’s  “A” efforts in permanent housing are offset by its D grade on homeless outreach.

Since that time, the number of people in need on Tenderloin streets has greatly increased. And other neighborhoods are also calling for a smarter and stronger homeless outreach effort. That’s why Farrell and his colleagues joined the mayor in backing increased funding for outreach last spring.

But we now see that these funds have made no difference. And whether they will in the future is anyone’s guess.

With homeless outreach now being further cut almost until the end of the year, the Mayor needs to downgrade the city’s homeless report card from C—Satisfactory to D—Needs to Improve.

And as long as DPH is allowed to continue to spend millions without accountability, the city’s grade  will remain unsatisfactory.