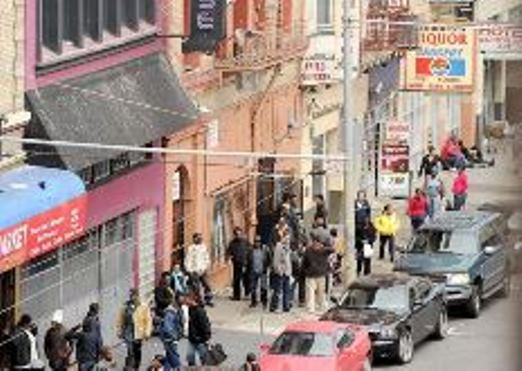 The San Francisco Chronicle’s December 10 Matier & Ross story on increased arrests of Tenderloin drug dealers quotes Danielle Harris, who heads the felony drug division in the Public Defender’s Office. According to Harris, “similar crackdowns have been tried before and have had little long-term impact. They go after the low-level dealers, and someone always takes their place.”

Harris is wrong. She is wrong about prior crackdowns and wrong in essentially suggesting that the police continue to allow the Tenderloin to remain open for illegal drug activities that would never be allowed in the city’s many gentrified neighborhoods.

Jeff Adachi has transformed the San Francisco Public Defender’s office into the nation’s best. His office provides consistently high quality free legal defense for indigents facing criminal charges. It is disappointing that a top Deputy would have such low regard for the Tenderloin’s multi-racial and working-class  residents as to challenge their right to the same safety on sidewalks as public defenders get in their home neighborhoods.

I’ve worked fulltime in the Tenderloin since 1982. I can think of only two prior crackdowns on drug dealing in the past 36 years.

The first occurred in 2009 after George Gascon was appointed Chief of Police. It was hugely successful. The Tenderloin had fewer drug dealers than at any time in decades, and residents were thrilled at being able to walk down the street without being hassled.

Unfortunately, the Public Defender’s Office and the former Sheriff challenged Gascon over the increased jail population and criminal caseload. And sadly for the people of the Tenderloin, Gascon gave in to their pressure.

I’ve never forgiven Gascon for that. He briefly show Tenderloin residents what life could be like without pervasive drug dealing in their community and then abruptly allowed the dealers to freely return. But the message from the crackdown was not that it had little impact; to the contrary, the Public Defender and Sheriff felt the crackdown had too much impact; they demanded Gascon pull the plug.

The other police crackdown occurred in 2014 and was targeted solely toward the first block of Turk Street (see pre-crackdown photo above). This crackdown was hugely successful, eliminating over fifty drug dealers from the high-crime block. Drug dealing never returned to the south side of the block, and only appeared sporadically on the north side.

Given the past history of successful Tenderloin drug dealer crackdowns, it is no surprise that the crackdown pushed by Mayor Breed over the last month has made a major difference. But it is far too soon to declare “Mission Accomplished.”

Open drug dealing continues on the 400 block of Turk, 300 block of Hyde, 400 block of Ellis and elsewhere. But there is no doubt that the increased enforcement has made a visible improvement overall (for example, the area in front long troubled Allstar Donuts site at Golden Gate and Hyde has greatly improved).

That’s why it is absolutely essential that the Tenderloin drug dealer crackdown continue.

The Tenderloin has long been a very profitable business location for the out of city drug dealers selling on its sidewalks. A crackdown where arrests seize drugs and illegal weapons makes the neighborhood less profitable. Low profit margins over time means that the dealers coming from Oakland will find another community in which to work.

Frank Zimring’s  The City That Became Safe: New York’s Lessons for Urban Crime and Its Control describes how hot-spot policing led to dramatic reductions in open drug dealing on New York City streets. The same strategy can work and is proving effective here.

The chief shortcoming of the Tenderloin police crackdown is that more officers are needed to root out longstanding drug areas. Improvement in much of the neighborhood does not help those living or working on blocks where open drug dealing remains.

Tenderloin families have lived with drug dealers in front of their homes for too long. I would encourage all public defenders to talk to Tenderloin families about what they feel each day walking through drug dealing; it might lead these attorneys to recognize that returning the neighborhood to pre-crackdown levels of drug activity is unacceptable.