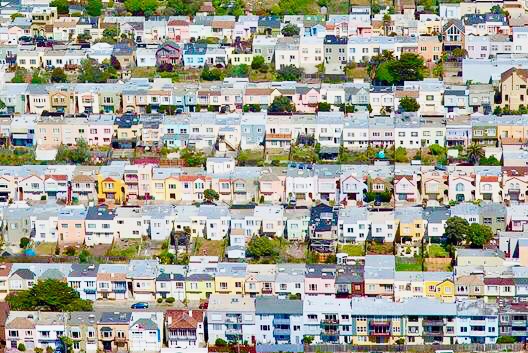 Last Saturday, the Council for Community Housing Organizations (CCHO) sponsored a mayoral forum on affordable housing. But the real story here was that only days before CCHO’s  steering committee had rejected endorsing Prop D, the Housing For All ballot measure. Prop D would bring millions of dollars for affordable housing, as well as millions to combat homelessness.

The leadership of an organization whose mission is affordable housing did not endorse a measure that will help 25,000 families and bring in around $1 billion for housing in the next decade? What’s going on here?

It’s hardly a mystery. Housing activists were completely unconcerned about CCHO’s not backing the largest affordable housing and homeless funding measure in San Francisco history.  Instead, they were busy criticizing London Breed for not attending the affordable housing forum. Photos of Breed’s empty chair circulated on social media while CCHO’s non-endorsement was ignored.

London Breed has endorsed Housing For All. She has highlighted its importance in the city’s efforts to combat homelessness by including it in her homeless plan. Yet some San Francisco progressives feel its more important for a a candidate to attend affordable housing forums than it is to endorse ballot initiatives that increase affordable housing.

No supervisor commonly identified as “progressive” has endorsed Prop D. Nor has mayoral candidate Mark Leno, who is running as the progressive candidate for Change.

The Harvey Milk LGBTQ Democratic Club showed how it felt about increasing funding for affordable housing and housing homeless persons by endorsing a No vote on Prop D.

That’s right. The Milk Club is recommending that voters not tax corporate landlords for the purpose of funding affordable housing. The Club did endorse Jane Kim’s Prop C, the childcare measure.

To his credit, Rafael Mandelman, the heavy favorite to win in D8 who is running as an affordable housing advocate, has endorsed Prop D. He also endorsed Props J and K in 2016 (note: an earlier version of this story incorrectly said Mandelman had not take a position on Housing For All. We regret the error).

This will be the second straight ballot measure (Props J and K in November 2016) seeking to fund housing for homeless persons that has not drawn support from key progressives like Jane Kim and Aaron Peskin.

Meanwhile,  people throughout San Francisco continue to despair over the city’s pricing out of the working and middle-class.  And demands are universal for the city to build more affordable housing

The “Politics” of Prop D

Support for Prop D is not a litmus test for people’s commitment to funding affordable housing. But progressives lack of support reflects a disconnect between their rhetoric about needing new housing funding and their lack of  action.

In the case of Prop D,. Jane Kim’s sponsorship of Prop C has led progressive supervisors, activists and organizations to either support that measure over Prop D or to stay neutral on both. Prop C raises the gross receipts tax to fund childcare while Prop D raises the same tax for housing and homelessness.

Those seeking to elect Kim mayor want to back her drive to pass Prop C. They see endorsing Prop D as helping Breed.  Of course, had Breed opposed Housing for All she would be accused of an outrageous and callous refusal to   support affordable housing.

That’s the politics of the mayoral campaign.

In November 2016, voters rejected measures (Props J and K) whose joint passage would have brought $50 million annual to address homelessness and $100 million for Muni, bike lanes and pedestrian safety (both had to pass and the one involving the actual tax hike lost in a landslide).

Aaron Peskin and Jane Kim both opposed Props J and K when voted on at the Board. Peskin submitted a paid ballot argument against Prop K, stating “Vote NO on Prop K. Time for real solutions, not more regressive taxes.”

Prop D, which is a gross receipts tax on large commercial landlords, is the opposite of a regressive tax. It satisfies Peskin’s requirement for “real solutions, not regressive taxes.” Yet he has denied requests that he endorse Prop D.

The $50 million to reduce homelessness included in Props J and K was excluded from Peskin’s proposed ballot measure (the proposed transit tax was shelved for Jane Kim’s childcare measure, whose funding tapped the same tax hike).

It certainly appears that for all the fears of the city becoming home to only the rich and subsidized poor  San Francisco’s progressive politicians have prioritized other needs over housing.  Housing For All is only on the ballot  because Mayor Lee was pushing it before he died and Supervisor Ahsha Safai was part of that effort.

Prop D is strongly backed by the Board’s other so-called “moderates.” It appears that it is “moderate” in San Francisco to push for new funding to combat homelessness and build affordable housing, and “progressive” to stay neutral on such  measures.

Prop D is also backed by the SF YIMBY Party. Progressives often wrongly claim that YIMBYs do not promote affordable housing; on Prop D the YIMBYs are on board and progressives are overboard.

On February 14, 2018 Jane Kim announced she was backing a $1 billion affordable housing bond for the November ballot. This gave progressives opposed to Prop D due to Breed’s support the ability to claim that they would support childcare in June and then housing in November.

Kim has since gone radio silent on the proposed bond. Many pointed out that it would require a major property tax hike for homeowners across the city, which would not help Kim’s efforts to get votes on the Westside (and would hurt her with homeowners citywide).

But the damage has been done. I routinely hear people talk about supporting childcare in June and housing in November, unaware that there will be no housing bond on the November ballot. Or that if there is a bond is has no chance of passing.

I state that with confidence for two reasons. First, nonprofit housing groups are backing a $4 billion state housing bond in November, and San Francisco voters will not also support a local bond on the same ballot. Second, the success of San Francisco’s 2015 bond was due to its $310 million price tag not raising taxes; this would not be the case with the $1 billion bond.CCHO, whose steering committee opposed Prop D, is considering raising the city’s business tax on residential landlords to generate $30 million annually for affordable housing. Berkeley and East Palo Alto passed such measures in 2016, and it would be favored to pass in San Francisco.

But $30 million a year is a drop in the bucket compared to the amount that would be raised by the passage of June’s Prop D. With new nonprofit housing costing $600,000 a unit, $30 million will not go far. This amount is dramatically less than the $1 billion that Jane Kim proposed  only last month.

So at the end of the day, progressive San Francisco is failing to take advantage of the city’s acute housing crisis to raise significant new housing funding. And progressive politicians gave no assistance, and have primarily hindered, passage of the Housing for All measure in June.

Funding affordable housing funding may be a top San Francisco progressive “priority,” but talk is cheap.

Randy Shaw is Editor of Beyond Chron. His new book, Generation Priced Out: Who Will Live in the New Urban America?, will be out this fall from UC Press.