SF Politics Gets No Summer Break 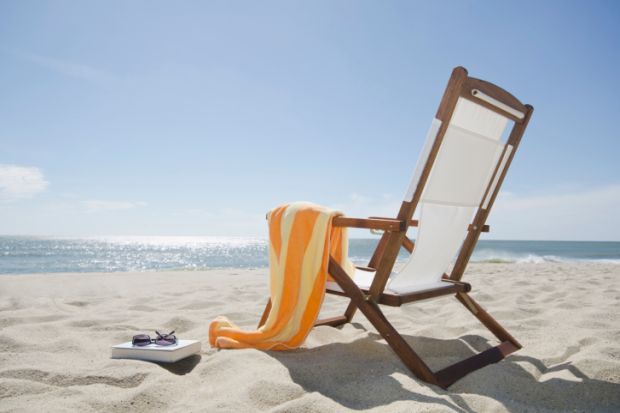 This week typically marks the start of a long San Francisco break from politics. The Board of Supervisors is on break until after Labor Day, and the bustle of City Hall offices is replaced by the silence of vacationing supervisors and staff.

In 2016 we not only have two supervisors running against each other for the State Senate, but almost all of the Board is either seeking re-election or connected to specific November ballot measures. Supervisors like Mark Farrell and Aaron Peskin, who could have taken the next month off, are backing initiatives for which arguments must be drafted and endorsements collected to meet the deadline for the official ballot handbook (Peskin does have an opponent but could win without a campaign).

Mayor Lee’s people can’t take August off because there are four measures on the ballot reducing the mayor’s power. The Ballot Simplification Committee which decides the text of the ballot questions has already begun meeting.  Opposition arguments must be drafted and endorsements collected for each, and must be done now to meet the short ballot handbook deadlines.

Even activists focusing on state politics cannot take a break. Governor Brown’s housing “as of right” proposal comes back to the legislature after Labor Day with San Francisco stakeholders on both sides of the issue.

Topping all of these August political activities is the presidential race, which ever since John Kerry got Swift Boated in 2004 no longer has a summer break. That California is safely a blue state doesn’t matter; politically active San Francisco Democrats are looking to make an impact in swing states by contacting voters personally or by phone.

Given the competing national and state races and record number of local campaigns , how will San Francisco activists prioritize their time?

Activists prefer working for candidates over ballot measures. Candidates can personally thank volunteers, and people can build relationships with politicians, not with ballot initiatives.

The top priority for the group customarily deemed “progressive” activists is electing Jane Kim to the State Senate. I also think this is Aaron Peskin’s top priority, despite his involvement in multiple ballot measures. Progressive activists working on supervisor campaigns in Districts 1, 5, 9 and 11 are likely to be residents of those districts.

Those deemed “moderate” activists (many of whom are actually progressive) will split their time between the Scott Wiener campaign, supervisor races, and opposing the four ballot measures reducing Mayor Lee’s power. These four initiatives are akin to candidate campaigns as they directly target Mayor Lee. The Housing Development Commission Charter Amendment also directly targets the staff of two city agencies, creating special incentives for them to work to defeat it.

San Francisco’s ballot features 25 initiatives, but none truly galvanize most voters. The only Yes campaign likely to have sufficient volunteers to run an independent field campaign would reallocate hotel tax funds (and general fund allocations) to arts and family homelessness (which reached the ballot through a signature drive, not via supervisors). And possibly the campaigns for the soda tax and free City College tuition.

Otherwise, nearly all yes campaigns will be waged via campaign ads, slate cards, and the official city ballot handbook. The value of the latter as a campaign messaging vehicle explains why activists must spend August getting key endorsements into that resource.

With resources stretched and a huge number of local measures, Saturday candidate mobilizations will likely include literature drops for measures the candidate supports. San Francisco voters can expect to see piles of campaign literature dropped on their doorstep on post Labor Day weekends.

With four ballot measures seeking to reduce mayoral power, the November 2016 election will be defined from an initiative standpoint as a referendum on Mayor Lee. Critics of the mayor were encouraged by Lee’s falling personal popularity numbers in a February poll, as well the decline of his approval numbers into the low-40’s. These numbers no doubt contributed to the Board placing four measures on a single ballot to reduce Lee’s power.

Has the Board overreached? We’ll find out in November.

Also at stake is control of the Board of Supervisors. The unusually high number of 6-5 votes since Peskin took office reflects two Board factions more united than perhaps never before. Odds are that after November the Board will remain split 6-5, and the election results will determine whether “moderates” or “progressives” have the upper hand.