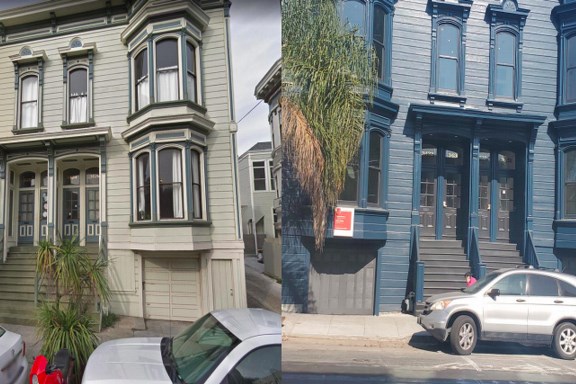 Richards is a predatory eviction speculator for profit. Our pro-tenant Board of Supervisors must remove him from the Planning Commission.

I have known about the Richards story for a long time. I held back from writing because I knew that Joe Eskenazi of Mission Local was also on the story. But Eskenazi’s November 27 story sought to protect Richards rather than expose him.

Instead of focusing on Richards’ wrongs, Eskenazi promoted his attacks. He titled his story, “Planning Commissioner Dennis Richards accuses Department of Building Inspection of conspiracy, quid-pro-quo offer.” Eskenazi played the role FOX News serves for Donald Trump, trying to turn a public lawbreaker into a victim of government overreach.

Eskenazi posted his story on the afternoon before Thanksgiving. Not a big online reading time. The timing ensured there would be no talk at City Hall about Richards in the days that followed.

The SF Chronicle’s JK Dineen picked up Eskenazi’s story last week but was unaware of some key details. It’s time for the full dimension of Richards’ outrageous wrongdoing to be front and center.

Ted was deeply troubled by landlords threatening tenants with eviction and then offering a buyout that tenants felt they had no choice but to accept. He wanted what the city ultimately enacted: a Pre-Buyout Disclosure Form that the landlord must submit to the tenant before negotiating a buyout. The landlord must file the form with the Rent Board along with a Declaration of Landlord Regarding Service of Pre-Buyout Negotiations Disclosure Form. If the landlord and tenant agree to a buyout, the landlord must file the agreement with the Rent Board within 46 and 59 days from the execution of the agreement. All agreements must be in writing.

Ted was always concerned that tenants under pressure would sign agreements that they would regret after learning their rights. That’s why the city law gives the tenant 45 days to rescind the agreement.

Gullicksen and Campos went as far as courts would allow to protect tenants. But all of us backing the legislation knew there are always real estate predators like Dennis Richards who treat tenant protection laws like toilet paper.

According to a Richards representative quoted by Eskenazi, the commissioner’s failure to comply with city laws regulating tenant buyouts was “an oversight.” Eskenazi then promotes Richards’ claim that the tenants actually initiated Richards plans to displace them from their longtime homes, citing the representative’s preposterous assertion that Dennis would not have purchased the property if the tenants had not been interested in moving.

Richards wants us to believe that a building of tenants initiated the idea of moving when a speculator approached them with the goal of converting their units to ownership. As if they were just waiting for someone to come along and buy out their tenancies. As a tenant attorney for 37 years I’m familiar with the stories speculators weave, and this one is a whopper.

Anyone who works with tenants facing eviction knows the drill. Speculators routinely buy properties assuming they will find one way or another to get tenants out; it does not depend on tenants allegedly announcing an “interest in moving.”

Of course Richards now claims not complying with city law was an “oversight.” Would we expect him to admit that he purposely violated the law out of fear that compliance would kill his multi-million dollar profit?

Richards paid $2.7 million in June 2017 (when he was already a Planning Commissioner) for a four unit building occupied by rent-controlled tenants. According to JK Dineen one family of Mexican immigrants was paying only $600 a month, roughly $3000 below market in the 22nd and Guerrero neighborhood. After Richards displaced the tenants and renovated the property, he put it on the market for $7.88 million.

This is how neighborhoods gentrify building by building.

Richards profited on the backs of the poor and immigrants. That’s who Dennis Richards is and what  he is about. The Board of Supervisors would never have appointed anyone with that track record to the Planning Commission.

They need to remove him now.

Check out the video of Richards’ bullying and arrogant behavior at the Board of Appeals hearing last week. The best part is at the 4:37:20 mark. A special bonus at the 4:32:20 mark is notorious Ellis eviction attorney Andrew Zacks speaking out (on unpaid time) in support of Richards.

Zacks loves predatory eviction speculators. He is a big fan of Dennis Richards.

Like Trump, Dennis Richards thinks nothing of bullying and attacking public employees. He said at the Board of Appeals hearing that building inspectors were “trying to get back at me” and accused the inspectors of “out of control criminal activity.”He also attacked the integrity of the Planning Department’s Scott Sanchez, a highly respected figure in the department.

Richards has defamed the hard working men and women of the Department of Building Inspection. He is attempting to intimidate them into allowing him to violate building codes, knowing that their responsibilities as public employees prevent them from openly fighting back.

His statements about DBI and planning alone disqualify him from remaining on the Planning Commission. Planning and DBI work very closely on all development projects. The city cannot have a Planning Commissioner with a personal axe to grind against DBI. DBI staff frequently testify at Commission hearings and should not face a Commissioner who believes they are engaged in criminal activities.

Planning Commissioners are powerful. Richards is using this power to intimidate city workers as well as others who agree with DBI’s position. He has a reputation for vindictiveness, and serving on the Planning Commission gives him the chance to exercise it.

Richards undermines the public’s confidence in San Francisco government. This should concern Board members who seek government solutions to local problems. The Board should also be concerned about the lax disclosure laws that allows Richards to hear cases involving Buscovich without openly disclosing their financial relationship. Eskenazi’s article claims that “Richards  makes a verbal note of his business relationship with Buscovich when the engineer appears before the commission” but I talked to people present at such hearings who never heard such a disclosure.

What if a Mayoral Appointee?

If Dennis Richards were a Mayor Breed appointee the Board would already have its removal motion prepared. And tenant groups would be accusing the mayor of siding with the worst form of speculators over tenants.

I hope we will now see this outrage now that a full account of Richards’ wrongdoing is clear. Tenant groups can’t protect predatory speculators and gentrifiers of any political stripe, and Richards conversion of a rent-controlled building on the border of the Mission is a disaster for affordability.