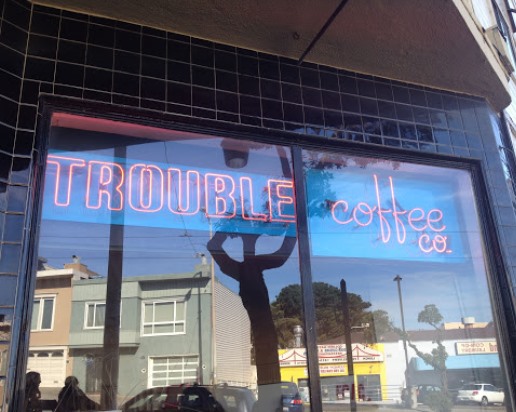 San Francisco loves small business. The city restricts chain stores to protect them, and helps prospective businesses navigate the approval process. Small business revenue recirculates in the local economy, and they create the type of jobs the city desires.

So why does San Francisco’s Transit Impact Development Fee (TIDF) penalize new small businesses where they are most needed? And in areas prioritized by the mayor’s “Invest in Neighborhoods” program? We’re talking about a law that taxes small businesses in struggling neighborhoods, while those in affluent  districts rarely pay. City officials know about the problem, but its up to the mayor and Board of Supervisors to change the law.

Transit Impact Development Fees (TIDFs) were first enacted in 1981 to address how new office development would increase demand for transit from new workers. Once limited to downtown, it now requires developers citywide to cover the transit impacts of their projects. It was amended as recently as 2013. There has been little controversy over the value of this law, as developers have come to accept that new office buildings or residential towers create additional burdens on MUNI that require a financial contribution. And strategies to increase MUNI funding outside of raising fares are always politically popular.

But a city law designed to target big developers defines “new development” to include a small business opening in a storefront vacant for at least five years. Or a storefront in continuous retail use that was technically “illegal” under the planning code because no formal change of use application was filed from the prior occupant.

Does the opening of a small business on a busy commercial corridor really generate tens of thousands of dollars of additional costs to MUNI? I don’t see how. And why is San Francisco penalizing people trying to open businesses where the city and local residents feel they are most needed—-in long vacant storefronts, which cause neighborhood blight?

The TIDF fee varies on the use, but a rough estimate is that a small business must pay at least $45,000 for a 3000 square foot use. That’s a drop in the bucket for Starbucks or Walgreens, but a huge and almost always unanticipated cost for small businesses trying to get their doors open.

Applying TIDF’s to such small businesses has its biggest impact in long stagnant areas like Mid-Market and the Tenderloin. I don’t want to get business owners in trouble by mentioning them specifically, but there are multiple sites where the city has begged for businesses to open and then hit new small businesses with TIDF fees.

I know of a major example where a real exciting project in a long vacant Mid-Market space is being scaled back due to steep TIDF fees. And the proposed use was not the type of business that would cause anyone to make a separate MUNI trip.

Mid-Market’s lack of retail history requires some locations to create ground floor retail where none previously existed. That’s great for pedestrians and an active stret life, but any business occupying this “new” space is hit with the TIDF.

Meanwhile, the city’s most affluent retail districts—such as Union Street, Chestnut, Noe Valley’s 24th Street—are not impacted by the TIDF because their storefronts are rarely vacant for five years.

So San Francisco penalizes people for trying to revive troubled neighborhoods while giving a pass to an identical business in an upscale neighborhood. And this disparate treatment is based solely on the prior use of the space.

Think about this. San Francisco is taxing small businesses not on their use, but on whether their space was vacant for five years. We have gone way off course from charging highrise developers for the impact their employees would have on MUNI.

Assume a restaurant closes after years of operation. The owner is unable to attract a new tenant to the space due to economic difficulties, or its troubled neighborhood. When the new small business arrives, it is charged a TIDF fee even though its customer base might not exceed that of the prior restaurant when it operated at the same site.

So even though the new business has not greater impact than the earlier business, it must pay a steep fee. This makes no sense.

The city has exemptions from the TIDF, but they do not protect the vast majority of small businesses. San Francisco prides itself on passing smart laws; the current TIDF fails this standard.

Mayor Lee and the Board need to change TIDF law to exempt businesses opening in long vacant storefronts or who are opening in newly created retail spaces in existing buildings. While the examples I am most familiar with are in Mid-Market and Tenderloin, the TIDF is also hurting other areas working to revive.