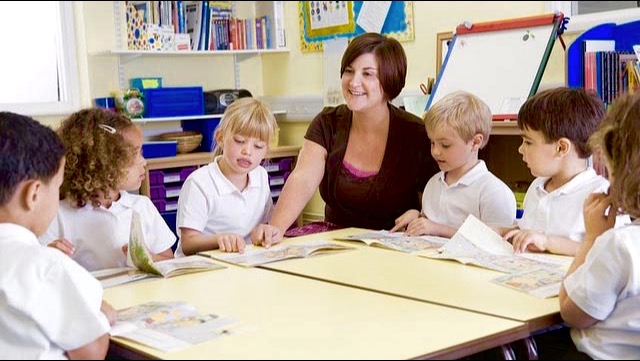 Teachers would be eligible for inclusionary housing under proposed new rules

Supes to Decide Whether to Help Middle-Class

A new battle is brewing over San Francisco’s inclusionary housing law. And once again, some progressives are ignoring the broad public support for using private development to leverage more affordable housing for working and middle-class families.

The dispute concerns the percentage of units required to be affordable and the far most challenging question of who should benefit from the city’s inclusionary law.

On the issue of whether developers should be required to make 25% affordable or closer to 18%, the actual impact on numbers of units created is small. As Kristy Wang of SPUR points out, “San Francisco has spent an inordinate amount of time fighting over a tool that has produced roughly 3000 inclusionary units since the requirement was first adopted in 1992.” Wang notes that nonprofits have created over five times that number of affordable units during that time, and an additional 172,000 housing units are covered by rent control.

The more important question is this: Who should the city be helping through its inclusionary housing program?

Although I head an organization (the Tenderloin Housing Clinic) that is San Francisco’s leading provider of permanent housing for formerly homeless single adults, my position on this question has been clear for a decade: San Francisco must prioritize housing assistance to working and middle-class families. This requires raising affordable housing income limits in order to house teachers, nurses and other union households. Few of these households are eligible under the current 55% area median income limit (currently $41,450 for a single person, $55,250 for family of four)

I wrote on October 22, 2007 (“San Francisco Soon to be Union-Household Free”) that “San Francisco’s fabric depends on union households, and the city’s future is imperiled by their continued displacement.” The problem then, and now, is that because city housing policies prioritize assistance to households earning less than the vast majority of union members, this group is denied help in trying to live in the city.

I also urged in that story that the city use density bonuses to increase housing opportunities for working families.  I felt strongly enough about the issue to author a measure for the June 2008 election (“June Initiative Boosts Housing for Working Families,” January 16, 2008 ) titled the “Incentives for Family-sized Affordable Housing Units” initiative. It was designed to ensure families got a greater share of inclusionary housing. Unfortunately, it was pulled from the ballot fifteen minutes before the deadline after Mission activists convinced Supervisor Maxwell—one of the four signing to put it on the ballot—that it would cause gentrification (the other signers were Ross Mirkarimi, Aaron Peskin and Bevan Dufty).

The false claim that housing working families causes gentrification prevailed then, and I suspect will resurface again to allow the city to continue shutting families out of inclusionary housing.

Supervisors Ahsha Safai, London Breed and Katy Tang are committing to get families the help they deserve, and any Supervisor claiming to care about keeping kids in San Francisco needs to support their program. Tang is calling it Home SF . It would provide bonuses for developers who create housing with 30 percent affordable units and 40 percent of the projects must include two or three bedroom units.

The Council of Community Organizations (CCHO) opposed our proposed 2008 initiative and now opposes raising the income eligibility limits for affordable housing. This group of affordable housing advocates see raising income eligibility as a big “gamble” and a mistake. According to CCHO’s Peter Cohen and Fernando Marti, “If we know who is being hardest hit by the affordable housing crisis, then why is this proposal cutting out low-income San Franciscans who are severely rent-burdened and also deserve the opportunity to live in mixed-income “inclusionary” housing?”

The Safai-Breed-Tang proposal does not “cut out” the 55% eligibility; it spreads the rental inclusionary allocation to higher incomes. While this means fewer units available for that lower income group, the CCHO analysis ignores the millions of dollars San Francisco spends annually housing the “hardest hit” low-income San Franciscans.

Public Housing’s Hope SF program, the Master Leasing program for the formerly homeless, and the Direct Access to Housing (DAH) program all demonstrate the city’s commitment to housing our most rent-burdened residents. Anyone who claims that San Francisco housing dollars are not fairly allocated to those most in need have their facts wrong.

Meanwhile, most of San Francisco’s working and middle-class gets almost no city help obtaining housing. There’s nothing “progressive” about such an  anti-working and middle-class housing policy. I think most San Francisco’s want the city’s teachers to live in the city, and rendering them ineligible for inclusionary housing—as the law long has done– is the wrong approach. Raising the eligibility limits to cover teachers is a necessary companion to the passage of SB 1413, the bill backed by then State Senator Mark Leno and Mayor Lee  to give teachers and school district employees the exclusive right to affordable housing built on school district owned land.

While CCHO claims that voters’ rejection of Prop U last November (the Realtors-backed initiative that sought to shift all inclusionary housing eligibility to the middle class) shows that the Safai-Breed-Tang proposal is not popular, Prop U was retroactive. It would have increased inclusionary income limits to existing projects, creating a massive financial windfall for for-profit developers. It also raised eligibility income limits for both rental and homeownership, whereas the new proposal includes lowering the income levels for both,

In contrast, the Safai-Breed-Tang measure only applies to new developments. There is no developer windfall as higher inclusionary rents and prices will translate into a greater number of affordable units. This is an entirely different proposal than voters rejected.

The proposal for higher inclusionary eligibility is still a work in progress. This means that people should turnout at hearings to express their views on what the outer limit should be. The most recent drafts included a range of  rental eligibility from 45% to 120% , while homeowner eligibility for below market condos (now 90% of area median) would go from 80% to 150% .

Expanding eligibility for inclusionary housing programs is vital if San Francisco is going to maintain political support for funding affordable housing.  Progressives need to be honest about what the city is spending to assist the most severely rent burdened, which means including those living in leased housing in their analysis.

San Francisco needs a thriving middle-class.  The city’s inclusionary program should have been reformed more than a decade ago to address this crisis, and Safai, Breed and Tang deserve thanks for taking on this “third rail” political issue.