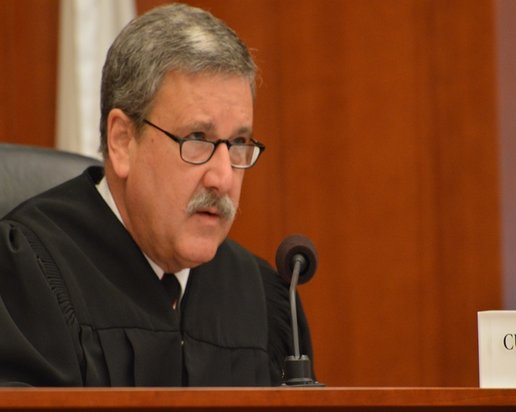 Karnow is a Menace to Tenants

In 2011, San Francisco Judge Curtis Karnow issued what many believe is one of the most anti-tenant rulings ever handed down in the city. The ruling evicted 75-year old Ernesto Hernandez from his North Beach apartment of nearly thirty years, an outcome only achievable by Karnow invalidating a city regulation that should have protected Hernandez.

In other words, Karnow went out of his way to throw a longterm, elderly tenant out on to the street.

People need to fully understand what Karnow did in this case. The judge’s actions were so egregious that the story of the case appeared in the New York Times. (Karnow is not named in the story but I have the court papers that confirm he was the judge).

Karnow didn’t just financially reward the landlord seeking to evict Hernandez by giving him a vacant unit. The judge  opened the door for the destruction of rent control and eviction protections for tens of thousands of San Franciscans tenants protected by such laws.

Ernesto Hernandez faced eviction because he supplemented his $600 monthly Social Security check by subletting a room in his apartment to another tenant who would help pay the rent. Hernandez had long had the right to sublet. But four years after landlord Paul Marino purchased the building in 2005 he issued a notice to Hernandez terminating his over two decades of subletting rights.

Marino’s notice was clearly a “material change” to Hernandez’s tenancy. Subletting is a valuable right. Now this new landlord was eliminating it, to the tenant’s financial detriment.

San Francisco’s rent control regulations protected tenants like Hernandez in such situations. A regulation prevented tenants from being evicted for not agreeing to “material changes” in their tenancies.

The policy reason is obvious. If landlords are free to make major changes to tenancies—-which commonly include eliminating parking spots, denying subletting, denying visitors, or changing occupancy limits—they can engineer changes that essentially force the longterm tenants to move.

I know this issue particularly well from another case that represents the travesty of Karnow’s ruling.

I represented a tenant in the upper Fillmore whose landlord issued a thirty day notice seeking to eliminate one of her bedrooms. That’s right. The landlord sought to renovate my client’s below-market rent home by taking away one of her bedrooms and adding the space to another unit in the building.

I filed a challenge to the building permits with the Board of Appeal and we got the Board to kill the permits. But had the tenant not contacted me in time, the 15 day appeal permit would have passed. Our only recourse would have been to stop the tenant’s eviction by relying on the rent control regulation that prevents tenants from being evicted for failing to accept “material change” in their tenancies.

Karnow found that since state law gives a landlord the power to change the terms of a month to month tenant’s rental agreement on thirty days’ notice,  that practice should apply in rent control jurisdictions as well. But since state law allows eviction without cause it understandably allows changes in tenancy terms. Allowing landlords to make unilateral material changes in cities with rent control and just cause eviction protections makes no sense—unless your goal is to subvert such laws.

To his credit, Karnow was not bashful in showing his contempt for the tenants of San Francisco. He found that Hernandez had agreed to the no sublet provision on the grounds that “consent to new covenants is implied by his continued residence.”

Let me break this down. Judge Karnow ruled that because the 75 year old Hernandez did not vacate his longtime home after being issued a material change in his tenancy, that this meant he “consented” to the change.

In Karnow’s twisted legal reasoning, a tenant either moves out after the landlord seeks to change terms of their tenancy or stays and “impliedly consents” to the change.

Karnow’s interpretation gives tenants no choice. The landlord’s power to take away a tenant’s sublet rights, parking spot, visitor rights, or any other rights is unlimited and unilateral. Karnow’s legal reasoning would even allow a landlord to tell a longterm tenant they were removing a bedroom from their tenancy—and then to evict them and possibly charge them attorneys fees if they did not move.

I’ve heard people say that Karnow is a strong legal scholar. If true, that makes the result-driven legal reasoning and viciousness he used to evict Mr. Hernandez even more insidious.

This was not a case where a pro-landlord judge threw out a newly passed city law to protect tenants. Those rulings are bad enough. But Karnow had a 75-year old, thirty year North Beach tenant in his courtroom. Instead of simply following the law to keep him in his home he used his full judicial powers to throw him out.

That’s all I need to know about this judge.

I’ve heard people say that Karnow “saved” City College by ruling against the rogue state agency trying to close it down. But no San Francisco judge was going to rule to shut down City College. He would have no chance for re-election had he ruled otherwise. And that decision did not restore Ernesto Hernandez to his home.

San Francisco revised its regulations to close the gaping loophole Karnow created. But Karnow gets no credit for the failure of his plan. His intent was to gut rent control and just cause eviction protections for tens of thousands of San Franciscans.

Karnow is opposed in the June election by Maria Elena Lopez Evangelista, a felony litigation and trial attorney at the San Francisco Public Defender’s Office. Evangelista was born and raised in the SOMA neighborhood. Her parents came to California to work as migrant farmworkers picking tomatoes and grapes.  They had no formal education and moved to San Francisco for a better life.

It’s unbelievably difficult to defeat a sitting judge in San Francisco. To my knowledge it has only happened once (by Donna Hitchens). The city’s political and legal establishment rallies around incumbent judges—as is occurring for the June 2018 races— even when they are Republicans or Republican appointees who do not share the city’s values.

That’s why pro-tenant San Francisco has had a judiciary hostile to tenants and rent control for my entire legal career, which began in 1982. San Francisco has had judges whose views would automatically exclude them from winning elective office in the city, but who get by on the theory that it’s wrong to unseat a judge absent moral turpitude.

So Judge Curtis Karnow is a huge favorite to win. But that does not change this essential fact:

Karnow is a menace to San Francisco tenants. Period.