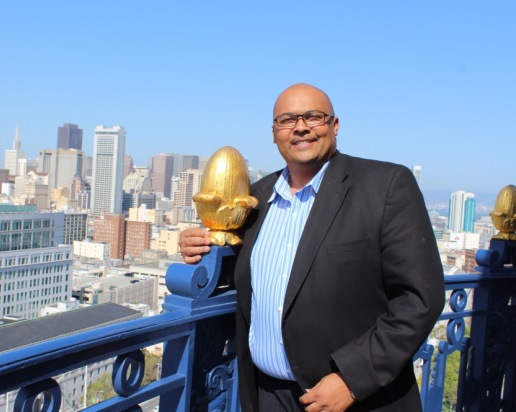 San Franciscans learned this weekend that the primary purpose of the SF Health Department’s Homeless Outreach Team (HOT) is not getting people off the street. As DPH’s Rachael Kagan told the SF Chronicle’s Matier & Ross,   “‘I’m not sure the function of the team is to get people off the street,’ unless it is to a hospital or, if they are passed out, to a sobriety center.”

Kagan’s statement was telling. It explains why a $3 million plus DPH funded program with 24 outreach workers, 20 case managers, social workers and medical staff has not met expectations.

The entire DPH “stabilization” program was poorly conceived from the outset during the tenure of former Mayor Gavin Newsom.  It has lacked focus despite Mayor Lee and the Board of Supervisors nearly doubling funding for outreach workers one year ago.

The flaw in San Francisco’s HOT program is its failure to directly connect outreach to either housing or shelter. People were taken off the street and placed in SROs at city expense for months on end without DPH even qualifying them for Care Not Cash. What distinguished those living rent free for months from Care Not Cash or other recipients of city benefits was never made clear; the entire process was almost random.

The HOT program did “stabilize” some formerly homeless persons, but got them into SRO rooms at an extremely high social and financial cost.  It had no strategy for those declining free housing or shelters other than to allow them to stay on the sidewalk.

I spent years complaining about the rundown housing used by DPH’s HOT program for its “stabilization” beds, even showing photographs of extreme housing code violations in such housing to DPH Director Barbara Garcia. But it made no impact. The city only stopped subsidizing the city’s worst landlords after City Attorney Dennis Herrera filed a lawsuit against the SRO provider supplying most of the “stabilization” rooms.

Fortunately, San Francisco’s homeless outreach program has laid the groundwork for a new direction. The new Navigation Center includes both prerequisites for success: supervision with a direct line to the mayor’s office, and the prioritizing of getting people off the street and into shelters or housing.

Neither perquisite is met with DPH’s standard HOT program.

After Mayor Lee told the media that St. Mary’s Cathedral should have called the city’s Homeless Outreach Team instead of dousing campers with water, DPH undercut the mayor by saying that getting people off the streets was not HOT’s “function.” Such is the disconnect between what the mayor and other city officials think should be happening with homeless outreach and what is actually going on.

San Franciscans have always wanted homeless dollars prioritized toward getting people into shelter and housing. Whether this takes the form of permanent housing or short-term shelters, public sentiment has not favored spending money to make it easier for people to live on the sidewalk or under an overpass.

Homeless outreach is too important for the city’s best funded program to be administered by mid-level officials in the city’s vast Health Department. The HOT program should either be run out of DPW, the mayor’s office directly, or under the auspices of the City Administrator.

As I argued last week, (“5 Actions for Mayor Lee on Homelessness”), effective homeless outreach requires a top administrator with connections to the mayor’s office. There is a direct correlation between effective city leadership and productive city services, which is why DPW operates so well under Mohammad Nuru and agencies under the City Administrator run effectively under Naomi Kelly.

DPW is the city agency best equipped to deal with people on the streets. It has the 24-hour operation that homeless people need, and is already involved with homeless street activity on a daily basis. DPW staff lacks health backgrounds, but DPH has already hired line HOT staff to perform these services. The HOT would still be comprised of DPH workers, but would now be supervised and directed by DPW leadership.

This time of inter-departmental coordination occurs all the time in government. It’s simply a question of DPH transferring supervisorial dollars to DPW.

Mohammed Nuru may not forgive me for recommending his shop take on this seemingly no-win role of addressing street homelessness. But DPW would vastly improve San Francisco’s homeless outreach services. It would also put Mayor Lee on the same page with a critical function of his administration.

DPW has such support in San Francisco that if it took on the task it would restore public confidence in San Francisco’s homeless outreach program virtually overnight.
The homeless problem has always been driven by perception, and with Nuru ultimately in charge the perception would be that the city’s best is on the job.

The Navigation Center was a positive break from business as usual in San Francisco homeless policy. Shifting supervision from DPH to DPW is the next essential step.