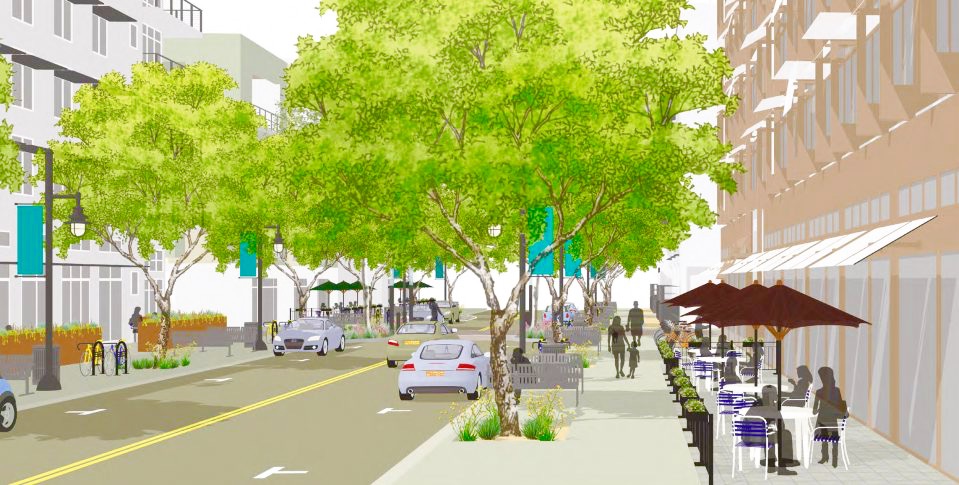 The San Francisco Housing Action Coalition (SFHAC) is doing something long overdue and badly needed: it is mobilizing pressure on city councils to build housing outside San Francisco. From Brisbane to Mountain View, SFHAC is showing the connection between the South Bay not building housing to meet new jobs and the price impacts in San Francisco.

Two ongoing projects, including the squabble for 4,500 units in Brisbane and the fight for close to 10,000 units in Mountain View, highlight how coalitions of pro-housing groups from around the Bay Area have been organizing together in recent months.

The most recent example, and so far, successful, is the North Bayshore project in Mountain View proposed to build 9,850 units if plans are approved by the city council next month.

Pilar Lorenzana, deputy director of Silicon Valley At Home, an affordable/middle-income housing advocacy organization in the South Bay, organized housing groups down there in support of North Bayshore. They also organized for a 20 percent on-site affordable housing element to be added to the plans. She said regional partners like San Francisco Housing Action Coalition (SFHAC) and SF YIMBY showed up in numbers to the Sep. 26 city Mountain View City Council meeting to support the project.

“Housing policies that are decided in one jurisdiction such as Mountain View see ramifications of those policy decisions ripple across the Bay Area,” she said. “That’s another reason why you see organizations that are predominately associated with San Francisco starting to shoot towards local grass roots organizations in the South Bay.”

Lorenzana appreciates the support, saying SF YIMBY and SFHAC were extremely vocal during the Sep. 26 city council study session that called on Mountain View to build almost 10,000 units of housing.

For the Bayshore project “a strong grass roots-level advocacy base led the charge and our regional partners showed up in a way that respected the local level grass roots organizations,” she said.

A month and a half ago, SFHAC added a full-time staffer to its ranks to focus on its housing advocacy in the South Bay. Nico Nagle lives in Mountain View, so it wasn’t a far drive for him to attend the Sep 26. city council meeting to advocate for North Bayshore on behalf of HAC. He was really impressed by the pro-housing attitude there.

“Mountain View struck me as a strange thing, there were only two people who spoke during public comment who said they didn’t support the project,” said Nagle. “The room was very much with it, there was a moment realism that a lot of us in San Francisco were not expecting.”

Todd David, executive director at SFHAC, said the group’s advocacy work outside of the city is due to the Bay Area housing shortage being a regional problem, and not one isolated to individual cities. To stabilize housing prices in San Francisco, David wants to see around 50,000 units built near Bay Area transit and job centers every year.

David says the 50,000 number comes from Ted Egan, San Francisco’s chief economist, who said at a recent SPUR event moderated by David that if San Francisco builds 5,000 new homes a year for 20 years the city’s housing prices should stabilize.

Mayor Ed Lee must have also liked Egan’s numbers, because last week he called for San Francisco to construct 5,000 new homes every year. David says it’s reminiscent of what SFHAC wants to see in the entire Bay Area.

“I wouldn’t say we have a strategy for the South Bay, but I would say we have a Bay Area goal and its similar to the mayor’s announcement,” David said.

Laura Clarke of SF YIMBY also attended Sep. 26 Mountain View City Council meeting in support of the close to 10,000 units being built at North Bayshore. Although no project is a magic bullet, she says building more housing in Mountain View will put downward pressure on rents in San Francisco.

“We have a fragmented political system right now (in the Bay Area), where each municipality thinks, acts and operates only in its own interest and that’s breaking the entire region,” Clarke said. “Each city and town often decides to build offices, hotels and retail only, and not build housing.”

The Mountain View City Council is anticipated to vote to allow the construction of North Bayshore on Nov. 15, according to Pilar Lorenzana.