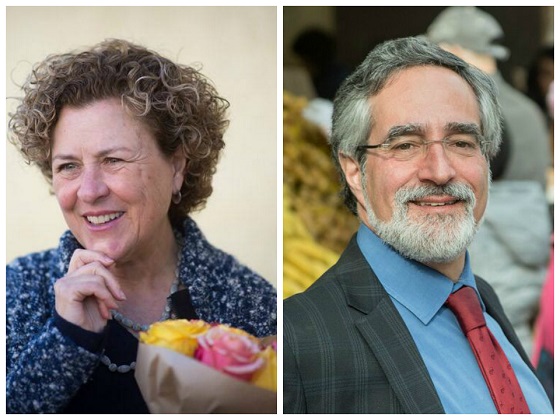 Christensen-Peskin could repeat in November 2016

I’ve got bad news for those thinking that the political conflicts underlying San Francisco’s increasingly nasty election season will end on Nov. 3—they won’t.  To the contrary, battles over short-term rentals (Prop F) and market rate housing in the Mission (Prop I) will continue regardless of what voters decide. And even the Peskin-Christensen race could be replayed in 2016 should Christensen narrowly prevail in a low turnout election.

The current political mood is not what Mayor Lee had in mind when he took office in 2011. Lee publicly announced hopes to replace a tone of divisiveness and conflict at City Hall with a consensus-driven model. And on many big issues—such as the Affordable Housing Trust Fund, business tax reform, the city budget, the local minimum wage increase, and Prop A, the Affordable Housing Bond—he succeeded. But the three above campaigns involve areas where the mayor failed to bring consensus, and these conflicts will be front and center in the mayor’s second term.

The outcome of Prop I, the Mission moratorium, is only the beginning.

If Prop I loses, activists will continue to oppose every market rate project in the Mission on the streets and at City Hall. It is likely that a new ballot measure will emerge for November 2016 that will raise inclusionary housing requirements in Mission developments to 33% or perhaps 50%, ensuring another battle with developers (though a 33% affordable housing requirement for the Mission would so easily pass it might not provoke such a struggle).

If Prop I wins, developers will almost certainly begin collecting signatures for a special election (or for the state election next June) to overturn the initiative. No developer has suggested this to me but property owners and developers don’t take political defeats lightly. And with so much money at stake for Mission developers whose projects would be halted for at least 18 months, they have nothing to lose by going back to voters with an initiative they have drafted to shorten or end the moratorium.

So the battle over Mission development will continue long after November 3, 2015. It will also be a dividing line in the Kim-Wiener State Senate battle and the District 9 supervisor’s race, both to be decided in November 2016.

In my article this week on Airbnb winning the battle but losing the war in its approach to the Prop F campaign, I noted that many Airbnb opponents “will disregard even a huge Prop F defeat as not being a fair fight.” Some responded that “there should be no whining in politics,” as if those questioning the nature of the No on F campaign should just accept the voter’s decision and move on.

That’s not how politics works. Defeated ballot measures routinely reappear in different or even the same form, as the many California initiatives to restrict abortion rights or the payment of union dues attest.

In the case of Prop F, opponents could understandably feel that even a large defeat was a referendum against people spying on or suing their neighbors, not on short-term rental restrictions. In fact,  Prop F’s provisions restricting short-term rentals have gotten very little attention.

That will change right after the election should Prop F lose.

Nowhere has Mayor Lee’s hope to promote consensus over conflict failed more publicly than in the Peskin-Christensen race in D3. This race has really fallen into the mud, even promoting the racist anti-Chinatown tenant reporting that should have stopped after 2011 (while the SF Chronicle promoted phony voter fraud claims in Chinatown against Mayor Lee in 2011, it is now trying to legitimize similarly false charges waged by paid political operatives of Julie Christensen to discredit supporters of Aaron Peskin).

It’s not unusual for supporters of rival candidates to despite their opponents. But the duration of the D3 race (which has been at a sprint since January) and the personalities involved have made it one of those elections where the two sides are not going to make peace after ballots are counted—or perhaps ever.

The winner of this race must run for a full term next November. If Christensen loses, she is done. If Peskin loses due to a low voter turnout, however, he or another progressive (if Peskin chooses not to run) could win in November 2016 simply by adding Peskin’s 2015 vote total to the thousands of tenant voters that skipped this race.

The ultimate irony of election 2015 is that for all the money spent by allies of Mayor Lee  to elect Julie Christensen, the mayor’s best chance for bridging divisions in San Francisco may be with Aaron Peskin winning in D3. The mayor cannot bring the city together around a common vision without a negotiating partner on key issues, and Peskin is best positioned to serve that role. The mayor and Christensen backers don’t see it that way, and many Peskin backers want nothing to do with Mayor Lee.

But stranger things have happened in politics. We will soon learn whether this unlikely approach to healing deepening divisions in San Francisco has a chance of becoming reality.

Randy Shaw is the Editor of Beyond Chron. He will be speaking about his book, The Tenderloin: Sex, Crime and Resistance in the Heart of San Francisco, on a panel with Gordon Chin and David Talbot at the Howard Zinn Book Fair on November 15.